A life on hold 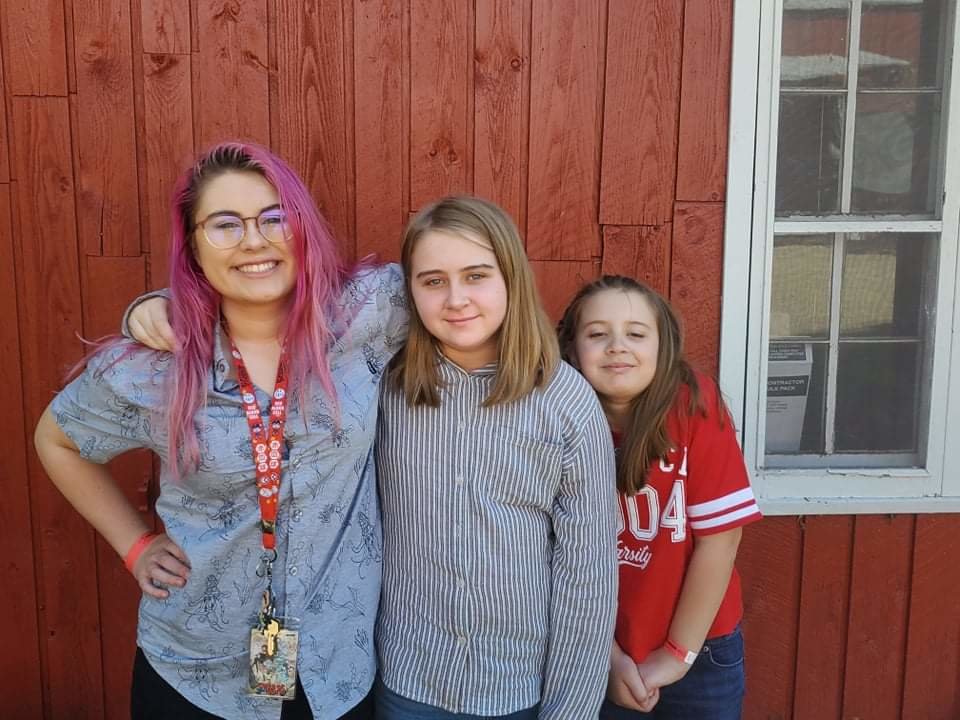 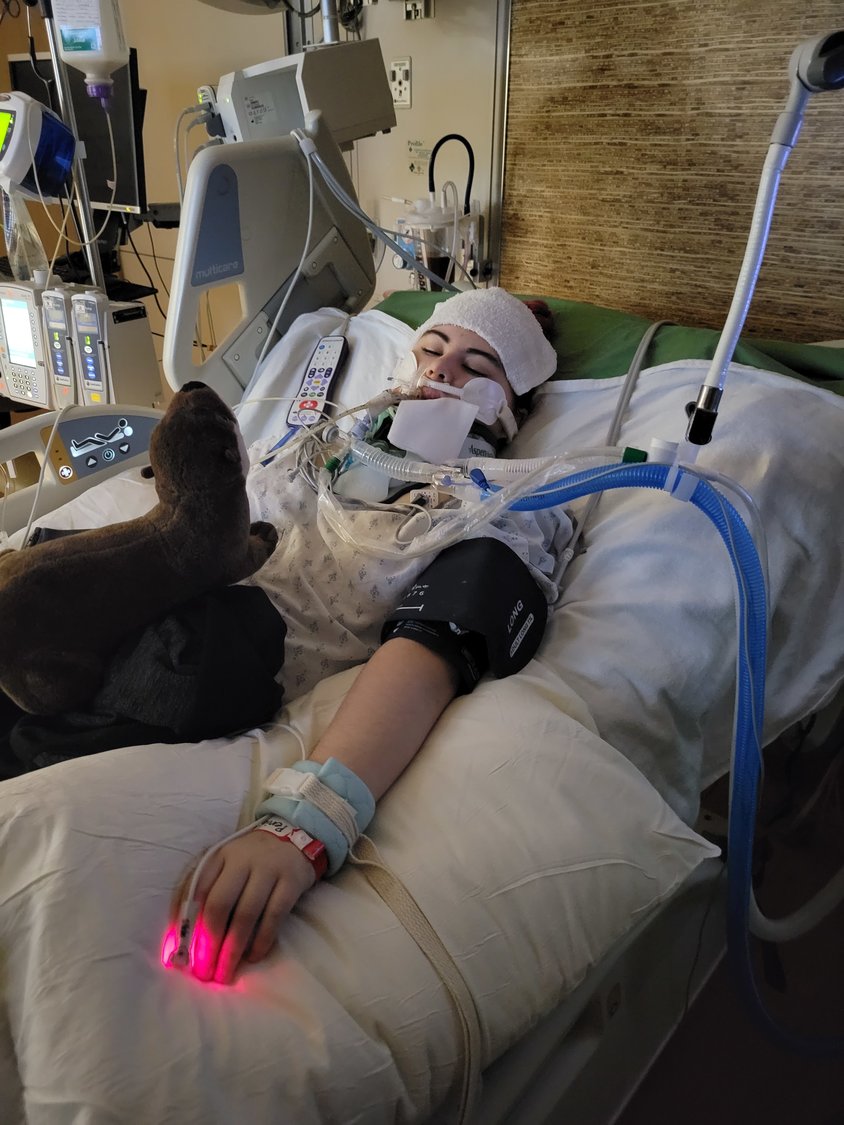 Samara is in Gundersen Lutheran Medical Center in La Crosse and has a stuffed version of her favorite animal, the otter.
Contributed photo 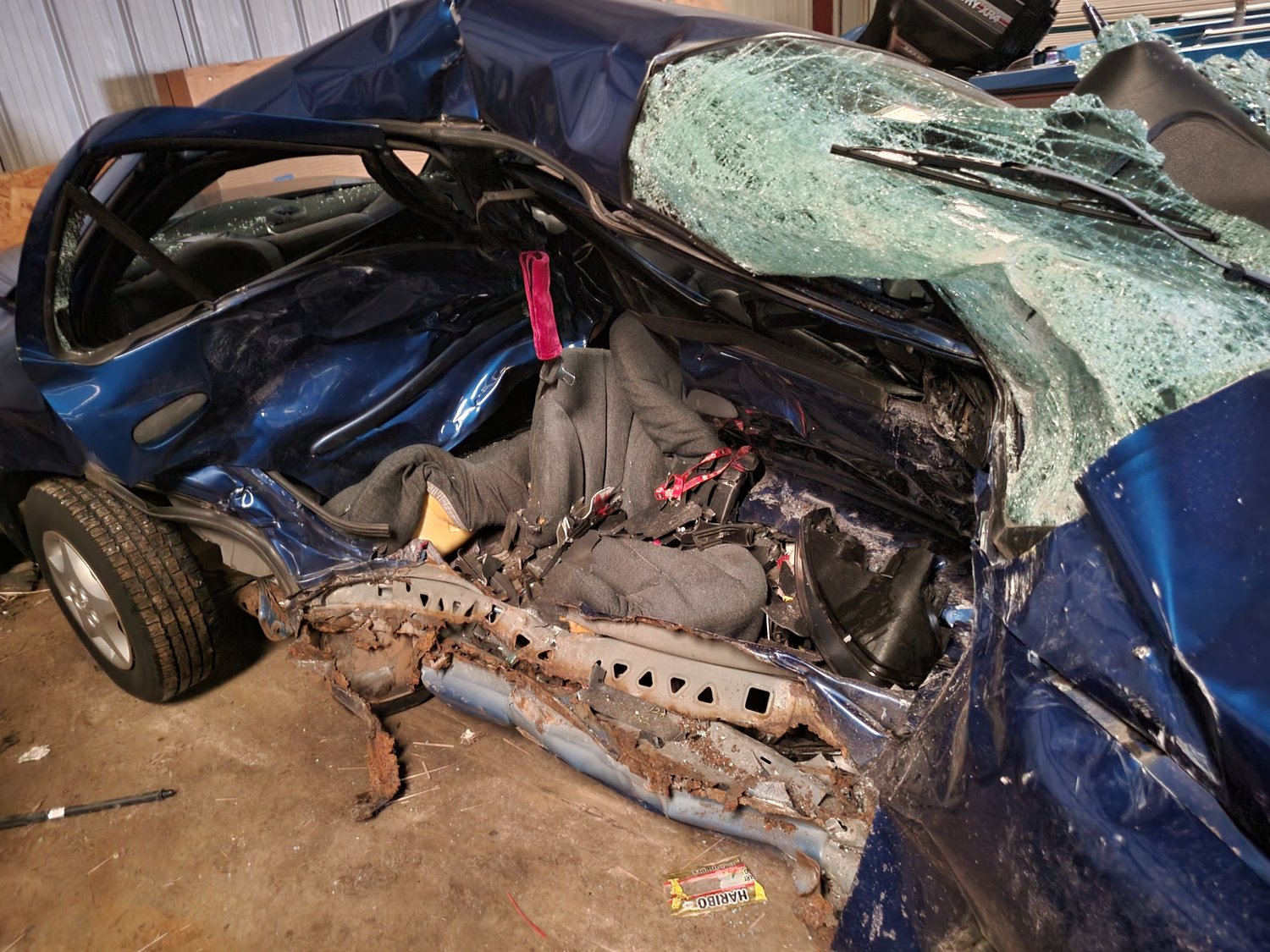 Samara’s vehicle was totaled when it was T-boned by a pickup truck after sliding on black ice.
Contributed photo
Previous Next
Posted Thursday, December 9, 2021 1:09 pm
By KARIANN FARREY, Herald Editor

Not long after Kylea Fish of Tomah last talked to her daughter, she got the call from an officer that she had been in a serious auto accident.

“A short 27 minutes, and life was forever changed,” said Fish.

Samara Steinmetz, 18, is in critical care following a Thanksgiving Day accident on Hwy. 16.

Samara was driving from Tomah to help her father, Ken Steinmetz, and his wife cook for the holiday in Sparta when her car hit a patch of black ice, sending her sideways into oncoming traffic. She was T-boned by a pickup truck on the passenger side.

“We got the call at 9:41 a.m. that there had been an accident, and off to the hospital we went,” said Steinmetz.

Samara has been fighting for her life at Gundersen Lutheran Medical Center in La Crosse, with a host of serious injuries: brain injuries; fractured vertebrae in her neck; broken jaw, ribs and pelvis; a hole in a lung; and a laceration on her liver.

The most concerning thing right now though, according to Samara’s GoFundMe page, is an occipital cervical dislocation, which means her skull is no longer attached to her spine. Doctors told the family about 70% of people die instantly from this, and another 15% die while being transported by ambulance. Samara was among the 15% of people who make it to the hospital for treatment. Of that 15%, most pass away in the hospital within 36 hours.

“So she’s beat two of those stats already,” said Steinmetz.

Samara has been in and out of consciousness and had permanent rods attached to plates screwed into her skull and back. This has left her without the ability to turn her head or move it up and down. She had another surgery Wednesday to insert a tracheotomy to get her off the ventilator, and a feeding tube was also installed.

The positive news, according to her father, is that she seems to have feeling throughout her body, can track movement with her eyes – one works a little better than the other right now ­– will squeeze hands and can wiggle her toes on command.

When Samara is well enough to leave Gundersen, she will eventually be placed full time in a facility for physical and other therapies. Steinmetz said it could be up to two years before her progress plateaus and they find out what her level of functioning will be.

She will need to learn to walk again and feed herself, according to Fish.

The nearest rehab facilities that would meet her needs are in Madison, Milwaukee or the Twin Cities.

“It’s going to be quite a challenge to find time to work and visit and help her with whatever she needs,” she said.

For now, Fish is off from work at the Tomah Walmart Distribution Center through December. She’s grateful she has banked sick time to use but eventually will have to go back to work. She spends between 12 and 15 hours a day with Samara, switching off with Steinmetz. She returns in the evening to help with Samara’s bedtime routine, which includes bathing and stretching her limbs and fingers to help keep the muscles moving. Because of her brain injury, Samara must be moved to different positions each hour.

Steinmetz drives from Sparta to work 10-hour days at Trane in La Crosse. He said he leaves about 4:30 a.m. so he can spend time with Samara before he goes to work and gets home just in time to go to bed.

“We’re living on about six hours of sleep at night to try to be with this kid as much as we can,” Steinmetz said.

Samara, a 2020 graduate of Tomah High School, is enrolled in online classes at Western Technical College and intended to transfer to UW-Madison to pursue a degree in psychology, according to Steinmetz.

She enjoys doing “artsy” activities with her younger sisters, Zoe, 13, and Aubree, 11, said Fish. Her sisters were excited when Samara opened her eyes for them during a Tuesday night visit.

Both parents said she loves animals, especially otters, said Steinmetz. She enjoys going for motorcycle rides with him, and has been kayaking, zip lining and whitewater rafting.

While the parents juggle their time, Fish’s brother Kale Winchel has stepped up to help ease their burden. He created the GoFundMe page and is selling T-shirts, bracelets and stickers to help offset the costs of her care.

“If anything else, this has brought us so much closer as a family,” Fish said of her brother’s help and support.

“We are really hopeful. She’s made it this far and we’re hoping we can see this out and she can come home. And get her life back to as normal as possible. It’ll never be the same, of course. That’s gone.

“We’re not ever going to get her life back, but we’re going to build a new one and make the best of what we’ve been given,” Fish said.

You can find Samara’s GoFundMe page at https://www.gofundme.com/f/help-samara-with-her-medical-expenses

In addition to monetary support, Fish said prayers for a full recovery would be much appreciated.