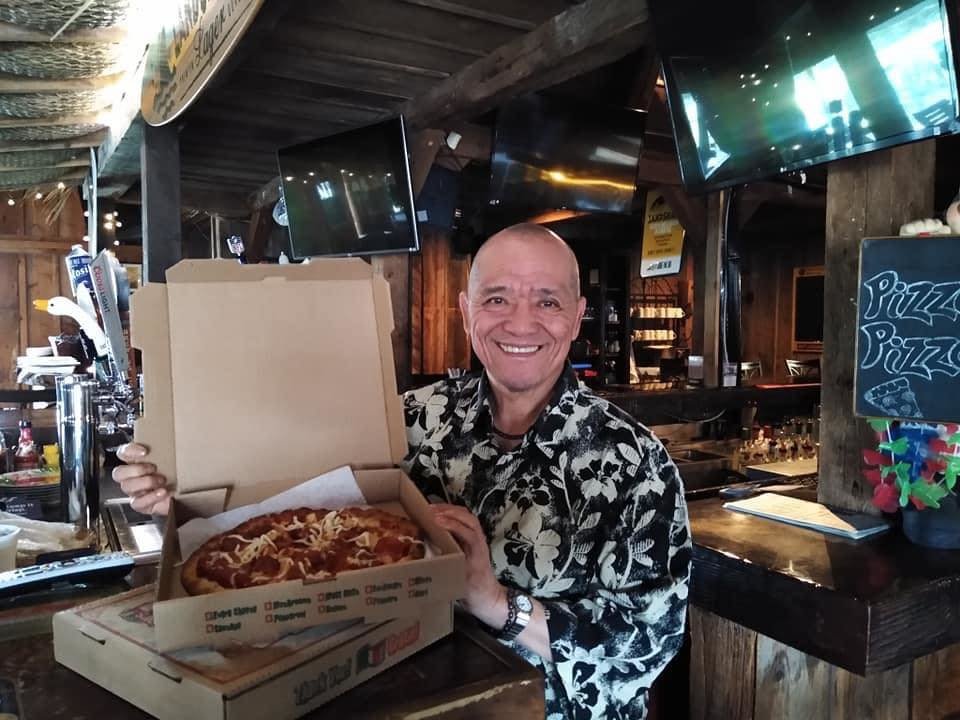 Mark Chew did not waste time becoming an active, visible cog in the Warrens business community.

Now the Warrens community is dealing with his untimely death of the owner of Marco’s Italian & American Grill. Details remain minimal at this time. Chew passed away Sunday.

A Facebook post on Monday, stated, “It is with great sadness to announce that our Mark ‘Marco’ Chew has passed away. We ask for privacy for the family during this difficult time. The restaurant will remain closed until later this week. We plan on opening up Thursday evening at 4 p.m. with a limited menu. Thank you for all of your support in making his dream a reality.”

His dream became a boon for a dining location that had become a revolving door of owners over the years. Chew and his staff worked tirelessly to make the business a success. Chew was featured several times in the Monroe County Herald since opening his doors in 2019.

Chew promoted his restaurant, but also used his good fortune to help the Warrens community. Chew worked with the Town of Lincoln Fire Department to start a golf tournament to raise money for equipment. He worked with Chasing Daylight Animal Shelter outside Tomah to raise money offset their costs.

Per Chew’s obituary he “golfed at Hiawatha Golf Course every morning during the summer. He was very supportive of the Tomah wrestling team and the girls golf club, in which he took great pride. He was quick to participate in every town event and spoke nothing but praise to everyone who asked where he lived.”

Chew started the business with wife Cindy, who works at Image Nails and Spa in Tomah. In an earlier Herald story, Chew said he was, “restless to get back into the restaurant business.”

Chew started exploring options around Tomah and discovered a building with an ideal location off the interstate in Warrens but known for its hard luck as an operating restaurant. Chew took a lemon and made lemonade.

He was not hesitant to tweak his menu to include brick oven-fired pizzas. Chew remodeled an outdoor deck into a tiki bar. He had room inside and outdoors for live music.

In short, Chew did not sit still and overanalyze improvements. He jumped in. Such was the case when he initially had contractors construct a building to open a liquor store next to the restaurant. Before that liquor store opened he purchased a nearby larger building that was on the market to locate the liquor store.

In one of the Herald stories, Chew outlined his business mentality.

“I would rather try and fail than not try at all,” Chew said.

Chew's funeral is at 11 a.m. Friday at St. Andrew the Apostle Catholic Church in Warrens. A gathering at Marco’s will follow. Family and friends are invited for visitation from 4 to 7 p.m. Thursday at Torkelson Funeral Home in Tomah. Visitation will also be held Friday from 9:30 a.m. until the time of service at the church.

In lieu of flowers, his children ask to donate in his name to the American Red Cross, who reunited Mark with his family in Vietnam.