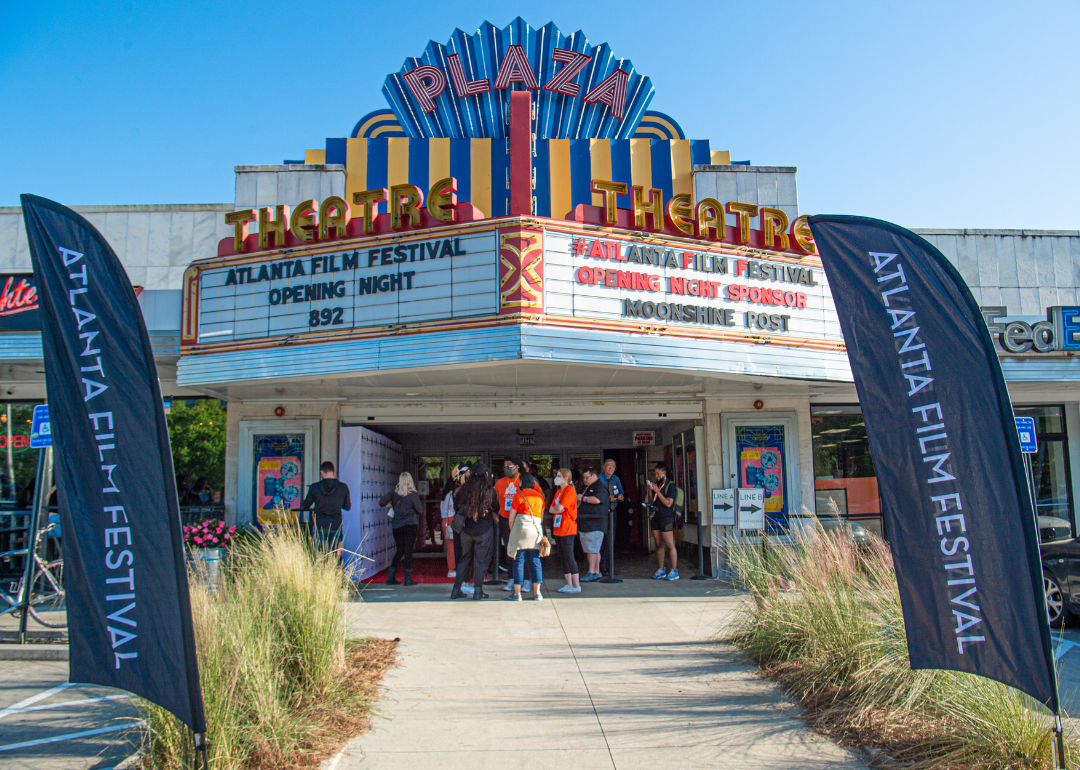 How creatives are helping to reshape their cities

Stacker explored how creatives in the art world are helping to shape their communities through city and government partnerships.

Fall Back Into Healthy Habits
(NAPSI)—Whether your family has been on its A-game when it comes to dental health or you were subject to the summer slide, the start of the school year is a great chance to reset. While your kids …

Kids Have Migraines, Too: How You Can Help Your Child Navigate Them
(NAPSI)—Migraine can happen to anyone, even children and teens. About ten percent of kids aged 5 to 15 experience migraine. Heredity plays an important role in measuring the risk for migraine …

History and military buffs: Access once top-secret facilities at the National Cold War Center in Arkansas
(BPT) - Few events have shaped American society like the Cold War in the 20th century. The global conflict, riddled with propaganda between the world’s two dominant superpowers — the …

Is your neighborhood at risk of sinkhole damage? You might be surprised ...
Stacker investigated some of the primary risk factors for sinkholes and where those factors may be present using information from the U.S. Geological Survey and other scientific sources.

Rates of women voter registrations are surging—particularly where reproductive rights are threatened
Stacker analyzed TargetSmart data to see how women's voter registrations have changed since the Dobbs decision. State rankings for legislation affecting abortion access are from the Guttmacher Institute.

When did American teachers lose their lunch break?
(BPT) - Educators and school staff play some of the most critical roles in their communities. Parents entrust their children to schools each day to learn lessons and valuable skills that will set …

Space discoveries that will blow your mind 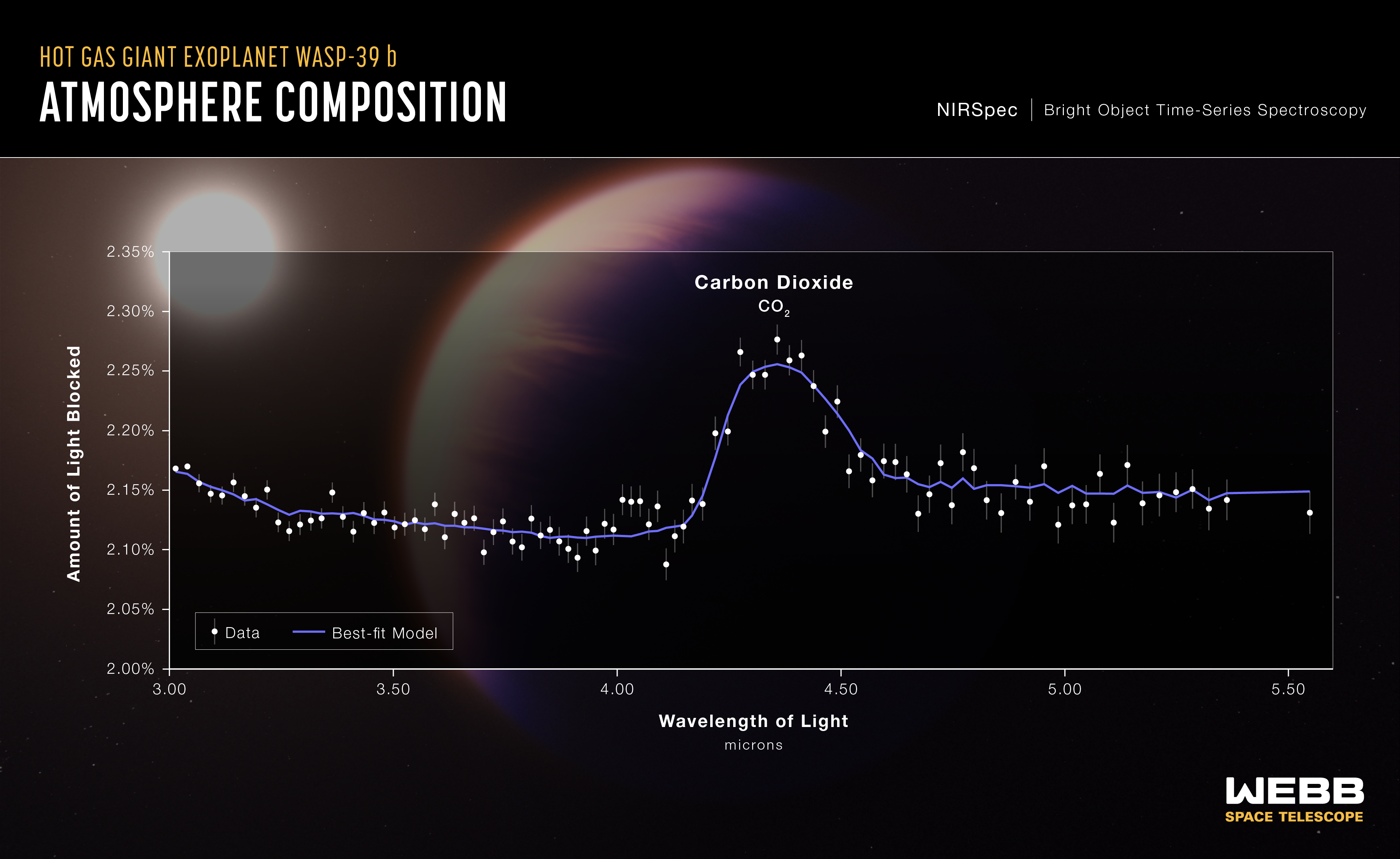 In honor of World Space Week, Stacker is sharing space discoveries that will blow your mind. 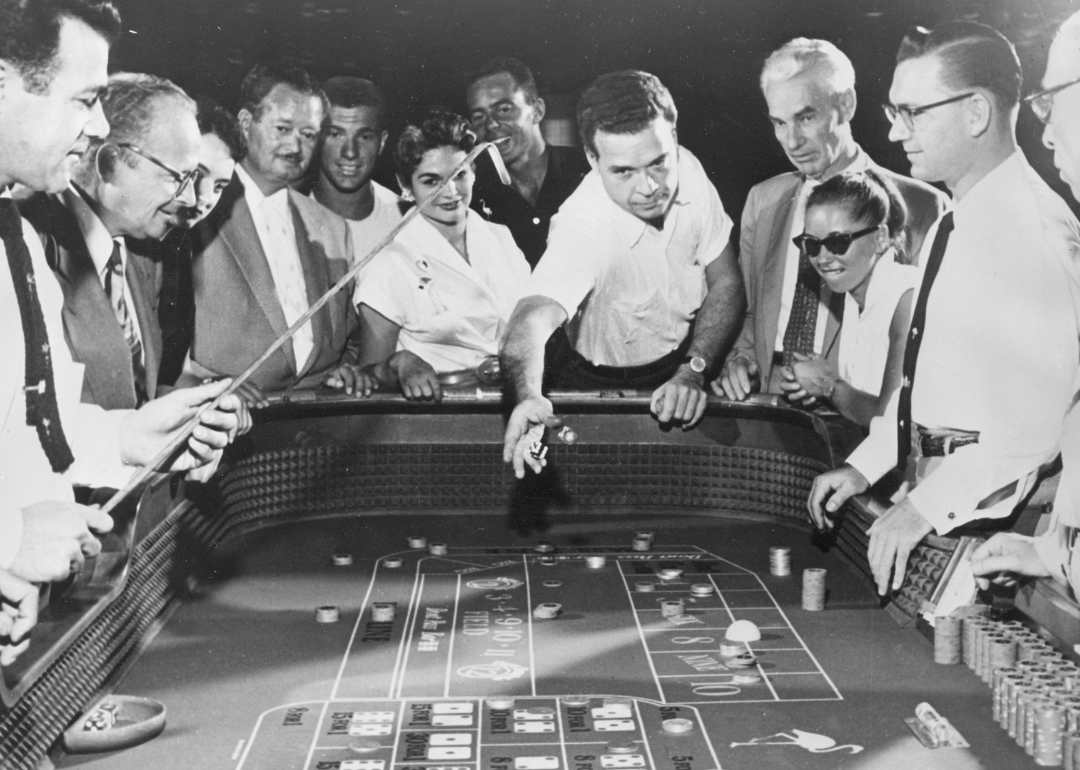 Vintage Las Vegas casino photos from the past

(BPT) - Over the last two years, Americans’ resolve was tested by an onslaught of stressful events that changed how people navigate risks and what they are doing to protect their finances and … 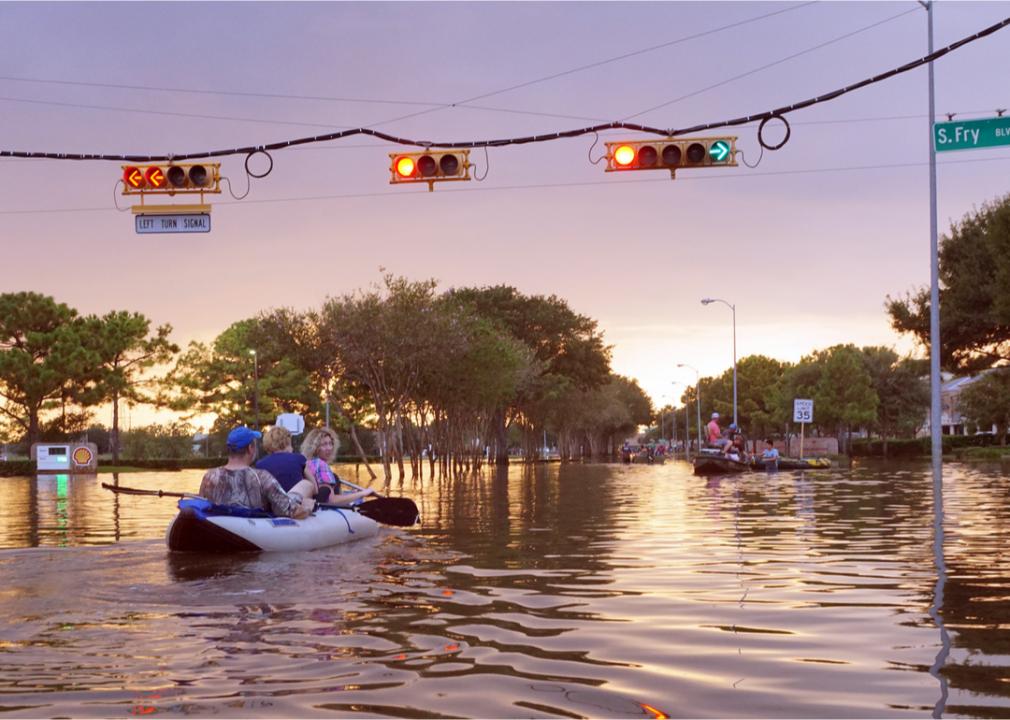 How to prepare for and recover from hurricanes

With Hurricane Ian quickly approaching Florida, Stacker lists 30 ways to prepare for and recover from hurricanes.

3 Tips to Ensure Quality Family Time with Your Kids at Home
(BPT) - Autumn’s finally here, and it’s that time of year again to wave the kids off to school each day. But in the midst of your hectic work schedule, drop-offs to soccer meets and …

50 space terms for understanding the universe
In honor of World Space Week, Stacker has compiled a list of key astronomy and astrophysics terms that are out of this world!

5 tips for finding friends as an adult from a friendship coach
(BPT) - Making new friends as an adult can be challenging. Unlike when you were younger and had a built-in community or network through school or social clubs, adulthood seems to offer fewer …

Three Fraud Prevention Tips
(NAPSI)—Since government pandemic assistance programs have largely come to an end, fraudsters have turned their attention back to developing increasingly clever ways to trick you into giving them …

These are the groups behind some of the biggest cybercrimes
Using sources including the U.S. government and the Council on Foreign Relations, Twingate has compiled a list of eight notorious hacking groups around the world.

5 of the wildest celebrity parties of the last decade
Celebrities sure know how to party. Want proof? Giggster looked into the most lavish parties of the 2010s and highlighted five for the ages.

COVID-19 changed how we eat out—here are the trends that are here to stay
COVID-19 changed how people eat out, and some of those trends are likely to be permanent. Task Group provides a look at the benefits and drawbacks the restaurant industry continues to experience as a result of the pandemic.

What hurricane season was like the year you were born
Using data from the National Oceanic and Atmospheric Administration, Stacker summarized the last 100 hurricane seasons in the Atlantic Basin. Read on to learn which years and storms broke records over the last century. 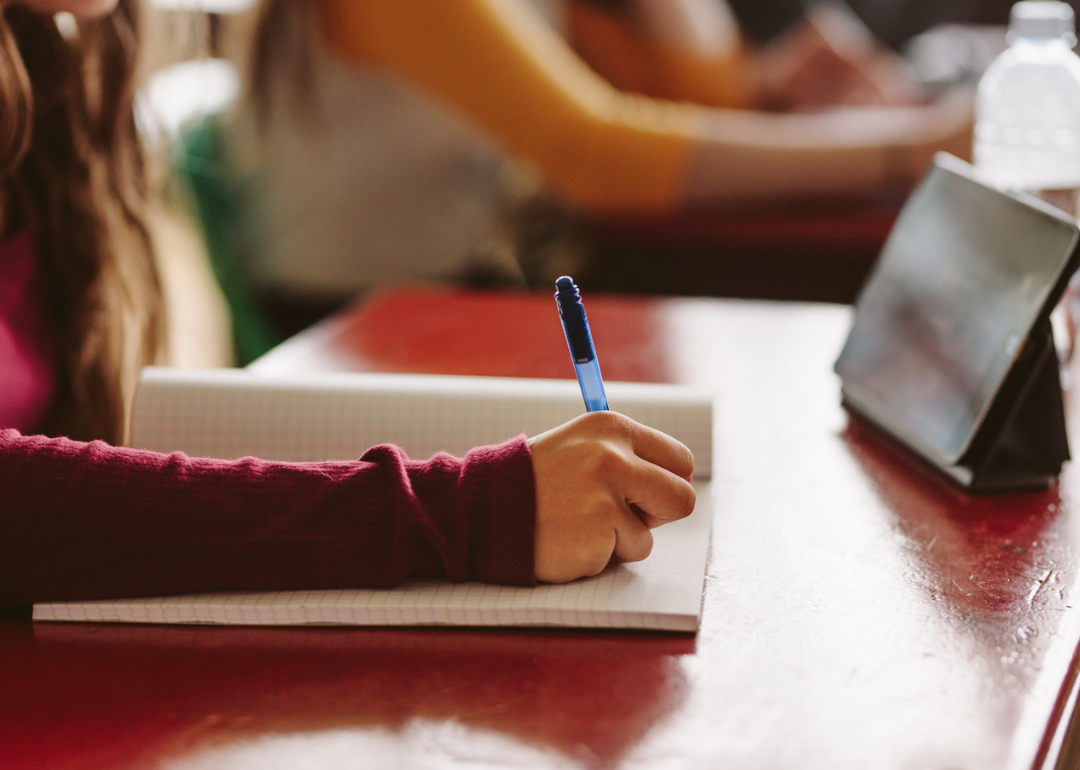 Stacker cited data from SIECUS, the Guttmacher Institute, the U.S. Census Bureau, and the Centers for Disease Control and Prevention to visualize how sex education relates to different health outcomes and aspects of daily life. 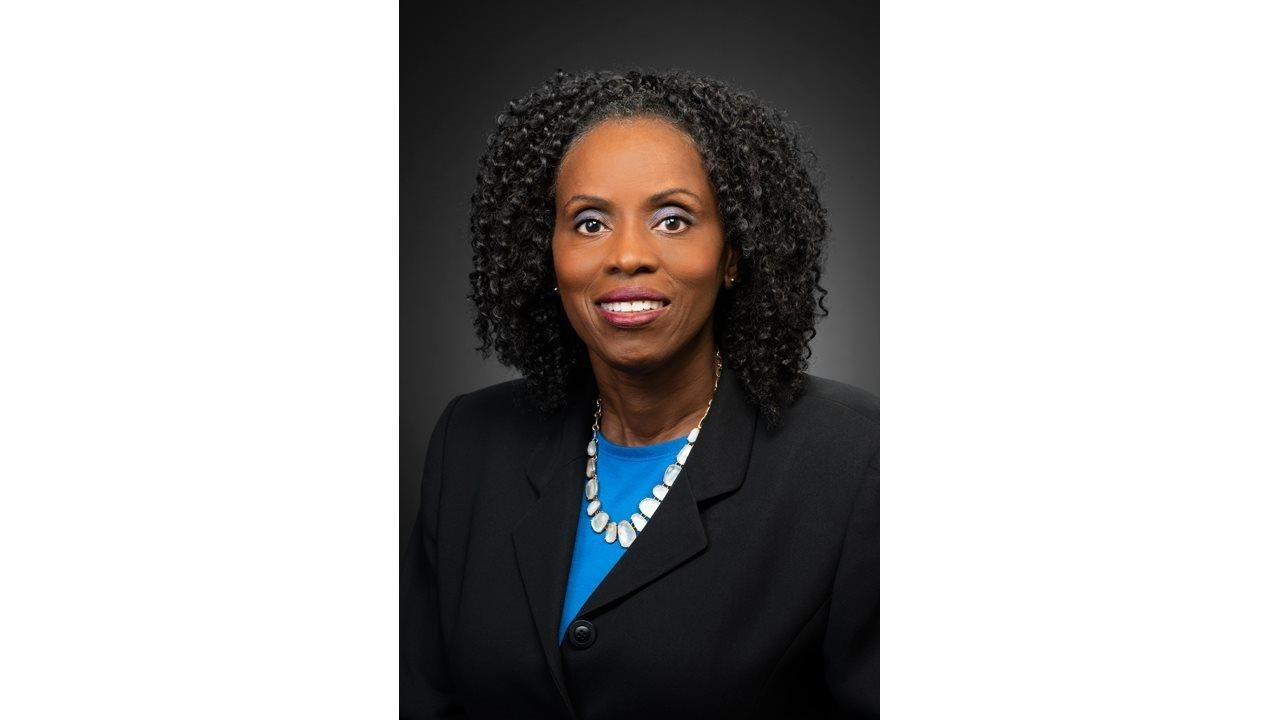 (BPT) - By Wanda Barfield, MD, MPH, RADM USPHSDirector of the Division of Reproductive Health, Centers for Disease Control and PreventionFar too often, pregnant and postpartum people in the United … 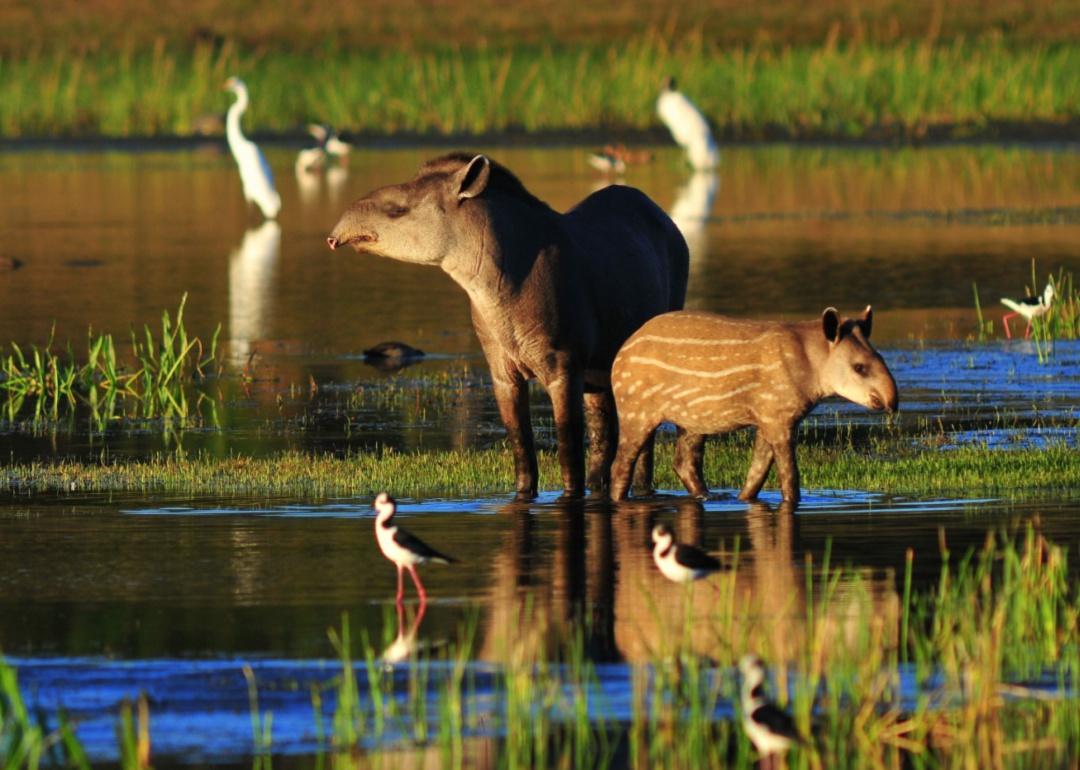 Stacker compiled a list of 10 animals from diverse environments, outlining how each helps sustain its ecosystem.

Had a safe flight? Innovation in American commercial aerospace drives the way.

(BPT) - As Labor Day marked the traditional end of summer, it is no secret this year’s travel season was quite the bumpy ride. Travel was up as Americans took to the skies again. In fact, the …

Timeline of Jewish history in the US
Stacker compiled a list of important events in American Jewish communities since the 14th century based on historical accounts, news, and government records.

Former jobs of the governor of every state
Stacker analyzed the former roles of every current governor in America.

The history of voting in the United States
Stacker examined how voting rights have evolved in America, how much has been accomplished, and how much remains to be done.

What makes people vote? What data and experts say
As part of a project called Democracy Day, Stacker conducted research and spoke with experts to better understand why people vote.

Nationwide Noise Increases Around Flight Troubles
(BPT) - Over the past several weeks, media across the country continue to offer ample coverage of the ongoing difficulties of anyone attempting to travel by flight. The threat of delays and …
More Lifestyle coverage

3 Ways to Include Your Pup in Game Day

(Family Features) Pet parents aren't the only ones excited for game days. Dogs can get in on the action, too, with these tips.

(BPT) - Women have shaped — and made — history through resilience. Stacy’s® Pita Chips, a woman-founded brand dedicated to helping women rise, believes that we must celebrate women’s strength in the face of adversity and recognize the triumphs of those who came before us.

Why do more car crashes happen at night? Staver Accident Injury Lawyers used data from the National Highway Traffic Safety Administration to examine the complex web of factors at play.

How humans have sent each other money throughout history

Stacker compiled 10 technologies that people have used to send money through history, from the earliest checks to peer-to-peer cash apps.

(NewsUSA) - Inflation is top-of-mind for most Americans, as a majority say that they have reduced household spending in many areas except when it comes to retirement savings and life …

Stacker compiled a list of myths about monkeypox and investigated their viability using news, scientific, and government reports.

From New College to King's College: Do you recognize the original names of the Ivy League universities?

Since opening between 1636 and 1865, several of the eight prestigious Ivy League schools have been renamed. College Ave examined historical documents and timelines of the Ivy League universities to compile a list of their original names when they were founded.

(NewsUSA) - Summer may be winding down, but it’s not over. Even as vacations end and school begins, summer weather and outdoor entertaining and activities linger into October in many places. …

Stacker compiled a list of stories behind the Trail of Tears for each of the nine states it passed through based on news, tribal histories, and government reports.

Your guide to the Bill of Rights and other constitutional amendments

Stacker compiled a look at all 27 amendments to America's governing document, the Constitution.

How veterans' employment compares to the rest of the population

Stacker cited data from the Bureau of Labor Statistics to visualize how veterans' employment compares to the rest of the population.

How the world changed during Queen Elizabeth's reign

With Back to School Comes Back to Sleep

(BPT) - The start of the new school year is the perfect time to renew habits that keep students happy and healthy — including sleep. Unfortunately, many children and teens don't get the amount …

With the recent naming upheavals impacting the 2022 NFL season, Stacker set out to bring into focus the picture of the naming rights landscape across all professional sports.

Don’t Let Flu Season Sneak Up On You

(NAPSI)—Get the facts, not the flu. For many people, the start of fall means busier schedules and longer to-do lists, but you shouldn’t let your annual flu shot fall to the bottom of that …

Most Emmy wins of all time

Stacker ranks the top 25 television shows with the most Emmy wins of all time as documented on the Emmy database. Read on to find out which spinoff bested the original show, and which sketch comedy took the top slot.

OhmConnect cited data from the November 2021 EPA publication From Farm to Kitchen: The Environmental Impacts of U.S. Food Waste to look at the environmental impact of the wasted food, as well as the resources wasted in the lost food's production.

(BPT) - As the temperatures start to drop, you know it’s getting to be that time again — pool closing time. If you live in an area that sees snow and freezing temperatures, it’s …

10 meals you can prep ahead to last the whole week

Top10.com compiled a list of recipes for prepared meals that can be made in bulk to last the whole week.

How much time the average American spends on chores

American Home Shield reviewed data from the Bureau of Labor Statistics' 2021 American Time Use Survey to see how much time the average American spends on daily chores.

Rethinking Drinking When Alcohol Is Everywhere

(BPT) - Sponsored by Alkermes, Inc.By Michelle Smith, alcohol-free since 2016 and founder of Recovery is the New Black“This cocktail’s on me,” the flight attendant whispered with a …

(BPT) - Are you on the lookout for fresh new drinks to enjoy while taking advantage of some of the last long evenings of summer and early fall? As part of this year’s search for the next …

(BPT) - September is National Recovery Month, an opportunity to promote and support treatment and recovery practices. To stop drug overdoses and raise awareness about addiction and recovery, the …

Monkeypox vaccine in the US: What public health experts know so far—and what they don't

Stacker explored the steps some states are taking to make amends for racial injustices and inequality against Black Americans.

Milestones in women's history from the year you were born

From American women winning the right to vote to the #MeToo movement, Stacker draws on a number of historical and archival sources to explore the past 100 years of women's history in the U.S. and around the world.

Handball, jai alai and other activities that burn a lot of calories

Gigacalculator used data from the Wisconsin Department of Health to determine which activities burn the most calories.