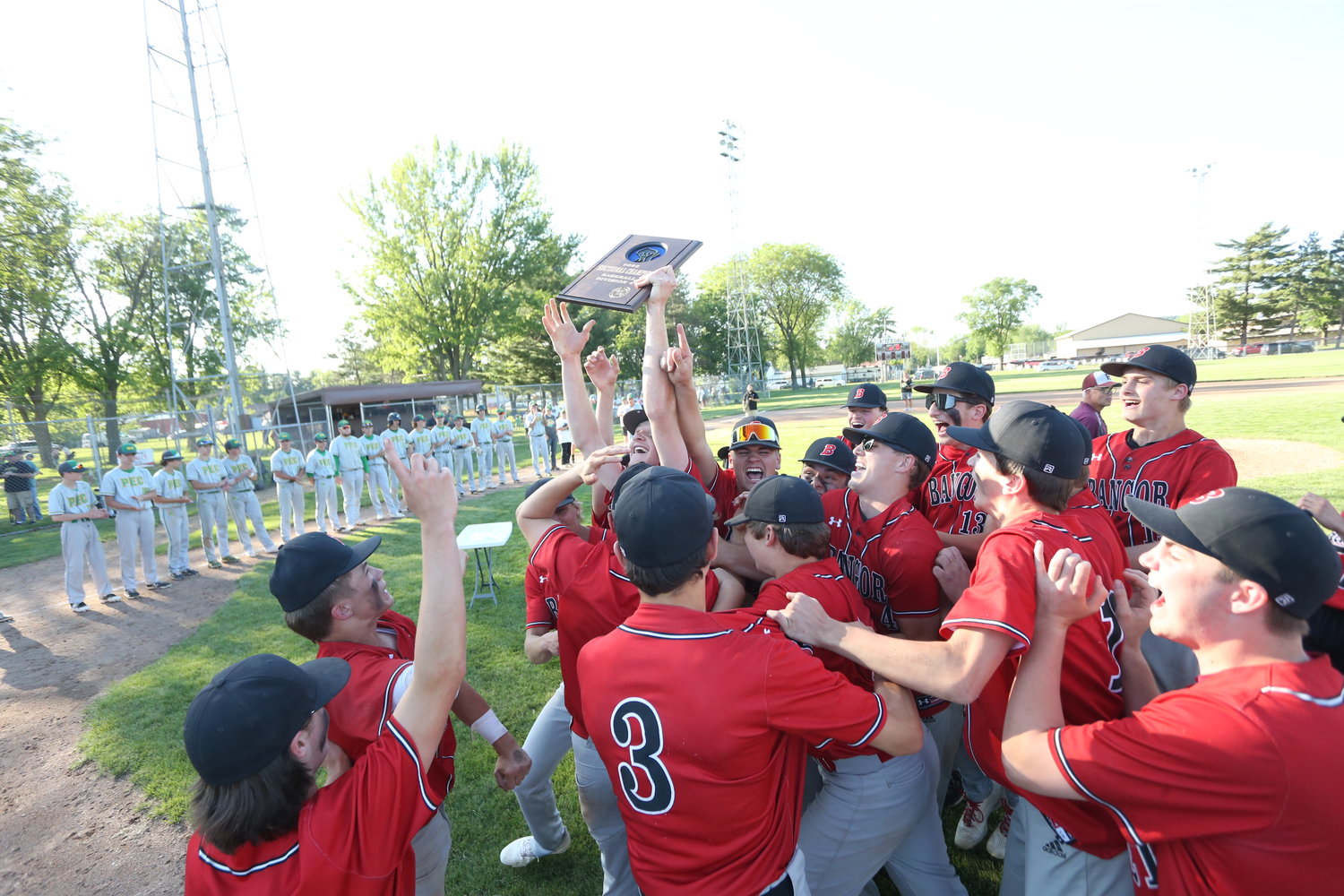 Since Royall’s state championship in 1998, the Scenic Bluffs Conference has struggled to send another team to the biggest stage of the WIAA tournament, until Tuesday when Bangor snapped a 10-game losing streak by the SBC in sectional final games.

The fourth time was the charm for Bangor baseball under Todd Grant in the sectional final.

The Cardinals' 9-3 win over Pecatonica in this year's Division 4 sectional finals was a welcome relief for a program that couldn't quite seem to clear that final hurdle to reach state. In fact, it has been an issue that's plagued the Scenic Bluffs Conference in general for the past quarter century.

The 1990s were a boom period for Scenic Bluffs baseball that saw the conference send five total teams to the Division 3 state tournament throughout the decade.

But since the turn of the century, the sectional final round has bedeviled the conference.

No Scenic Bluffs team had suffered more sectional final heartbreak, however, than Bangor and their four losses in that round.

The last three of those have come under Todd Grant, who has served as Bangor's head baseball coach since 2008. The baseball program has enjoyed plenty of success over that time, but the lack of a state tournament appearance stood out during this golden age of Bangor athletics.

All told, Bangor has qualified for state in a team sport in seven consecutive academic years.

Now, the baseball program gets to add their name to the list.

"We've seen it in football, we've seen them do it in basketball and it's like 'come on, can we get there one time for baseball?'" Grant said. "I'm going to be honest, it's pretty sweet."

For the athletes who have spent their entire adolescence knowing nothing but high-level success for Bangor, it's special to add their own chapter to this ongoing story.

"Just continuing the legacy," said senior Ashton Michek. "The Bangor legacy of having great athletics and just doing our best to go as far as we can each season."