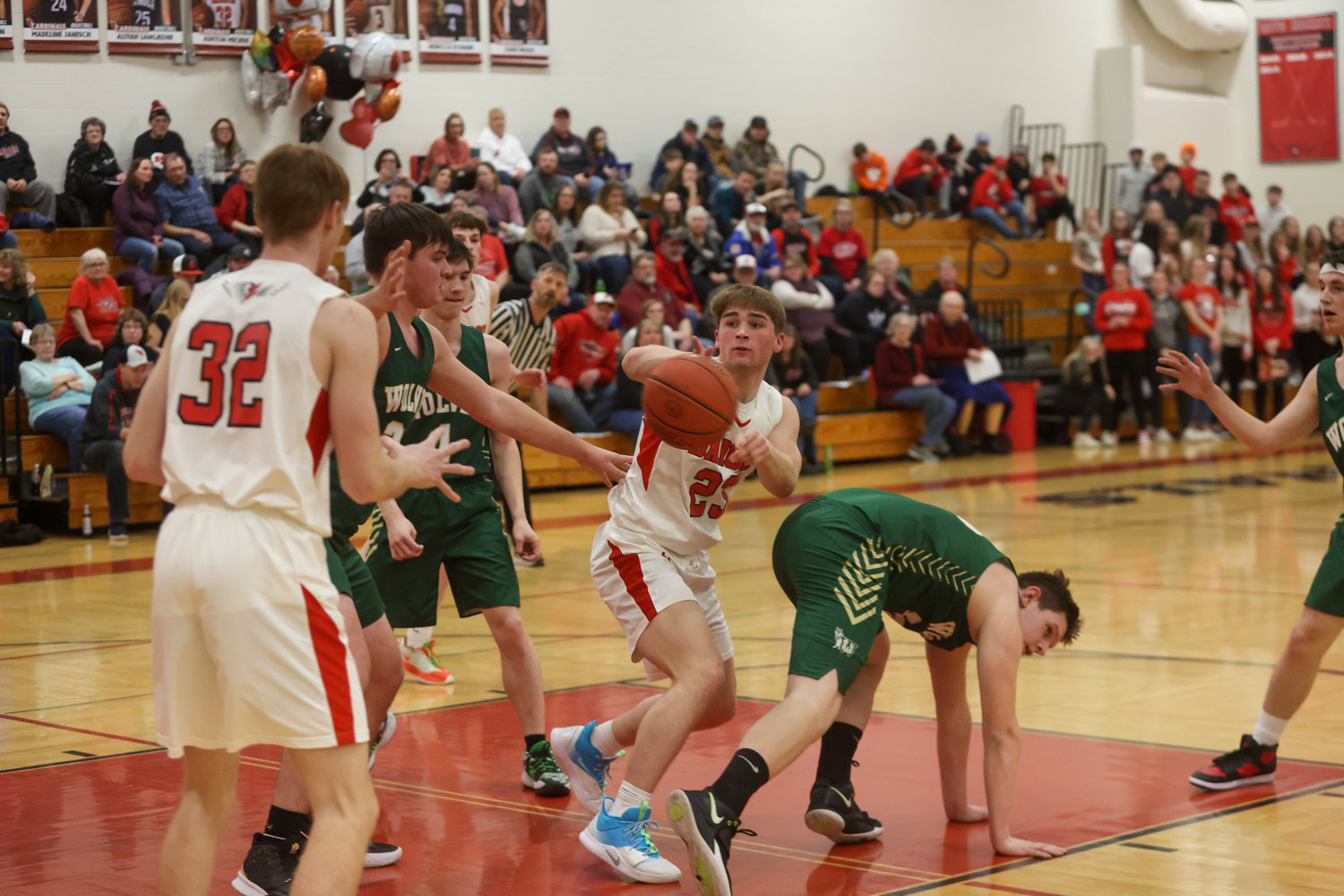 There is no perfect conference record this time around, but no mistake can be made: the Bangor Cardinals are still the kings of Scenic Bluffs boys’ basketball.

A loss late last week to Royall snapped the Cardinals’ 81-game conference winning streak. A victory the following night against Wonewoc-Center allowed Bangor to still grab a share of the Scenic Bluffs crown. An anticipated matchup against its biggest rivals to start this week presented the opportunity to clinch it outright.

Bangor had previously beaten the Eagles at home 59-40 back on January 20, a game where the Cardinals largely dominated from the opening tip to the final buzzer. Monday night’s rematch looked like it might be headed in a similar direction early on.

Bangor raced out to a 22-8 lead that threatened to quickly turn the proceeding into a rout, but the Eagles scratched and clawed their way back into it and trimmed the deficit to 30-22 at halftime.

The start of the second half saw Cashton continue to stay hot, with the Eagles briefly holding a 33-32 lead of their own.

However, the Cardinals would reassert control, get that lead back out to double digits and didn’t have their advantage seriously threatened the rest of the way.

“Sometimes I think we take it for granted in Bangor, but kids still put in the time and the work, and this should be celebrated,” Bangor head coach Jacob Pederson said of clinching another conference title. “Super proud of the kids for what they did and how they played tonight and all season.”

The Cardinals won’t play again until the start of the postseason, where they will host Wonewoc-Center (3-17) in the Division 5 regional quarterfinals Tuesday, March 1 at 7 p.m. in Bangor.

“It feels good coming into the playoffs with a strong win,” Jones said. “We were in a little bit of a slump, but I feel like, after this game, we’ve gotten back at it. Played as a team offensively and defensively.”

Meanwhile, the Eagles will host Iowa-Grant (6-17) next Tuesday in the first round of the Division 5 playoffs. Before then, they will close out the regular season by welcoming in New Lisbon (7-16, 3-10) Thursday, February 24 at 7 p.m. in Cashton.