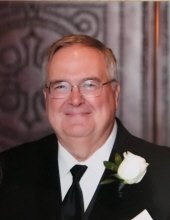 CASHTON - Victor Allen Gutierrez, 71, of Cashton, WI, passed away at his home Friday, August 5, 2022.  He was born October 7, 1950 to Hector and Eileen (Schreier) Gutierrez in Lima, Ohio.   Victor graduated from Sacred Heart High School in San Francisco, CA in June of 1968.  Following high school, he enlisted in the United States Air Force where he proudly served during the Vietnam War.  Upon his return from the war, he graduated from UW Madison in 1978.  He was united in marriage to the love of his life, Linda Horswill, on September 18, 1981 in Madison, Wisconsin. They have been married for 40 amazing years.

Victor was skilled at many things and held a variety of occupations throughout his life.  Early on, he enjoyed bartending at the Villa Tap on Madison’s East side.  That may have been his most loved career choice, as that is where he met Linda.  He was proud of the hard work and dedication he gave to Motorola Inc.  He decided to take a management position at the Motorola shop in La Crosse, and that brought him and his family to Cashton in 1993.  Victor was part of Motorola Inc for 20 years.  During this time, he also became part of the American Legion.  He finished out his working years as a contracting officer at Fort McCoy.  He officially retired in 2016.  His work family at Fort McCoy always held a special place in his heart.

A history buff, Victor enjoyed traveling and playing golf (especially with his buddies, Gerry Hundt, Mike Weibel, and Dan Leis).   Traveling to northern Wisconsin, North Carolina, and Crested Butte, Colorado were some of his favorite vacation destinations.  You could find Vic, on most days, in one of three places - his favorite chair with the tv on and a good book within reach, in the backyard enjoying a Cuban cigar, or on the front porch with his wife Linda sharing a Manhattan. There were many wonderful conversations and lasting memories that came from friends and family sitting and visiting with Vic and Linda on that porch. Vic enjoyed the company of friends and family, especially if it meant enjoying a good meal.

Badger Crossing was his favorite hometown establishment, and you would find Vic and Linda there at least 2 days a week enjoying a drink, good meal, and lots of laughs with other patrons.  Vic was always cheering for the UW Badger sports teams.  He was proud of his alma mater and loved traveling to Madison to attend a Badger football, hockey, or basketball game.  He was the keeper of so much information, and if you asked him a question you would always get an educated answer that made you believe everything he said (even if he was unsure)!

Vic also enjoyed playing cards, and somehow always seemed to win (his children were sure he cheated, they could just never catch him in the act).  With all of these things that Vic so enjoyed, what brought him the most happiness were his grandchildren.  He would love phone calls from his children telling him the latest news regarding the grandchildren, and then he would be so proud to tell his friends those same stories.  Vic and Linda were often traveling up to the Twin Cities or down to Whitewater to partake in their grandchildren’s’ activities.  Holiday celebrations, birthday parties, sporting events, and elementary school graduations, they were a part of it all!  Memories from these wonderful occasions will forever be cherished in the lives of his children and grandchildren.

He was preceded in death by his parents; his beloved aunt who played a vital role in Victor’s life, Bernice Suhr; and many other aunts and uncles.

A Mass of Christian Burial will be held at 11:00 a.m. Tuesday, August 9, 2022, at Sacred Heart Catholic Church in Cashton, WI. Father Michael Klos will officiate. Burial with full military honors will follow in the Sacred Heart Catholic Cemetery Cashton. Family and friends are invited for visitation on Monday, August 8, 2022, 5-7:00 PM, with rosary beginning at 4:45, all at the Torkelson Funeral Home. Visitation will also be held Tuesday, August 9th, from 10:00 a.m. until the time of the service at the church.  In lieu of flowers, memorials may be made to Cashton Fire and Rescue.

The Torkelson Funeral Home of Cashton is assisting the family with arrangements.

Online condolences may be offered at www.torkelsonfuneralhome.com.