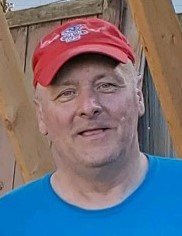 He was born November 24th, 1956, in Sparta, WI to Vincent and Faith Humphrey, the youngest of 7. He graduated with honors in 1974 from Royal High School in Elroy, WI. He was college educated and served his country in both the Army and Navy. He worked for the US Post Office in Minneapolis, MN for over 25 years as well as the VA in Tomah, WI prior to retirement.

RJ enjoyed golfing and trout fishing in his free time, as well as playing cribbage, cards, and watching WI sports with friends and family. He was fascinated by the study of physics and astrology, and dreamed of one day watching the Northern Lights in Iceland. RJ was placed in “Who’s Who in America” in the 1970’s.

Richard is survived by his girlfriend Cheryl, siblings Bill, Bob, Jean, Barb, and Bruce. As well his Son Ryan, Daughter Jessica, and many nieces/nephews and grandchildren. He is preceded in death by his parents Vince and Faith, and his brother Jim.

A visitation will be held from 1 p.m. until 2 p.m. on Sunday, January 16, 2022 at Lanham-Schanhofer Funeral Home and Cremation, Sparta. Military honors, provided by Sparta VFW Post 2112, will be held at 2 p.m. at the funeral home. Online condolences may be offered at www.schanhoferfh.com

All friends and family are welcome.