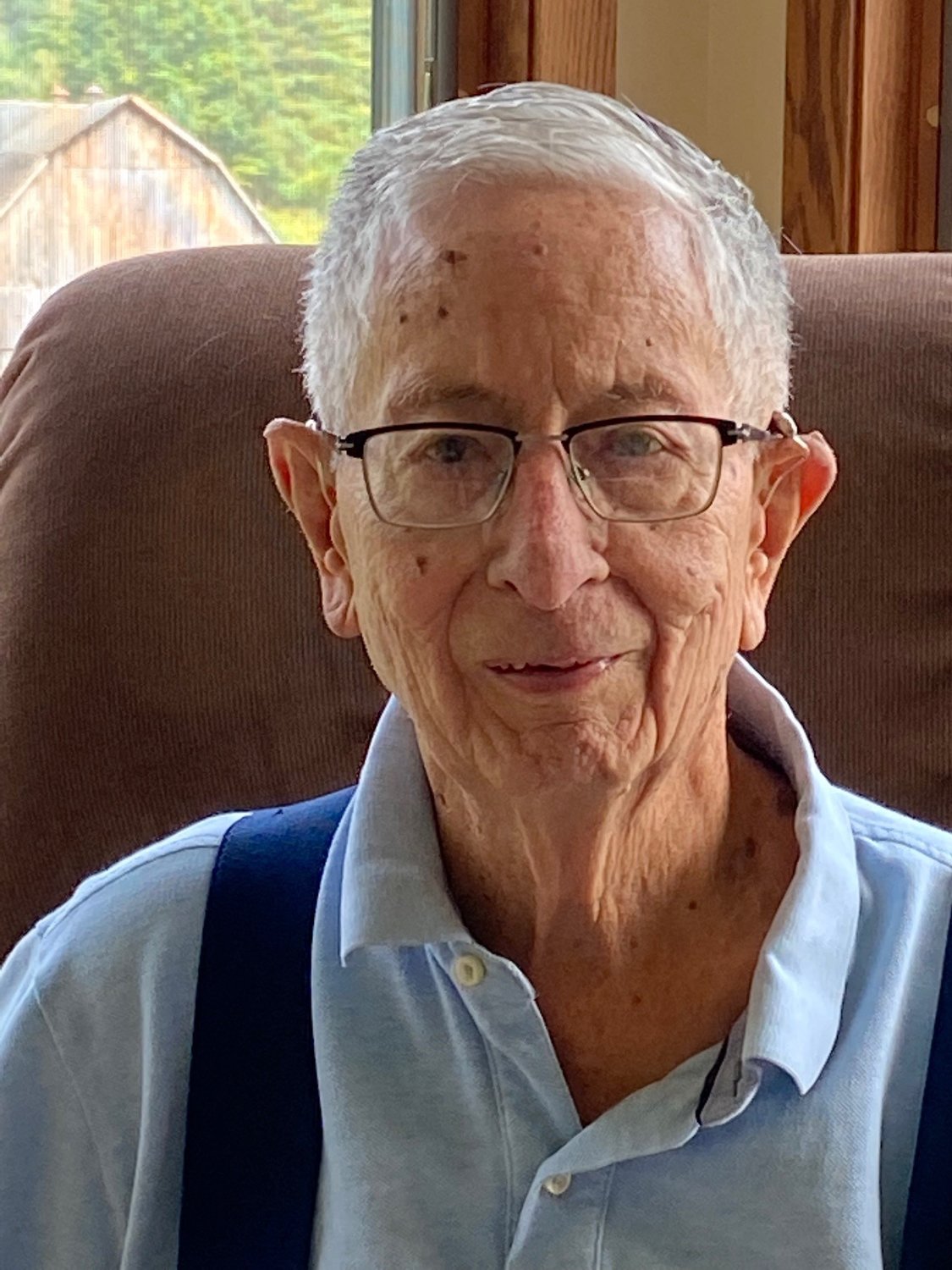 Ralph Gosselin age 89 passed away January 7, 2022.  He was the son of Clarence Gosselin and Clara Weber Gosselin born 10/14/1932 and raised in Greeley Colorado.  He was preceded in death by his parents, brothers Henry and Les, sister Marjorie and son Joe.

Ralph graduated from Regis College and later received his master’s degree from the University of Colorado then served in the military during the Korean war.  After his military service he married Donna Mae Bunk in May of 1960 and worked for several financial firms.  During this time, he was active in the NASD and was on the national board of directors from 1978-1981.

In 1982 Ralph retired to his farm in Wisconsin where he found a good life as a gentlemen farmer and  worked as the Wellington Township Clerk and part-time for the Wilton Post Office.  Coming to Wisconsin was like coming home for Ralph, both of his parent were Wisconsin natives, and his Great Grandfather Eloi was one of the original Wisconsin Pioneers back in 1849.

A Memorial Mass of Christian Burial Service will be held at later date at St. Joseph’s Catholic Church, Kendall

The Smith-Nelson Funeral Home is assisting with arrangements

Online condolences can be offered by visiting www.sonnenburgfamilyfh.com