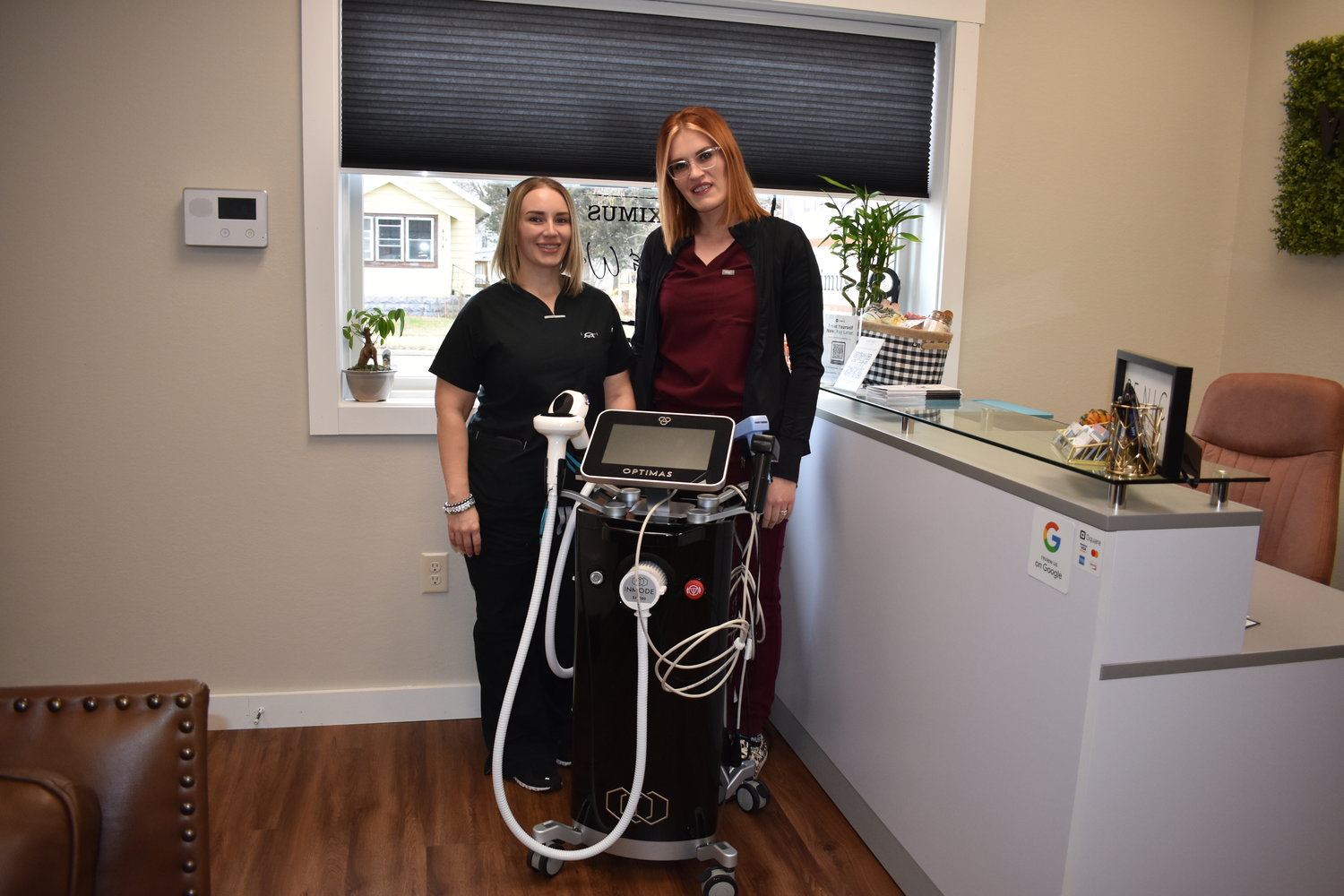 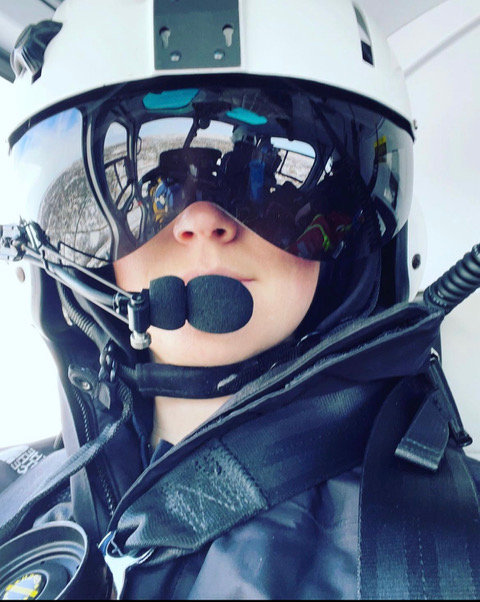 Ali Rauls said that she misses her old job, of being in a helicopter every day, but that starting up Maximus Aesthetics & Wellness has been a thrill and a learning experience as well.
Contributed 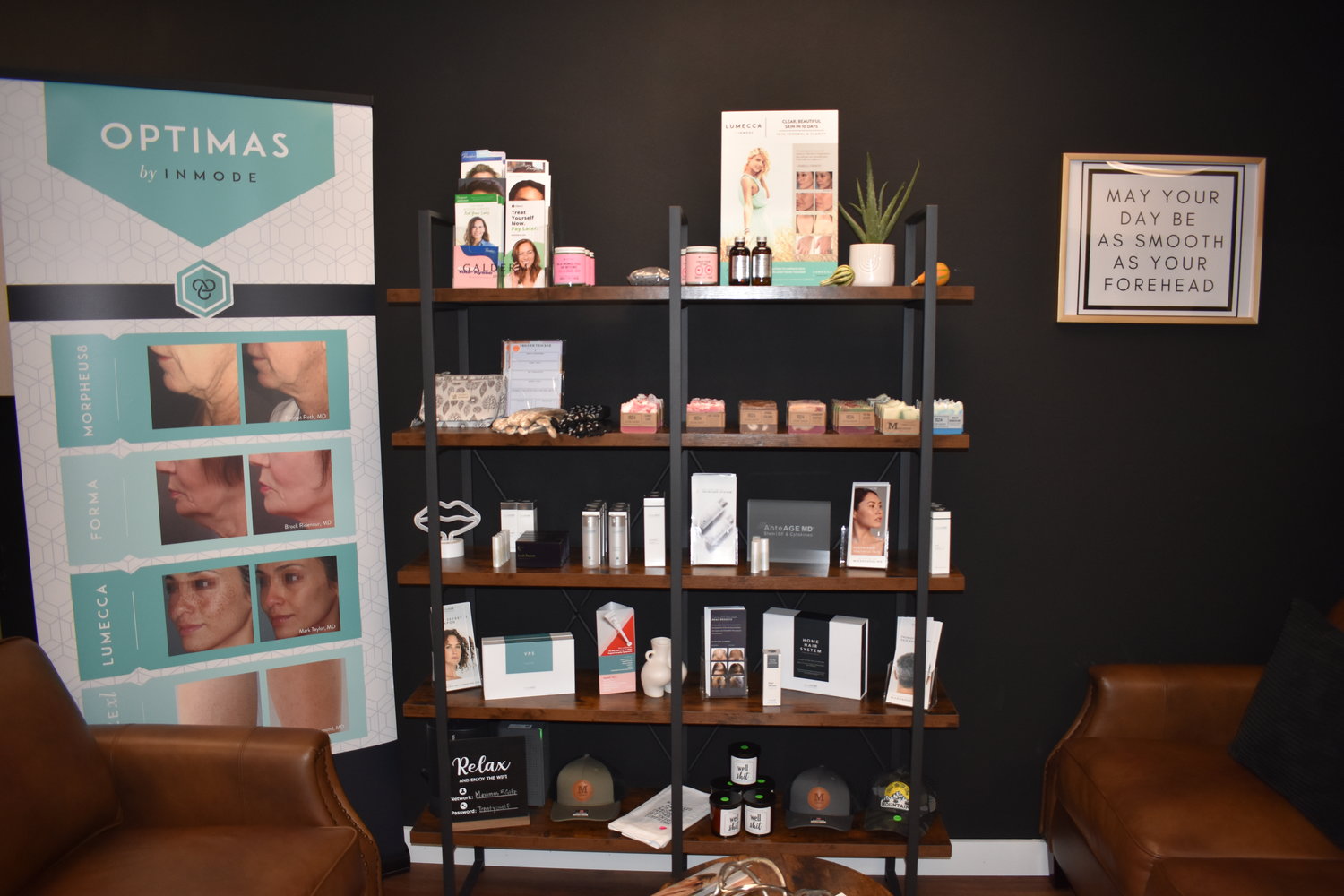 Inside Maximus Aesthetics & Wellness are displays that show before and after photos on everything from sun and age spots to tightening of loose skin. Ali Rauls and Katie Treichel educate their clients, and work in a collaborative effort to reach the best results.
Benny Mailman 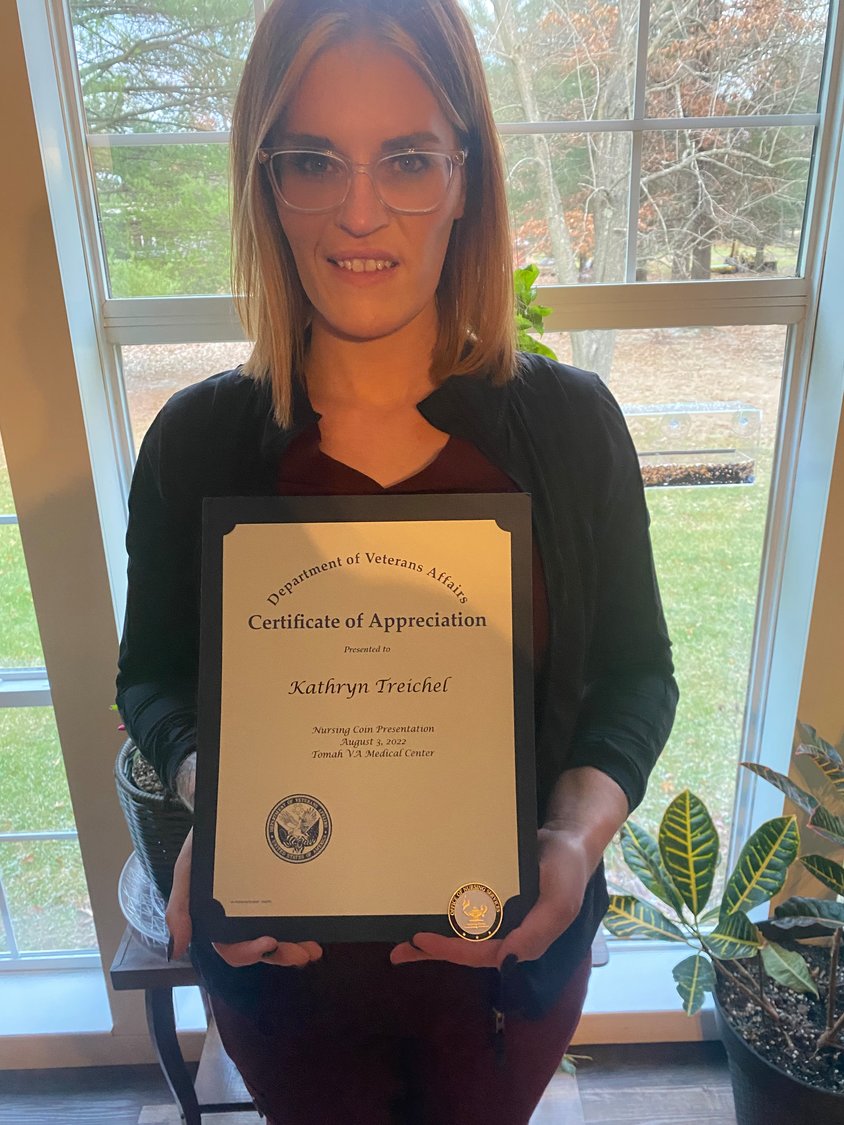 Katie Treichel standing with a Certificate of Appreciation award from the VA in Tomah.
Contributed
Previous Next
Posted Monday, November 21, 2022 12:00 am
By Benny Mailman

Now, 415 West Wisconsin Street, in Sparta, has something in common with Las Vegas, Nashville and even New York City: a medical spa. Although Maximus Aesthetics & Wellness is quite unique to Monroe County, medicals spas like it are quite common in other regions of the United States. In some areas of Arizona, for example, medical spas can be found dotting the landscape at six-mile intervals. Referred to by some as the “Fountain of Youth,” medical spas, such as Maximus Aesthetics & Wellness, offer to take away some of the more unwanted additions our bodies pick up as we age.

Owners, Ali Rauls and Katie Treichel, are professional nurses, both still working out at the VA, in Tomah. Rauls and Treichel tout their Morpheus8 Machine as proof of their professionalism. It is the premier top-of-the-line tool and the best modern-day device, used for tightening the skin, without surgery. Its proficiency is so popular that plastic surgeons have actually started utilizing them in their professional practices. Outside of Sparta, you would have to travel to Madison or the Minneapolis/Saint Paul area, in order to find a business that even has this upper-echelon machine.

The Morpheus8 machine utilizes micro-needling and radio frequency, to get top results. “The micro-needles are gold pins that break the skin, at different depths. Then a radio frequency is sent through the pins,” says Ali Rauls, co-owner of Maximus Aesthetics & Wellness. “Your body perceives this as an injury and sends healing factors to the area. This eventually leads to more collagen being produced by your body, which is a process that slows down as we age.”

Treichel and Rauls speak of helping people to get rid of unpopular guests we may gather as we age. These unpopular features may include: jowling (extra flabby skin on the neck); crow’s feet (wrinkles by the eyes, often earned by squinting at computer screens); rosacea veins-more commonly called spider veins-which appear on the face at times; cystic acne or acne scars; and brown and pink pigmented spots, brought on by the sun and aging.

Katie Treichel and Ali Rauls both have quite a storied background in their field. Treichel recently received an award from the annual 7 Rivers Alliance and River Valley Media Group, Rising Stars Under 40, commonly referred to as the 40 under 40 award. Rauls has been an Emergency Room (ER) nurse for the majority of her career, having never strayed from the high-energy job. Rauls has also worked as a flight nurse, having spent time in the distant and desolate areas of Alaska; the Blackfeet Indian Reservation in Montana (fixed wing aircraft); and the oil fields of North Dakota (helicopter). Treichel and Rauls met up at the VA Hospital in Tomah and came up with the idea of a medical spa in rural Monroe County.

The two most important criteria that the two demanded of their business, Maximus Aesthetics & Wellness, was first, to be 100 percent transparent with their clients and second, address the wellness of their clients as being the primary focus of any procedure. “We have studied for so long on what we do here,” says Rauls. “While there are shortcuts people can take to legally do what we do, they may not even have had any formal training. We took the long road, often flying to Arizona in order to get hands-on experience, so that we could offer the best services, with official accreditation and absolute certainty in our skills.” Ali went on to say that their education is ongoing and that they are constantly staying up to date on all aspects of what they offer at Maximus Aesthetics & Wellness.

In addition to all the procedures that can be done with the Morpheus8, Maximus Aesthetics & Wellness also offers Botox. Before opening here in Sparta, Ali Rauls would have to travel all the way to Madison to get botox injections for her jaw. “I grind my teeth. And the only way to actually stop grinding them was to get Botox injections,” she explained. “Not a lot of people know that Botox can stop the grinding, by being injected into the jaw and the chewer muscles in the head. It brings so much relief and the pain goes away.”

When asked about their partnership, Treichel and Rauls are quite happy with how it is all coming together. “We are actually really balanced out,” Rauls stated. “I have the same energy as I had when I worked in ER, so I like more of the fast paced aspects of the business, whereas Katie is really good with fillers and the aspects that require a super amount of patience.”

“What I like about our business here is that it is ours,”says Katie Treichel. “What we put in to it is what we will get out of it. The reward is success and knowing that Ali and I are the reason for it. We are a great team, and because of our backgrounds, we know we offer the best services along with transparency. We have our customers’ best interest in mind, always.”

Treichel and Rauls have services that can provide smoother and tighter skin, reduces wrinkles, acne, stretch marks, pigment, and scarring, and can restore volume loss. They also provide Dry Needling, a procedure that takes out muscle knots for a 3-month period. They pride themselves in educating their clients and actually working with them, to provide transparency at every step of the process and then providing that service. They are located at 415 West Wisconsin Street, Suite #2, with their office facing Wisconsin Street. You can also follow them on Facebook, which also has links to setting up an appointment.. They can be reached by phone, at 608-999-3444.