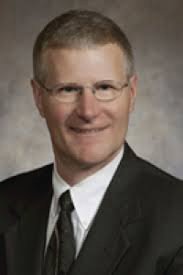 I recently authored and co-sponsored two constitutional amendments that will increase fiscal responsibility and accountability in Wisconsin. My colleagues and I held a press conference on these bills before a public hearing on the legislation to explain our goals for these proposals.

Most sessions I have authored legislation to require Wisconsin to account for and report all funds it receives or expends in accordance with generally accepted accounting principles (GAAP). This set of strict accounting standards minimizes budgetary tricks and is required of local governments, school districts and businesses.

The state has historically “balanced” its books by using cash-basis budgeting. Over the years, this has led to all kinds of creative techniques to balance the budget.

When I was first elected to the Legislature, Wisconsin was in a $3 billion hole at the end of the Doyle administration. Unfortunately, in order to “balance” budgets on paper, former Gov. Jim Doyle used the following gimmicks:

Gov. Doyle was not the only governor or Legislature to use these creative accounting techniques, nor will he be the last if we don’t pass this constitutional amendment to require the state to follow GAAP accounting. Both parties have used gimmicks to make budgets work. But as a CPA, I do not support this practice.

The timing is right to formalize the use of GAAP as a constitutional amendment. In 2010, the Wisconsin GAAP deficit stood at over $2.9 billion, but by the end of 2020 that deficit was turned into a surplus for the first time since the state started publishing the financial position of the state using GAAP. At the end of fiscal year 2021, the state had a GAAP surplus of nearly $1.2 billion.

Wisconsin is one of 15 states that does not follow GAAP accounting for budgeting. But, we have spent more than a decade responsibly budgeting to get Wisconsin out of the $3 billion hole. We have budgeted with the GAAP deficit in mind over the last 10 years, and our strong financial position demonstrates this commitment.

This amendment will eliminate the temptation for future legislatures and governors to use budget gimmicks to balance the state budget. Local governments, school districts and businesses use GAAP accounting. The state should, too.

In addition to the GAAP amendment, my colleague and fellow CPA, Sen. Dale Kooyenga (R-Brookfield) has authored a constitutional amendment to restore legislative oversight for federal funds that are sent to the state.

The most recent deluge of federal dollars for COVID-19 relief have exposed a major deficiency in our state statutes.  For much of Wisconsin’s early history, lawmakers had the final say over the spending of all funds in the state treasury, no matter their source. However, legislators abandoned that important responsibility during the Great Depression era as federal dollars began to compose a much larger share of state spending. During that time, the Legislature enacted a series of laws giving most authority over federal funds to the executive branch.

SJR 84 would return ultimate decision-making responsibility to the Legislature by requiring all initial appropriations of federal monies be approved by a joint committee of the Legislature. By opening up billions of dollars in spending to the legislative process, lawmakers and the general public will have significantly more opportunity to have their voices heard and encourage a more accountable and efficient distribution of those funds.

These two constitutional amendments will improve fiscal responsibility and accountability in Wisconsin. I am hopeful that they will both pass this spring and I will swiftly reintroduce the GAAP amendment in January 2023 for a second passage. If successful, it will then be on the ballot for all Wisconsinites to vote.