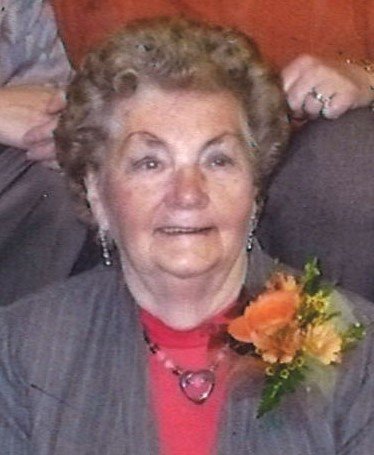 Leona went to school through 8th grade and then went out to work, helping with chores and house cleaning for other families. Leona would later work with a couple of girls that she roomed with, stripping tobacco.

Leona would marry Ernest B. Leis on April 25, 1944 and farmed while also running a milk hauling business for many years. In their spare time they raised 13 children.

Leona loved to garden and crochet. She also helped Ernie with his woodworking projects after he retired from milk hauling. In their later years, they spent many hours putting puzzles together.

Leona is preceded in death by her husband; her parents; her two sisters Helen Steidl and Julia Kumm; three of her brothers Walter, Jerome and Richard Steidl; and two daughters-in-law Jeanie and Sheri Leis.

Funeral visitation was held from 9:30 a.m. until 12 noon on Saturday at the church. Online condolences may be offered at www.schanhoferfh.com.