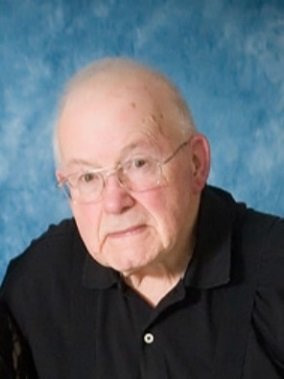 LA CROSSE - Joseph John Leuck Jr., “Joe” 84 of La Crosse, WI passed away Monday, July 25, 2022 at Gundersen Health System in La Crosse WI as a result of pneumonia.  He passed away with the love of his family at his side.  Joe was born May 18, 1938 to Joseph Sr. and Agnes (Richard) Leuck in Cashton, WI.  He was a 1956 graduate of Cashton High School where Joe was valedictorian of his class.

Joe was a worker at heart.  He worked for the Brueggen Service Station in Cashton, WI then went on to work for 5 years at La Crosse Rubber Mills.  For much of his life, he was a self-employed carpenter and took great pride in his work.  He worked part time for the St. Joseph Sanitary sewer and water utilities for 43 years which left him time for his carpentry work.  Joe was A Place of Grace volunteer when it opened in 1997 and worked every Thursday making desserts with pumpkin pie as his specialty.  His friend since 1976, Tom Thibodeau stated that “He cuts a piece of dessert as carefully as he cuts a mitered corner on a piece of trim.”  In 1988 he joined the Franciscan Sisters of Perpetual Adoration and became a lay person and a lay minister for the Diocese of La Crosse.  He was asked to become the chief builder and overseer of a prayer hermitage project in the woods behind the Villa St. Joseph; a project he was honored to be a part of.  He also gave his time to being a part of Habitat For Humanity.  Joe had a bumper sticker on the back of his truck that read, “My Boss is a Jewish Carpenter.”  This proved to be a perfect example that Joe’s life work was a testament to his strong and resilient relationship with God and his Catholic faith.

Joe was united in marriage to Mary Anne (Savall) on June 10, 1967 in Cashton WI and shared his life with her for 53 wonderful years.  They had one son, Brian.  They enjoyed attending many of his school functions and sporting events.  Vacations “Out West” provided many life-long memories for the family.  Joe liked to dine at the Barre Diner and The Hungry Peddler, but his favorite place was Culver’s on the south side of La Crosse.  It seemed as though he always had a coupon in his pocket.  He loved collecting Scoopie Tokens to give to his granddaughter, Maddie.

Joe was just Joe.  He always had a story to share.  He didn’t try to be anybody else.  He was just himself, and that was the gift of Joe.

A Mass of Christian Burial will be held at 11:00 a.m. Monday, August 1st at Roncalli Newman Catholic Church in La Crosse.  Family and friends are invited for visitation from 10:00 a.m. to the time of the service at the church.  Burial will follow in the Sacred Heart Catholic Cemetery in Cashton, WI.

The family would like to thank the 6th floor Medical staff at Gundersen Health System for their kind and compassionate care given to Joe and the staff at Benedictine Villa for their care while he was a resident there for 15 months.

Torkelson Funeral Home of Cashton is assisting the family with arrangements.