Fun right on target at Monroe Counties National Night Out 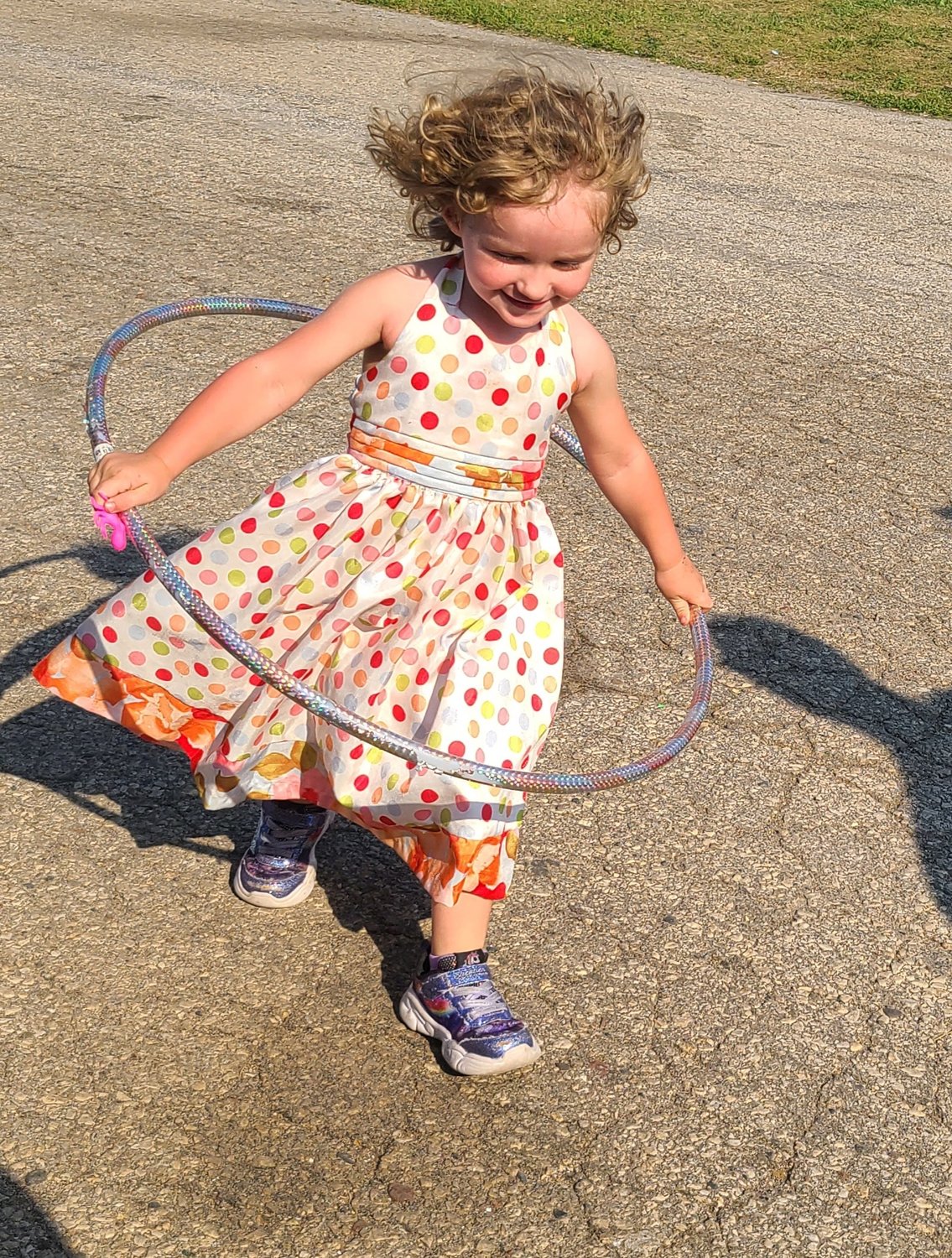 Monroe County held its National Night Out on Tuesday August 2nd, in Tomah. The event included over 40 not-for-profit organizations, offering everything from interactive physical challenges to artistic endeavors and trivia contests for area families.

William Randall, 9, of Warrens, got some extra target shooting practice in Tuesday night, thanks to the annual National Night Out event held at Tomah's Recreation Park. Randall, who attended the National Night Out with his grandmother, Pam, said he loves having fun with his BB gun at home, target shooting with his father Josh. This was his first time attending the National Night Out event and the target practice was provided by the Cub Scout Pack 279 inside of an inflatable shooting range. Before he had gone to hone his marksmanship, William worked on his strength and endurance by doing push-ups at the National Guard booth. "He found out the proper way to do a push-up," Pam said. "It’s something new for him".

Across the road, Bennett Wolf, 2, of Tomah was enjoying a petting zoo, which included donkeys, ducklings and a llama. "He loves it," his father, Jon, said. "This is our first year."

At a different booth, another Tomah 2-year-old, Sora Snyder, showed off her hula hoop skills. Her mother, Kayla, said her daughter is not shy. "She does a parade wave whenever she leaves the hospital".

Oliver Hayes, 6, of Tomah, attended the event with his mother, Allyson. He was busy at the Tomah Health booth making a stress-ball, utilizing only rice and a balloon, with the help of Lisa Daniels. Oliver's mother said they come to the event every year. "It’s fun for the whole community," she said. "It’s free family fun."

When Oliver was done making his stress-ball, Daniels explained its use. "It's to help you relax, when you’re all stressed out, like after you’ve had a hard day at school," she said.

A few booths down, Emily Reitz, the ADRC dementia care specialist for the county, offered coloring sheets for the children. "I did have bubbles, but they went really fast," she said, adding that she will be offering additional projects and support for the community to participate in.

Jarrod Roll, director and county historian at the Monroe County Local History Room and Museum, had a wheel-spinner, prompting children to ask historical questions, such as the correct name of Fort McCoy.

Some of the other activities included the Tomah Police Department’s Bike Safety Expo and Monroe County’s Combined Tactical Unit demonstration, along with water spraying by the Tomah Fire Department.

To find out more, go to Monroe County National Night Out on Facebook.