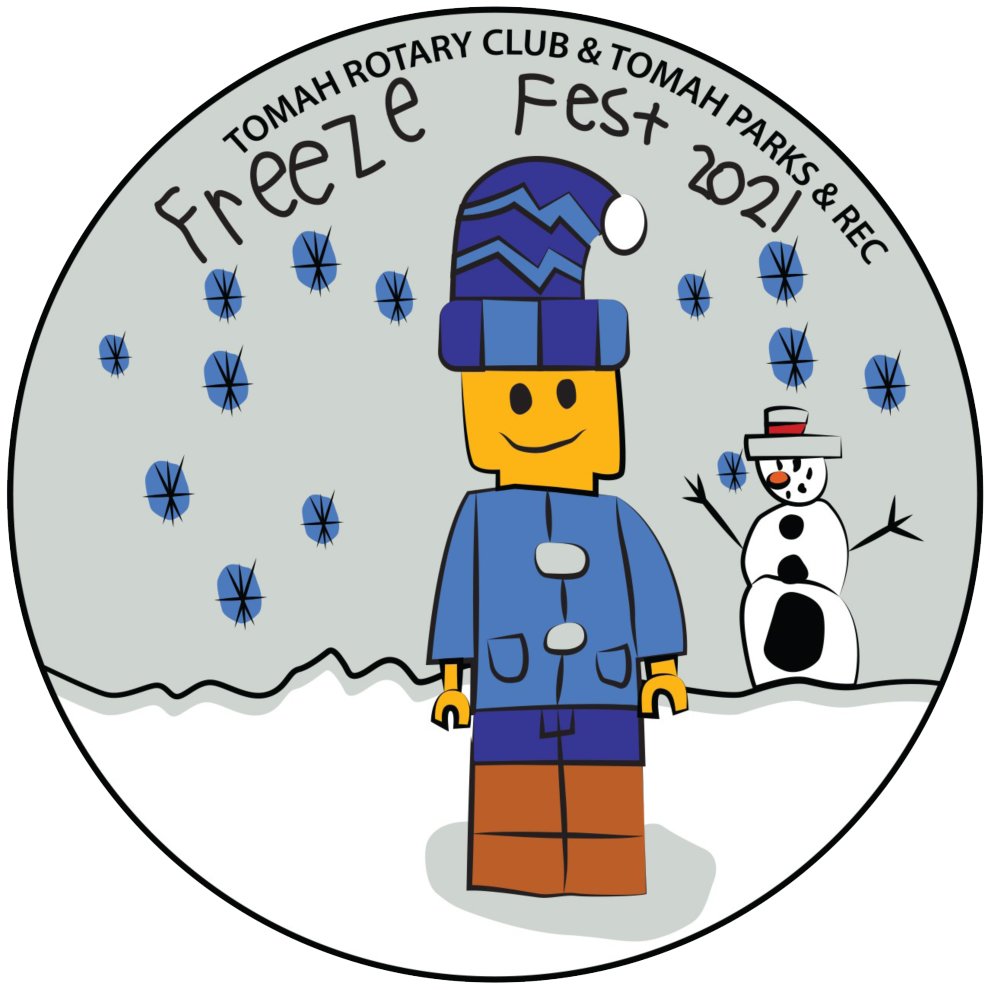 This year’s Freeze Fest, to be held Jan. 29 to Feb. 6, in Tomah, has some new events added to old favorites.

The 12th annual festival, sponsored by the Tomah Rotary Club and the Tomah Parks and Recreation Department, kicks off with a virtual snow sculpture contest on Saturday, Jan. 29, and a medallion hunt (where the lucky individual who finds the medallion will win $400 in Chamber bucks) to begin on Monday, Jan. 31.

Almost all events can be accessed with a Freeze Fest button, selling for $1 at the Tomah Chamber office and Tomah City Hall.

One of the organizers of the event is Deb Reid, acting treasurer of the Tomah Rotary Club, who has served on several Freeze Fest planning committees.

She explained the chili event has been added to this year’s fun.

“This is brand new,” Reid said. “We’re hoping to have 10 (participants), but we currently have three.”

The people who attend pay $10 for chili, a drink and a ticket for a $100 raffle. They will “vote with their dollars,” putting funds in a bucket near their favorite chili creation.

This is a fundraiser for Brighter Tomorrows, an organization that helps victims of domestic violence.

Chili chefs may want to get creative for a chance to win a trophy, a $100 cash prize and bragging rights.

“We’re hoping to have a variety,” Reid said, adding that people could bring chili made with venison, a white chili or a “five-alarm spicy chili.”

Another new event Reed is helping to organize is the remote control car races. “It’s all inside at Recreation Park,” Reed said. She said they have no idea how many participants to expect at the races, which will be run in three separate age categories.

Freeze Fest has seen changes over the years, but a global pandemic definitely brought organizers back to the drawing board.

“We had it in 2020, but it was mostly virtual,” Reid said. In prior years, they had bounce houses, which came to an end when COVID pandemic restrictions were put in place.

“COVID forced us to rethink,” she said. The virtual snow sculpture event and a virtual fishing tournament had been added last year and will continue to be a part of this year’s celebration, along with euchre and bingo at the senior center, ice skating at the Tomah Ice Center and a “Swish Across The Lake,” snowshoe and cross-country ski event at Winnebago Park that also includes a sky lantern release over Lake Tomah.

With more online events and business sponsorships, Freeze Fest has changed in the past 12 years. “It’s morphed over the years,” Reid said. “It's live-and-learn.” To find out more, go to TomahRotaryClub.org.