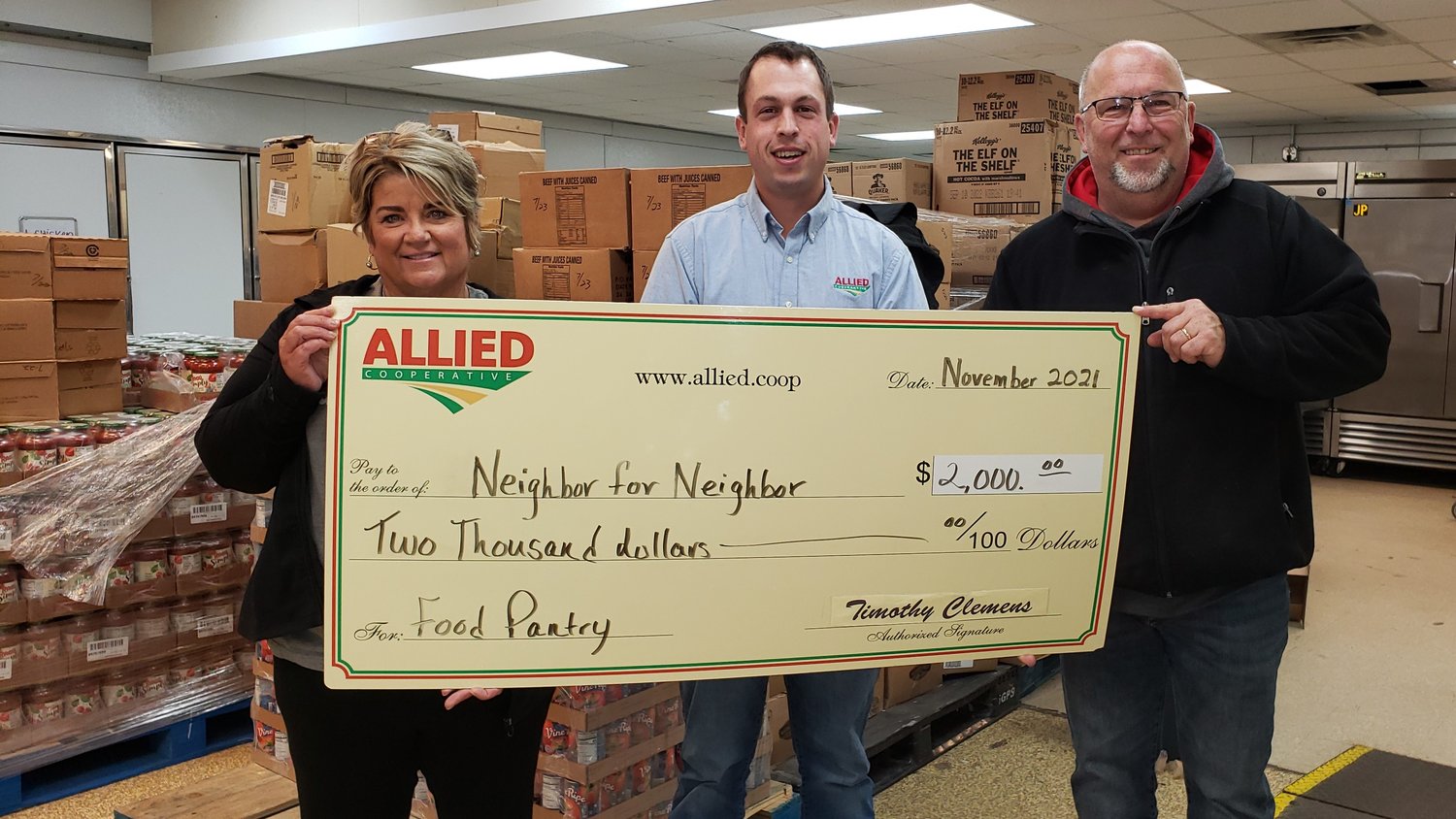 Tomah’s Neighbor For Neighbor Food Pantry has been the recipient of several food and cash donations to sustain its mission early in the holiday season.

The first is a $2,000 donation from Allied Cooperative and Land O’ Lakes. Combined, they donated $26,000 to area food pantries as part of a cooperative match program.

Pantries in Adams-Friendship, Arcadia, Black River Falls, Blair, Galesville, Mauston, Montello, Necedah, Plainfield, Plover, West Salem and Baraboo, along with NFN were recipients of the funds with $2,000 going to each pantry.

“Since the beginning of the pandemic, food banks and pantries have experienced a sharp surge in need. The need has been even more apparent with the increase in gas and grocery prices we have seen in recent days. It is our hope that the donations will be a blessing to all of our communities during this difficult time,” said Karmen Bernacchi, director of marketing communications.

The pantry also received a total of 2,500 cans of food (1,675 pounds) and two turkeys from Loyal Source Government Services. The Orlando, Florida-based contractor has 350 staff working at Fort McCoy, according to Urbanette Marks, operations manager.

Marks and several employees delivered the food last week. The food drive was part of competition with employees at Loyal Source in Orlando. The contractor has been at Fort McCoy since late August and will remain on site until the contract is complete. Along with canned goods and two turkeys, there was a significant amount of pasta donated. The food drive started Nov. 2.

The food will be incorporated into the NFN pantry supply.

In addition, about 300 turkeys were delivered last week as part of donation from RK Emergency Management Support, another Fort McCoy contractor.

NFN volunteers started handing out one turkey per family last week and will continue until they are gone. If there are turkeys left after Thanksgiving, they will be distributed the Christmas season.