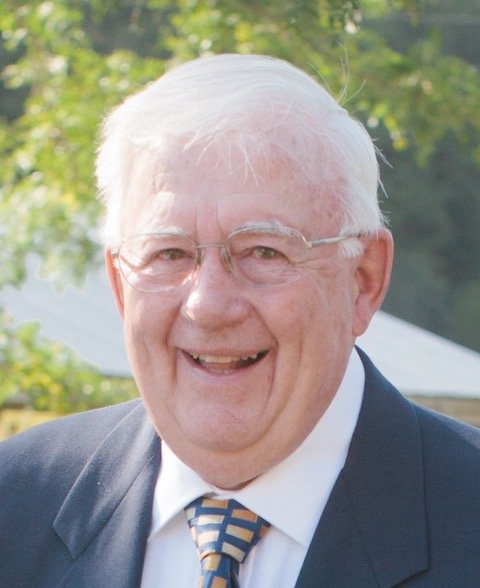 Norwalk - Donald R. Haldeman, 85, of rural Norwalk, WI passed away peacefully at the Serenity House in Tomah November 20, 2022. Don was born December 22, 1936 to Howard and Lillian (Sell) Haldeman in Monfort, WI. While still an infant, his family moved to a farm in Spring Valley, Sheldon township. Don graduated from Norwalk High School in 1954. In 1957, he met Beverly Hansen on a blind date. After going their separate ways, four years later fate brought them back together and they were married March 17, 1962 in Baraboo, WI.

After high school, Don continued to farm with his parents. In 1965 when he suddenly lost his father, he decided to build his first milking parlor. As technology changed in the dairy industry, Don continued to modernize and expand his operation. For several years he farmed in partnership with his brother-in-law, Tom Tourville. In 1999, he and Bev merged their farming operation with their daughter, Deborah and son-in-law, Alan’s dairy farm forming Spring Valley Holsteins. He was always looking to the future and was proud to have his two grandsons, Matthew and Jordan, return to the family farm after graduating from college.

Don was a strong believer that no one had the right to sit on the sidelines and grumble, instead they should get involved and stand up for what they believed in. For this very reason, he was involved in various organizations and boards throughout his life. In 1957, he earned the American Farmer Degree, the highest honor by the FFA. He was a member of the Norwalk-Ontario School Board for many years and served as President from 1967 to 1982. Don was also a member of Farm Bureau; he served as President of the Monroe County Farm Bureau, and in 1971 was elected President of the Wisconsin Farm Bureau, a position he served in for 20 years. During that time, he served on various trade delegations to European countries and China. In the fall of 1991, he resigned from that job to take a position as Vice President and CEO of Rural Mutual Insurance Company in Madison.

Don loved anything related to farming and was a strong advocate for the agricultural industry. Throughout his career, he was appointed by Governor Dreyfus to the Wisconsin Department of Natural Resources Board, was appointed by Secretary of Agriculture John Block to serve on the National Dairy Promotion and Research Board, was elected to the American Farm Bureau Board of Directors and served on the Wisconsin Power & Light/Alliant Energy Board of Directors. After living out of a suitcase for over 30 years, he retired from Rural Mutual in 2005 and returned to living full time on the farm he loved the most. Farming was his passion and once retired he rarely left the farm.

Don was preceded in death by his parents and his wife of 57 years, Beverly.

The family would like to thank the wonderful staff at the Serenity House for the compassion and care they gave Don during his last days. A celebration of life will be held at a later date.