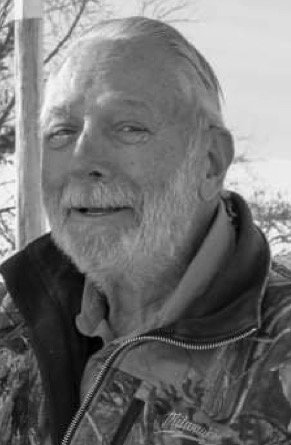 Following high school, Don enlisted in the U.S. Air Force where he served on the crash rescue team for 4 years.   He was united in marriage to Judy Chick in 1969.  Together, they were blessed with 2 children, Sara and Jack.

Don was most known for his ability to chat with anyone in his role as a salesman for Tralmers Plumbing and Hardware Hank’s.  He could make friends with anybody that entered the store!  Don was a true mentor and giver at heart; he loved teaching, especially for the youth hunters and making homemade caramels to share. Don enjoyed hunting, fishing, and gardening.  He always looked forward to his coffee clutch group.  Don was a true family man and his grandchildren and great grandchildren brought him immense joy.

Don was an avid supporter of the Tomah VFW Post #1382 and he enjoyed volunteering as a DAV driver.  He was a devoted member of the Queen of the Apostles Catholic Church in Tomah and was part of the Knights of Columbus.

Mass of Christian Burial with military honors will be held Wednesday, January 12, 2022, 11:00 a.m. at Queen of the Apostles Parish in Tomah. Father Samuel McCarty will officiate. Burial will be held in the St. Mary’s Catholic Cemetery, Tomah, Wisconsin.

Family and friends are invited for visitation Tuesday, January 11, 2022, from 4:00 p.m. until 7:00 p.m. with a rosary to begin at 3:30 p.m. at the Torkelson Funeral Home in Tomah. Visitation will also be held on Wednesday from 10:00 a.m. until the time of service at the church.  In lieu of flowers, memorials may be given in Don’s memory to the DAV (Disabled American Veterans) or the Tomah VFW Post #1382. Online condolences are available at www.torkelsonfuneralhome.com.