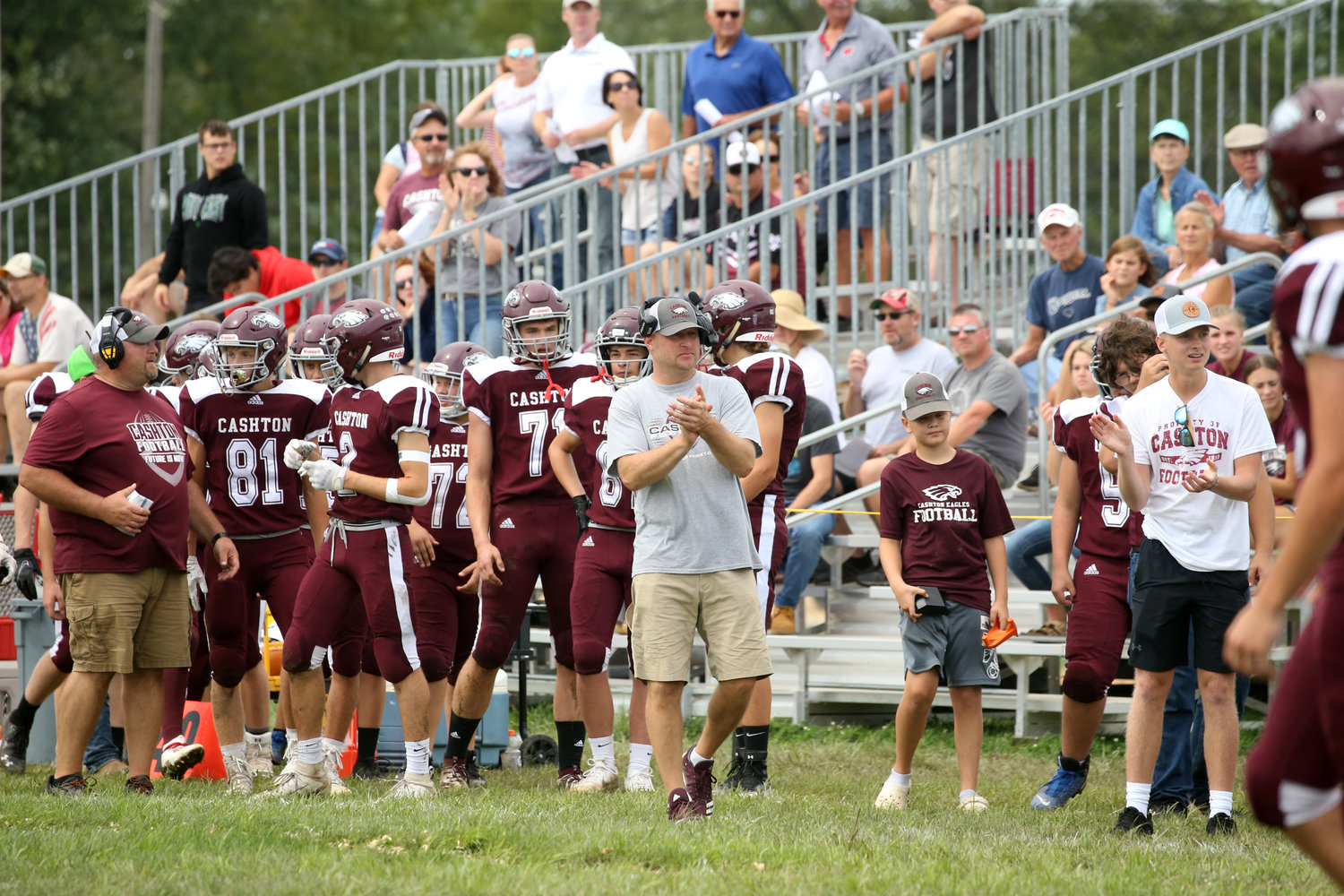 The Friday night lights are back this week for the 2022 high school football season in Wisconsin, though the first games are set to be played Thursday as a taste of things to come for a more robust statewide schedule Friday.

Sparta, Cashton and Bangor all get their 2022 campaigns underway Thursday evening, with Tomah and Brookwood both following in the traditional Friday timeslot. All five local teams face the same opponents in Week 1 that they did to open the 2021 season.

Last fall, the Cashton Eagles used their season opener to make a statement of things to come during a magical 2021 campaign. They'll look to do something similar to kick off 2022 against the same familiar foe.

Prior to COVID, Cashton and the Ithaca Bulldogs played each other every year from 2003 to 2019, with the Bulldogs going 15-2 over that stretch.

After the pandemic axed their 2020 matchup, the series resumed in 2021 with the Eagles snapping their seven-game losing streak to the Bulldogs, who have made the postseason every non-COVID season since 2007.

In that last meeting, Cashton blanked the Ithaca Bulldogs in the second half and found the end zone twice in the third quarter to pull off a 19-14 win over its non-conference rivals.

Ithaca lost a boatload of key contributors to graduation following a season where the team went 6-4 and finished second in the Ridge & Valley Conference. That list includes all eight of their players who earned all-conference honors in 2021. The Bulldogs also underwent a coaching change with Steve Olson succeeding Chad Clary, the latter of whom had been the program's head coach since 2011 and served as defensive coordinator for the 15 years prior to that.

Ithaca's leading returning rusher is junior fullback Caleb Birkrem, who ran for 111 yards on 12 carries during his sophomore season. The Bulldogs and the Eagles clash Thursday, August 18 at 7 p.m. in Cashton.

For a second consecutive season, the Spartans kick off their schedule with a road trip to take on the Baldwin-Woodville Blackhawks out of the Middle Border Conference.

Baldwin-Woodville, who missed the playoffs last year for the first time since 2017 after going 4-5 overall and 2-5 in conference play, got the better of Sparta in a 17-6 win in their 2021 season-opening clash. The two teams will square off once again on the opening night of the 2022 season Thursday, August 18 at 7 p.m. in Baldwin.

Last year under center, Werner completed 29 of 56 passes for 489 yards, six touchdowns and one interception. Junior Collin Fritts was the Blackhawks' leading receiver with 270 yards and a touchdown on 17 receptions. Among returning players, junior Ryan Veenendall got the most touches out of the backfield, accumulating 208 yards and four touchdowns on 46 carries.

Bangor and Melrose-Mindoro have been two incredibly consistent programs for well over a decade now and, for a second straight year, will start their seasons against one another.

Both the Cardinals and the Mustangs have made the playoffs every year since 2008, though Melrose-Mindoro has one more appearance than Bangor over that stretch since the Mustangs played during the 2020 fall season and the Cardinals participated in the postseason-less spring alternate season.

Bangor comfortably blew past Melrose-Mindoro at home last August to the tune of a 30-7 victory and will look for a similar result on the road when the two sides reacquaint themselves Thursday, August 18 at 7 p.m. in Melrose.

Junior Braydon Lockington, who was a second-team all-conference pick at inside linebacker last fall, is head coach Tory Lockington and Melrose-Mindoro's lone returning All-Dairyland Conference selection out of five from 2021.

In addition to playing linebacker, Lockington starts under center for the Mustangs. Last season, he completed 74 of 157 passes for 990 yards, seven touchdowns and nine interceptions while also rushing for 277 yards and five touchdowns on 94 carries.

Coming off a winless campaign, the Tomah Timberwolves want to begin the 2022 season on a positive note. To do so, they'll have to get through one of their top rivals.

Aside from the COVID-altered 2020 season, Tomah has kicked off its football schedule against the Mauston Golden Eagles every year since 2014. It’s been a competitive series, with the Timberwolves holding a 4-3 edge over that span. Three of those games have been decided by one possession, and none by more than 16 points.

The home team has won the last five games in the series, a trend the Timberwolves hope continues when they welcome in Mauston Friday, August 19 at 7 p.m. in Tomah.

Friday’s clash marks the start of a new era for Mauston football, as Dustin Vickerman begins his tenure at head coach after taking over for Roland Lehman.

The Golden Eagles went 47-47 in 10 seasons under Lehman, including a 32-21 mark in South Central Conference play. Mauston has made seven straight postseason appearances since 2015 — after having previously not qualified for the playoffs since 2005 — and won conference titles in 2018 and 2020.

Last year for Mauston, Goodman reeled in 35 catches for 528 yards and six touchdowns, while junior Brady Baldwin rushed for 352 yards and five touchdowns on 68 carries.

The season-opening matchup between Brookwood and Cochrane-Fountain City features a pair of programs who have recently been consistent playoff qualifiers, but missed out on the postseason in 2021.

The Falcons were playoff participants in six years out of seven starting in 2013, including five straight from 2015 to 2019. The Pirates made the postseason 10 out of 12 years from 2009 to 2020. Like Brookwood, head coach Jesse Cyrus's Pirates failed to qualify for the playoffs a year ago after going 2-7 overall and 2-5 in Dairyland Conference play.

In 2021's season opener, Brookwood rolled its way to a 34-14 road win over Cochrane-Fountain City. This time around, the Falcons will play host to the Pirates Friday, August 19 at 7 p.m. in Ontario.

Senior Ayden Lisowski, who was an all-conference second-team selection on the offensive line last season, is among the returning starters for Cochrane-Fountain City. After losing a ton of production on offense, players like junior quarterback Austin Arnburg, junior halfback/wide receiver Drew Wicka and senior tight end Andrew Bissen are set to assume larger roles for the Pirates.