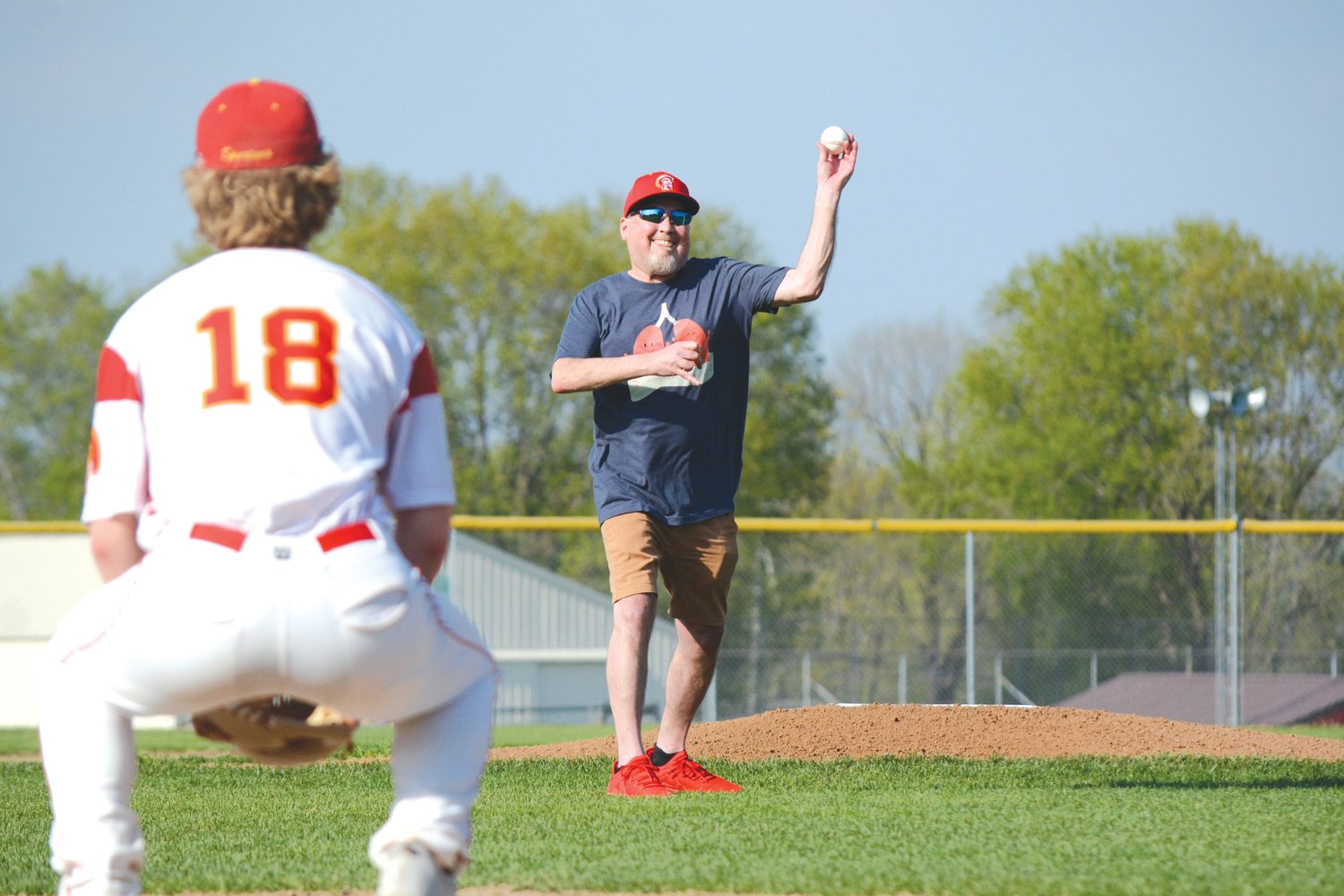 Last week, fundraising for Chad Guns and his family kicked off with a ceremonial first pitch to his son Nate at the Sparta versus Aquinas game.

Julie Ender, of Sparta High School’s Honors Society, thought that they could do a fundraiser to help bring awareness to the transplant issue of long waits while simultaneously helping a family that is dedicated to the Sparta Area School District.

"Every April from now on, we will have some sort of event or fundraiser to bring awareness to this cause,” said Ender.

"The Guns family is very passionate about helping this cause,” said Ender. "The National Honors Society at Sparta High School sold t-shirts, had a bake sale, and we are doing a miracle minute today (Thursday) to round up donations for the family.”

According to the gofundme page set up by Jim Kruse: "After several months of struggling with fatigue, shortness of breath and multiple tests, Chad Guns was diagnosed with Interstitial Lung Disease in 2020. This is a progressive condition which has caused permanent scarring and in Chad’s case they were not able to pinpoint a cause. He was put on oxygen full-time as his condition continued to deteriorate."

Guns was then placed on the transplant list for a double lung transplant. Unfortunately, there is no way to know how long you will be on the waiting list. It could be days, months, or years.

When they found out, they had a set of lungs for Chad, he had to stay in Rochester at the Respiratory Care Unit for a few weeks prior to surgery.

In March of 2022, Chad got a new set of lungs. Post-surgery, he had to stay in the hospital until he was strong enough to leave, then had to stay close to the Tr a n s p l a n t Center for a couple of months.

Chad is a Sparta Virtual Learning Academy teacher for 6th, 7th, and 8th grade. Chad’s wife, Jill Guns is a behavior support teacher in the district as well. They have both been with the district for at least 22 years.

Jill had two bouts of cancer recently as well and has received a stem cell transplant.

Chad is also a "long time coach, a husband, a dad, a brother, a friend and much, much more to many, many people."

Ender said, they raised over $1,200 from the baseball and soccer games last week, and that money went straight to the Guns family.