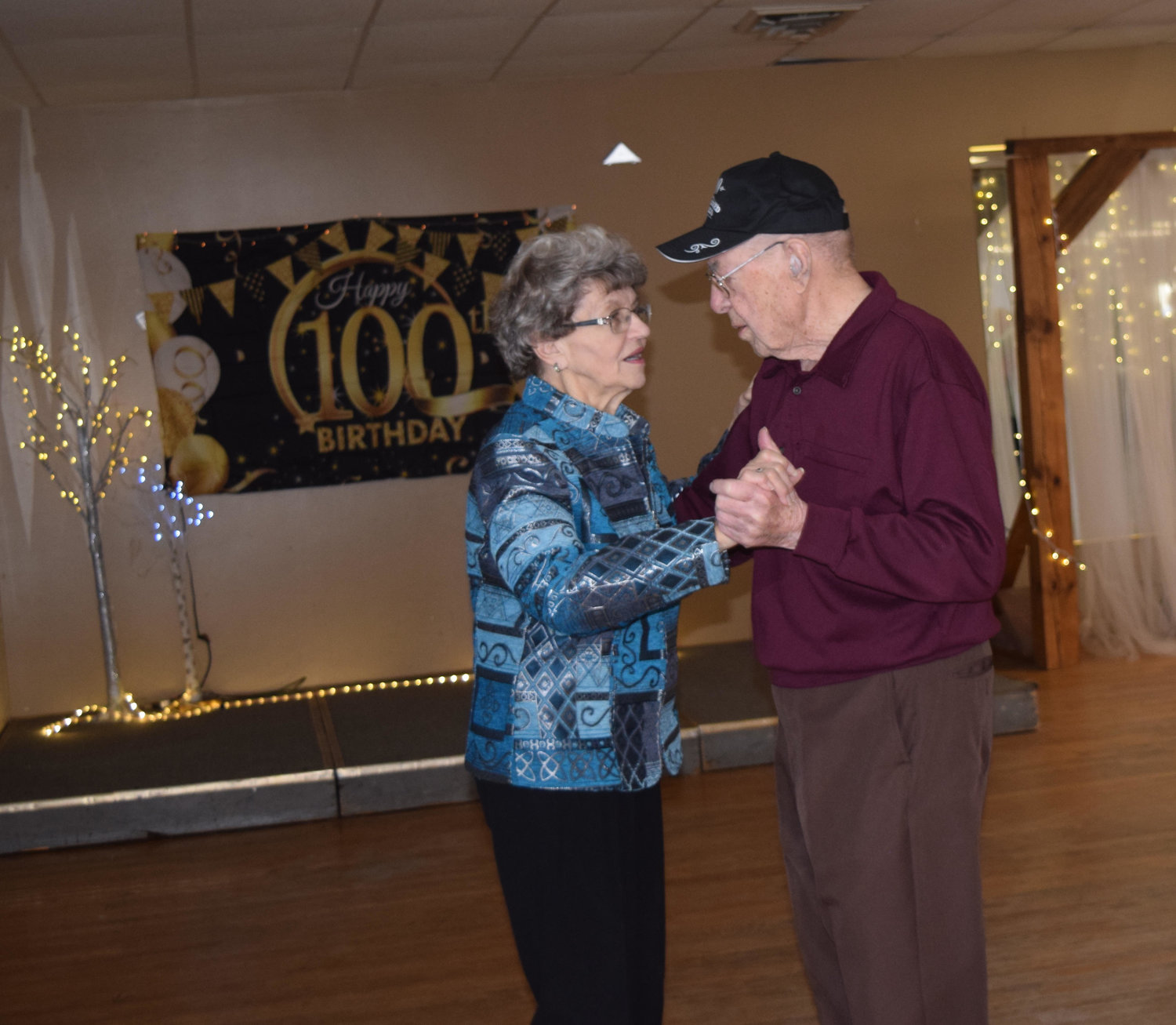 There’s something about Bob Everitt that draws people near him.

A packed ballroom of more than 100 people and a table of homemade cakes on Saturday, Jan. 15, at Club 16 in Sparta made that point clear.

But the man who organized the dance in honor of Everitt sees things from a different perspective.

“When you get to be that age, you ought to celebrate all year,” said Tim Woodruff, who organizes dances at Club 16.

Everitt said he began dancing at age 5 and even won a jitterbug contest at 15.

“I learned to dance early. My folks, every Saturday night, the neighbors all got together, and they had home brew in those days. Each one of them made a 10-gallon crock of home brew, and bottled it and rolled the rug up, and they all danced,” he said.

He said it felt “awful nice” knowing the dance was held in his honor.

“Nice to be wanted, you know? They all want to dance with me,” he said.

Everitt said he’d been coming to the Club 16 dances for about 15 years and always attends if there is a Saturday dance. If the dance happens to be on a Sunday, well, he has a standing date with the Concordia Ballroom in La Crosse.

Then there are the senior citizen dances on Wednesdays at the Harry J. Olson Center in La Crosse.

He’s so driven to dance, he drives himself to all his engagements, unless it’s after dark. Then he’ll ask friends for a ride.

Once in a while, he said, he will attend a night dance at the Winona VFW on Saturdays.

Monday nights are for bingo, and he also plays Phase 10 about three nights a week with his neighbors.

“He’s an amazing guy for his age. You would never guess he is what he is,” said Woodruff.

Woodruff said Evirett’s second wife, Jane, approached him and his friend Linda Frederick about six months ago to organize a surprise party dance in his honor. But after Jane passed away a few months later, Woodruff decided to let Everitt in on the plan.

When asked if there was a secret to aging well, Everitt said, “Well, my mother lived to 109, so I think I stole all of her genes. I think that’s the secret.”

Everitt said his mother’s siblings and his grandmother all lived past the centenarian mark, whereas on the Everitt side of the family, people lived only into their 70s.

Though Everitt was a good sport at being interviewed unexpectedly, he had an itch he needed to scratch as music drifted into the room from under the closed door.

“Let’s get this over with so I can go dance,” he said.

And then he was off …