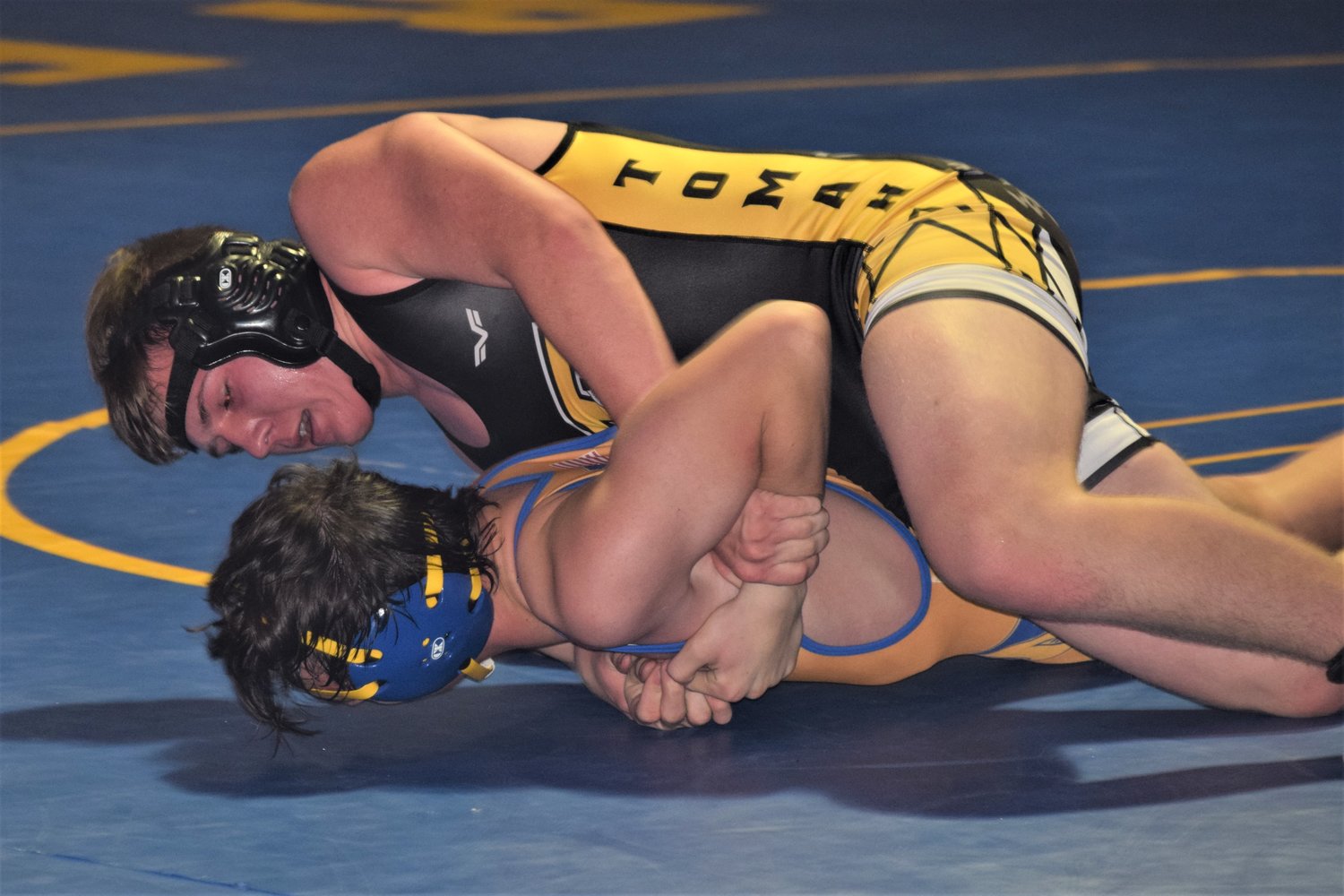 On paper the opening season match between the Tomah Timberwolves and Mauston Golden Eagles looked to be tilted heavily for Tomah. Tomah then traveled north for the Wausau Duals.

Mauston had to forfeit six weight classes. But for the contested matches Mauston used the power of the pin to keep the match close. At one point Mauston had a 34-24 lead late in the match. But the lack of wrestlers eventually caught up to Mauston as Tomah prevailed 42-34 in the battle for the Milk Can. Some key wins also played a role in Tomah’s win.

Mauston wrestlers recorded four falls to offset the forfeits. The teams had a double forfeit at 106 pounds.

Cameron Finch had his match under control against Mauston’s Alex Suhr before getting a third period fall.

At 126 pounds Caleb Pollack won by forfeit for Tomah.

Gavin Finch made it two pins for the Finch brothers at 132 pounds sticking Alex Zoller in the first period.

Benny Bemis won by forfeit at 138 pounds for Tomah.

Tomah’s Logan Bolton found himself in a precarious position en route to being on the wrong side of a first period pin against Jackson Whitney at 152 pounds.

Dalton Johnson’s 2-0 win for Tomah over Vince Bellock was not as close as the score indicated at 170 pounds. Johnson had control from the start and had Bellock on his back at various points of their match. Just not long enough to gain any back points.

Tomah went 3-2 in their trip to the Wausau Duals at Wausau West High School.

Tomah dropped a competitive first round match to Wausau West by a 45-29 score then bounced back to defeat Sauk Prairie 50-24. Tomah scorched Stevens Point 61-12 in the third round and followed with a 37-33 victory over Medford. Tomah lost to a strong Pulaski team 56-17 in the final dual.