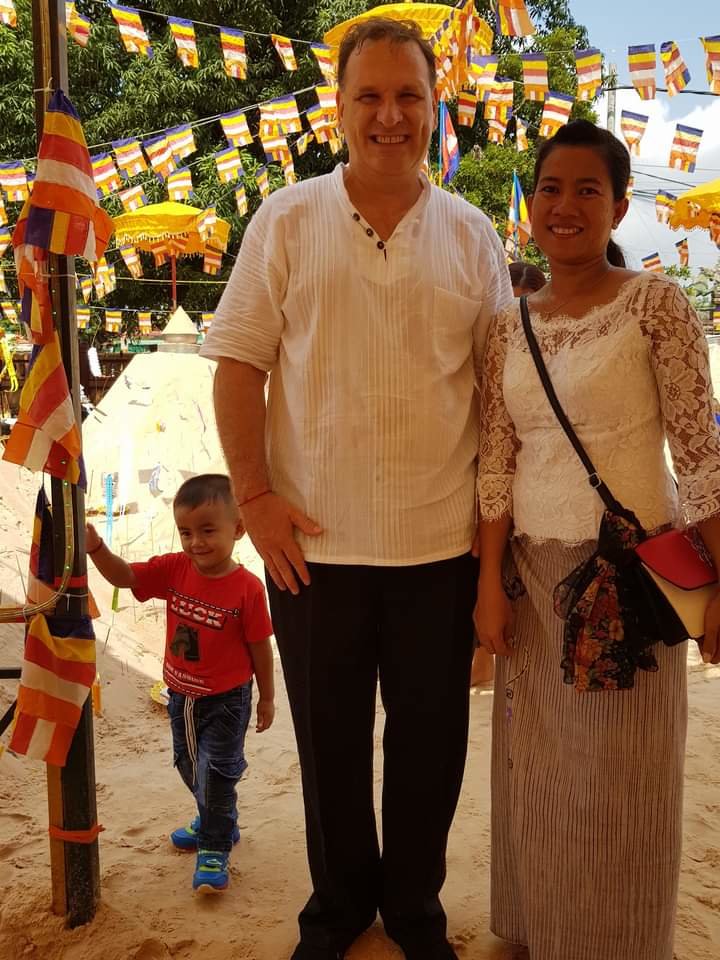 My wife, Vicheka Our and myself celebrating a Khmer holiday at a temple in Siem Reap, Cambodia.
Herald photo by Benny Mailman 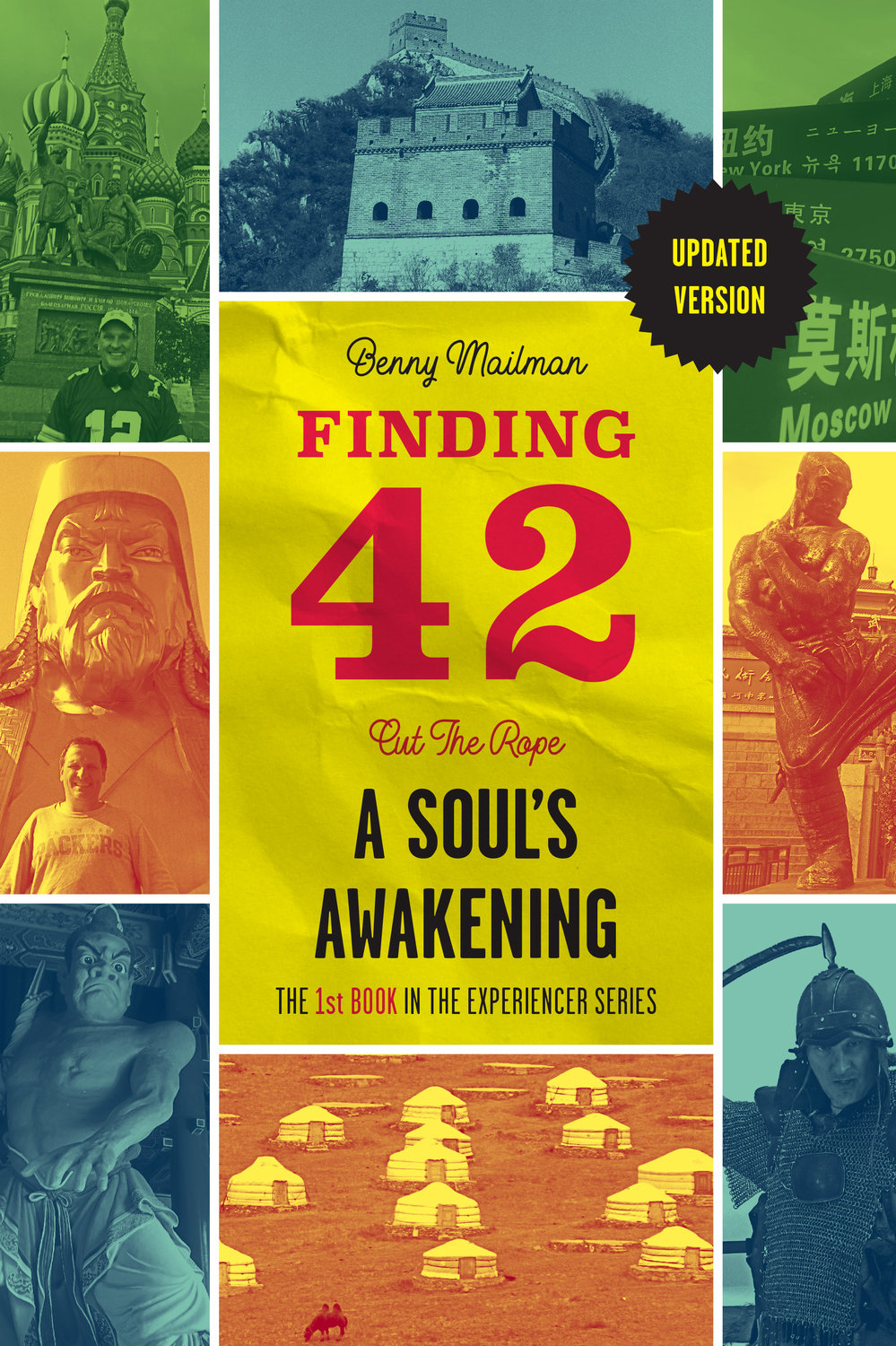 My first published book about my big journey through nine countries in nine months. It took me eight years to write, edit and publish it.
Herald Photo by Benny Mailman 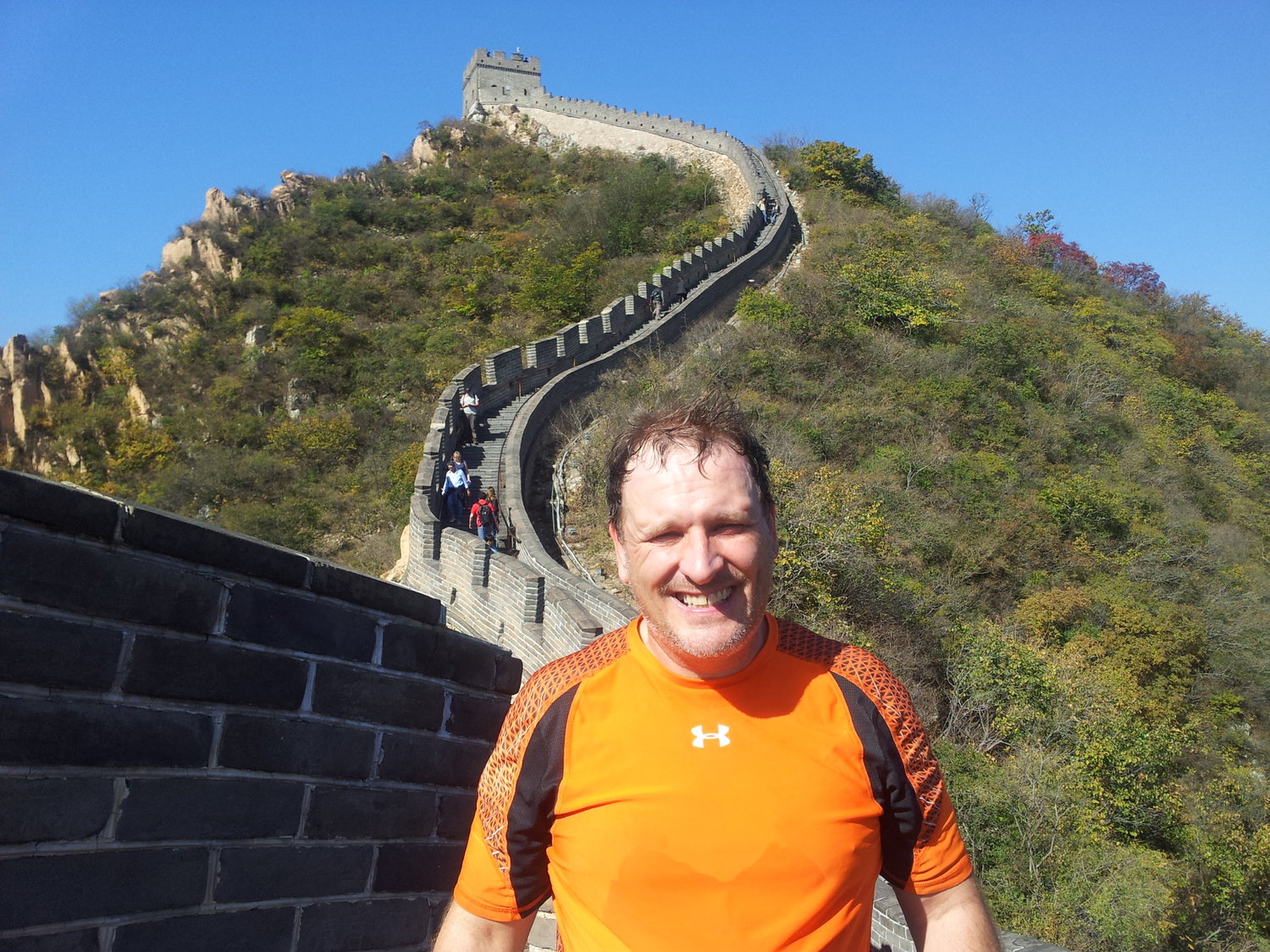 Benny at the Great Wall of China in 2012.
Herald Photo by Benny Mailman, Senior Reporter
Previous Next
Posted Thursday, July 28, 2022 12:00 am
By BENNY MAILMAN, Senior Reporter

Greetings Monroe County, I am your new editor and senior reporter Benny Mailman. I am no stranger to Sparta or to Monroe County, although I have been abroad for quite a while. I would like to take this time to share with you my storied background as well as what you might expect from me within the esteemed and well respected pages of the Monroe County Herald.

I was born in Green Bay Wisconsin in 1970, so I am indeed a Packer fan. I grew up in Milwaukee until age 10, then my family moved up to Cataract, Wisconsin. Both of my parents had worked at the Milwaukee Journal before the move.

My first year of school in the area was at Cataract Elementary School. Grades 5 through 8 were spent testing the patience of the Saint Pat’s staff and my parents. It was one year at Junior High and then onto Sparta Senior High, where I would letter in Football and in Baseball. I was also one of three students voted by my fellow students to speak at our graduation in 1988.

4-H was a big part of my life, and my mother, Bernadine Arena,  had started the Cataract Ridge Runners chapter shortly after we had arrived in the area. The Monroe County Fair in Tomah was an absolute high-light for us kids. Showing our animals and displaying our crafts was an amazing time, and we loved getting ribbons, especially first place. We also spent a lot of time volunteering at the 4-H food stand.

After High School I went into the United States Marine Corps, where I would spend the majority of my four-year stint in a reconnaissance unit in Okinawa, Japan. My specialty was setting up communications, both as a field wireman and a radio operator. I travelled from Okinawa to Korea and the Philippines on the naval ship USS Dubuque, staying a couple of months in both places. We also stopped in Hong Kong for a few days.

After my honorable discharge in May of 1992 I used my GI Bill to attend college at the University of Wisconsin La Crosse. I majored in telecommunications, with an emphasis in television and radio and a minor in public relations. I went out for football at UW-L but soon realized that the Marines had left my body unable to athletically perform at that level. I made lifelong friends though and my buddy Mike Maslowski even made it to the pros, playing for the Kansas City Chiefs.

During my time at UW-L, I served in the National Guards with the 107th Maintenance Company out of Sparta. Upon graduating in 1998, I moved to Las Vegas and started my pursuit of stand-up comedy. I studied with Second City Improv and two of my instructors/friends have done pretty well: Jason Sudeikis  (Ted Lasso,SNL) and Kay Cannon, who wrote the script for the movie Pitch Perfect. I spent time in New York City and Los Angeles as well, before moving to Denver, Colorado.

While in Denver I decided to make a bold move to travel in faraway lands.

In October of 2012 I flew into Moscow, Russia. I then took the Trans Siberian railroad for 5 straight days across the Russian expanse and into Mongolia. Over the course of the next nine months I would travel through China, Vietnam, Cambodia, Laos, Thailand, Malaysia, and Nepal.

I wrote a three-book series on the adventure, with two of the books being published and available on Amazon. The title of the series is: Finding 42: The Experiencer Series. I am hoping to release book 3 later this year. I also have a website at bennymailman42.com full of videos, photos, interviews and even podcasts I have done.

For the past six years I have been living in Siem Reap, Cambodia with my wife Vicheka Oum. I taught English at a local University there, PUC, or Pannasastra University of Cambodia. That was an amazing experience that I hope to return to one day. Cambodia is an amazing place and I do miss my nephews Samnang and Michael.

My wife and I arrived to the United States less than three months ago, and things have fallen into place in such a manner that I am now typing this message to you all from my desk at Evans Printing. I am grateful and honored to be a part of the Monroe County Herald team, and a part of your lives as well. It feels fantastic to be back in the energy of Monroe County and all the folks in the area.

I have a zest for life and optimism is in my nature. Both will show up in my writing. I am curious by nature and feel every story deserves its moment in the sun. I will be out and about at the Monroe County Fair and I look forward to meeting all of you at some point. Have a most wonderful everything.