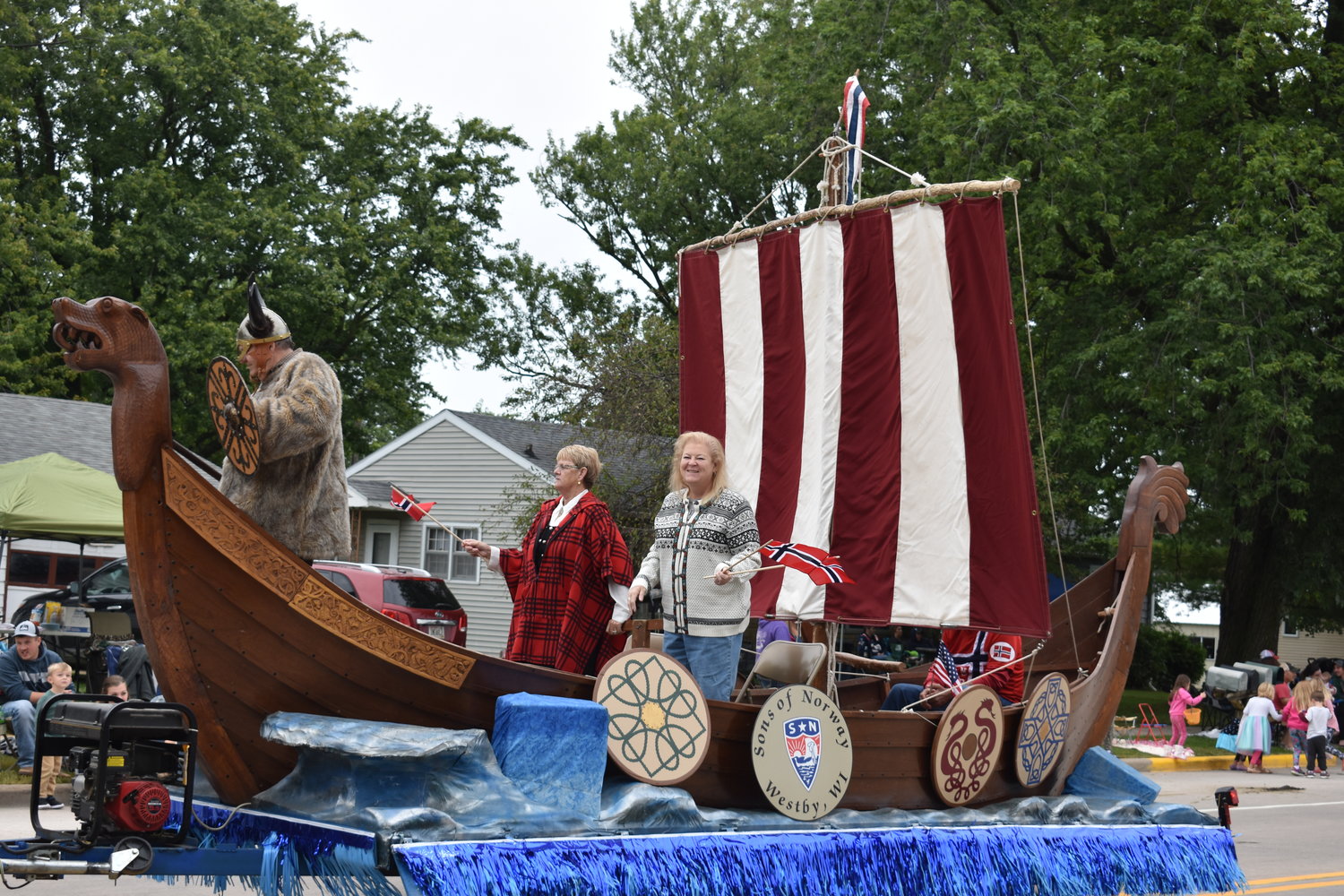 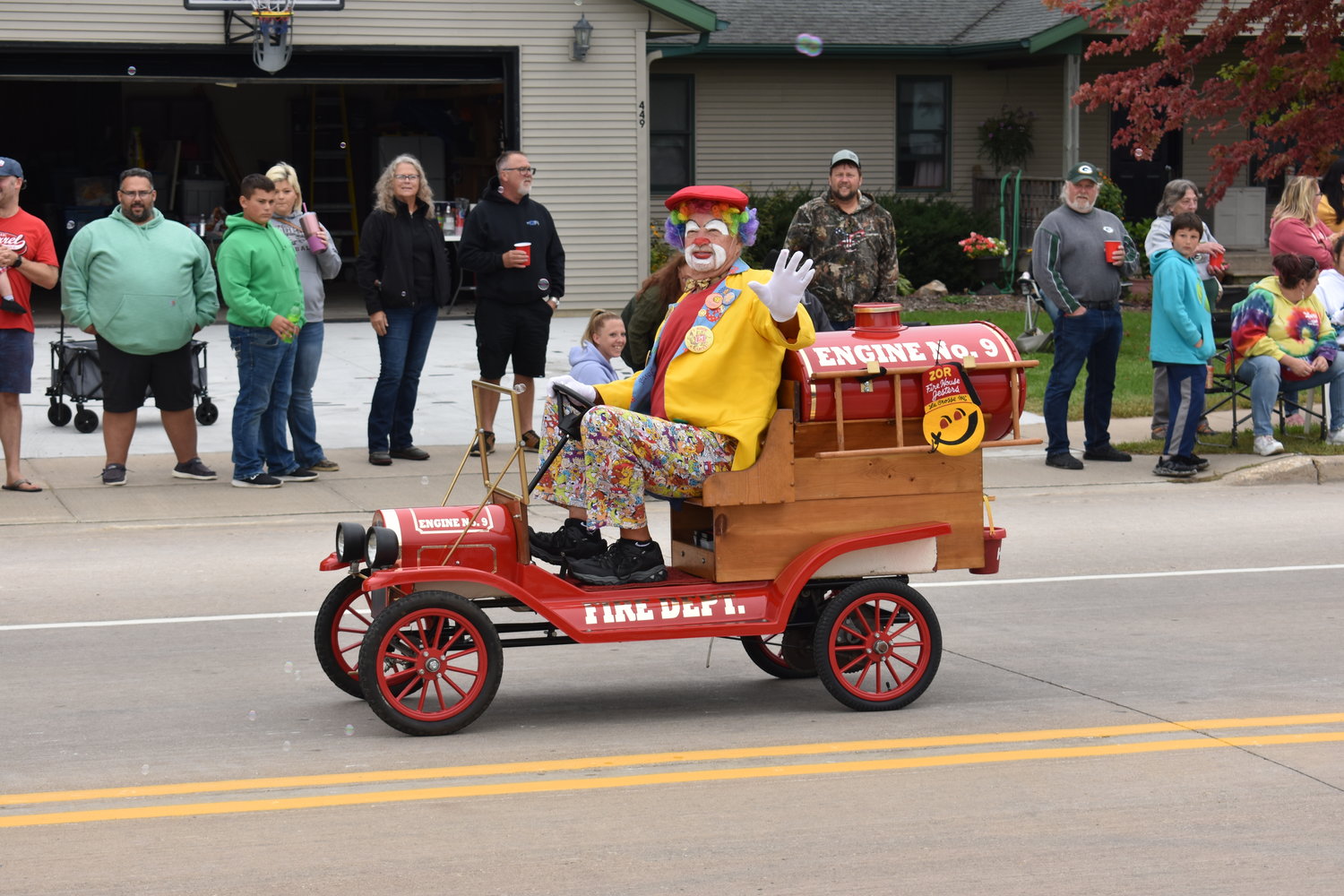 Just a clown and his car, bringing happiness and laughter to Cashton’s Fall Fest.
Benny Mailman 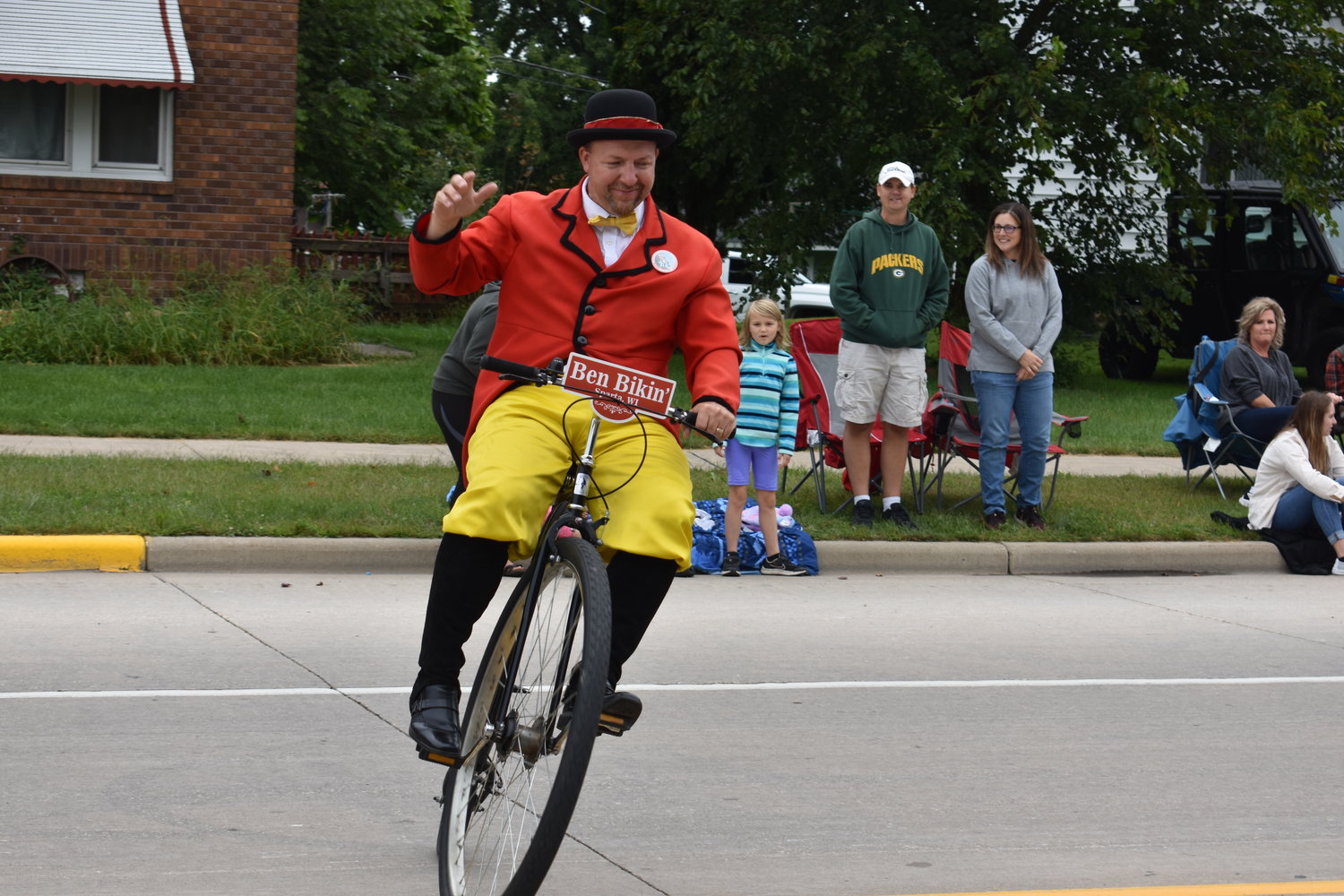 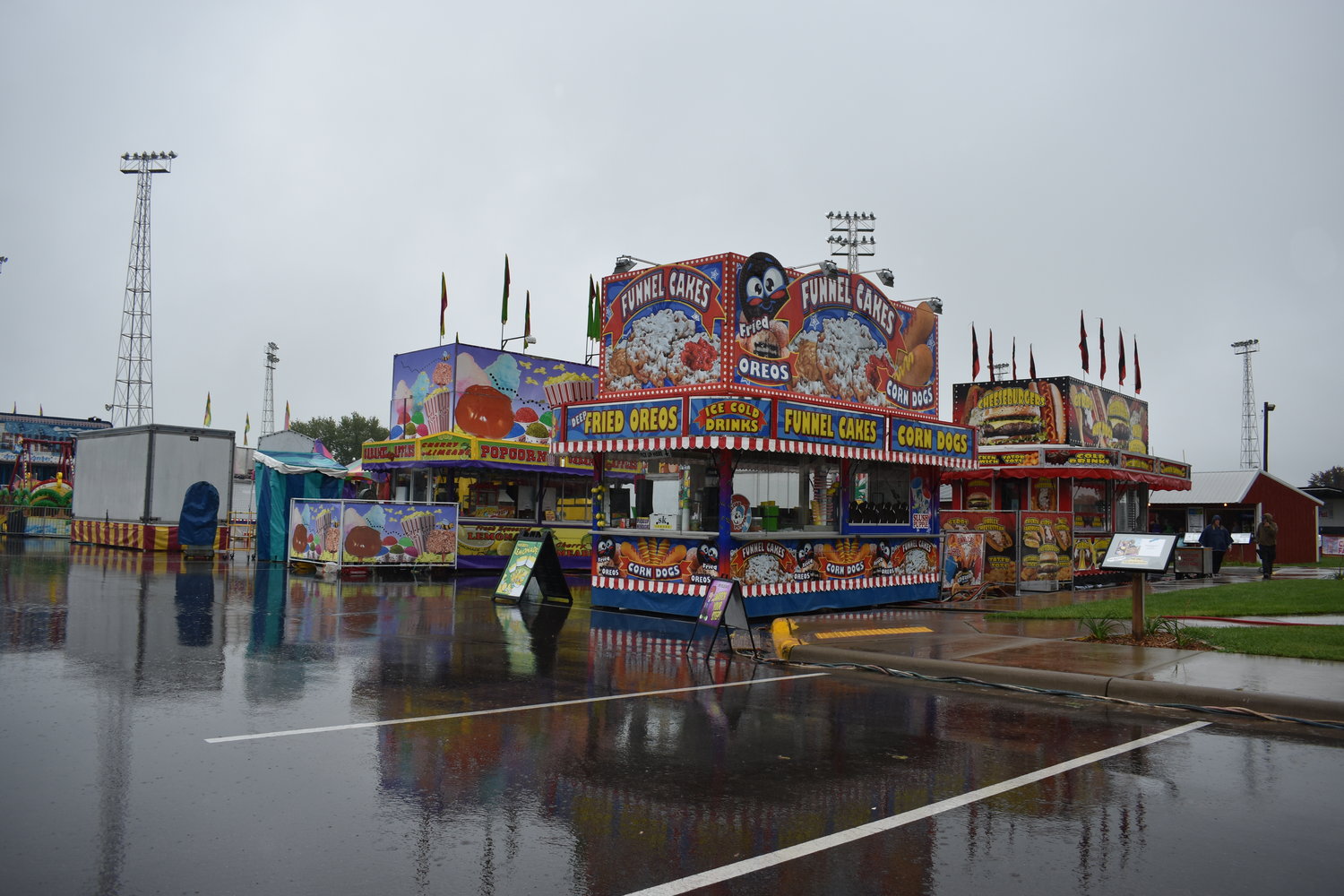 Cashton Fall Fest, on Saturday, was a ghost town. A very unfortunate turn in the weather had fest goers staying home.
Benny Mailman 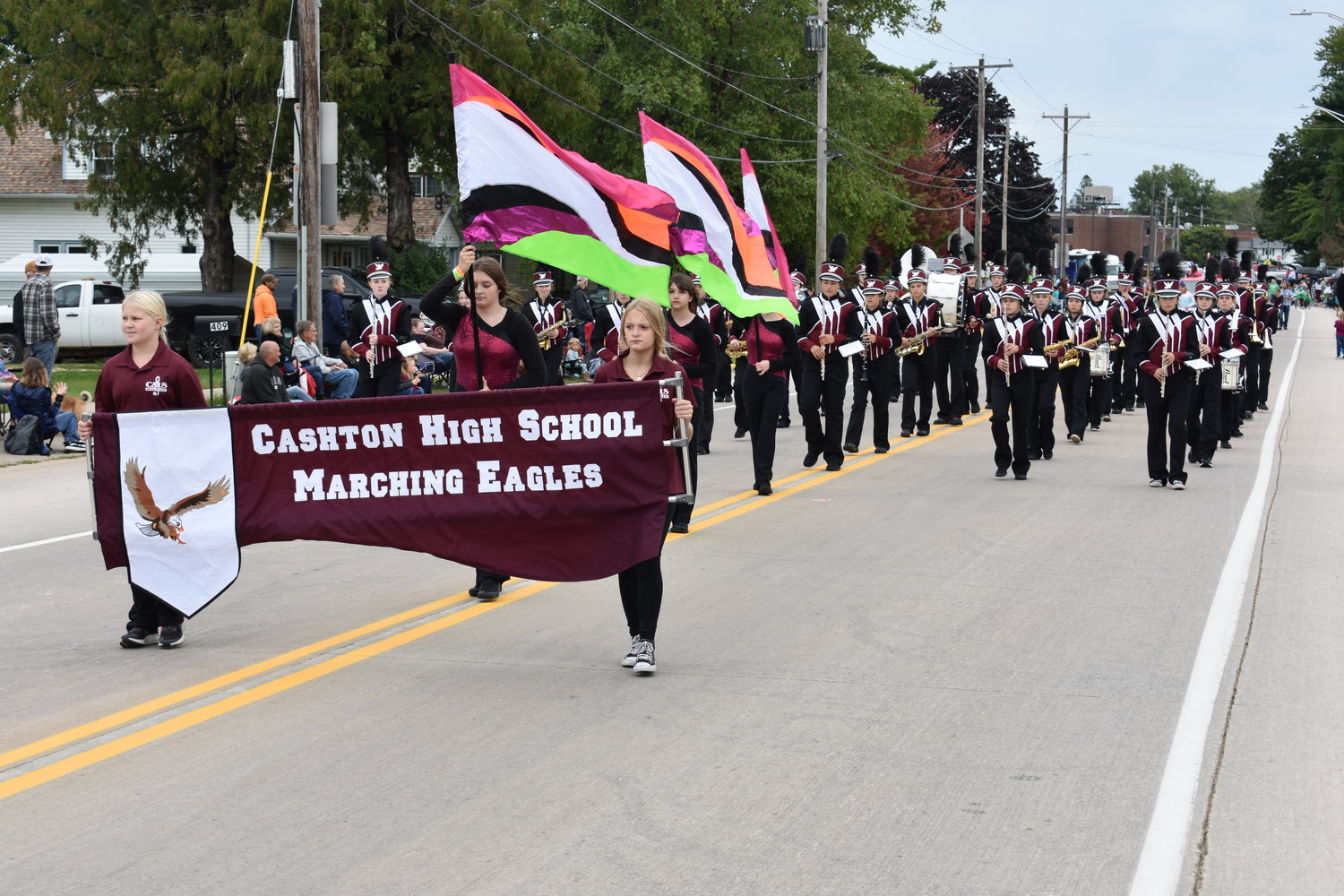 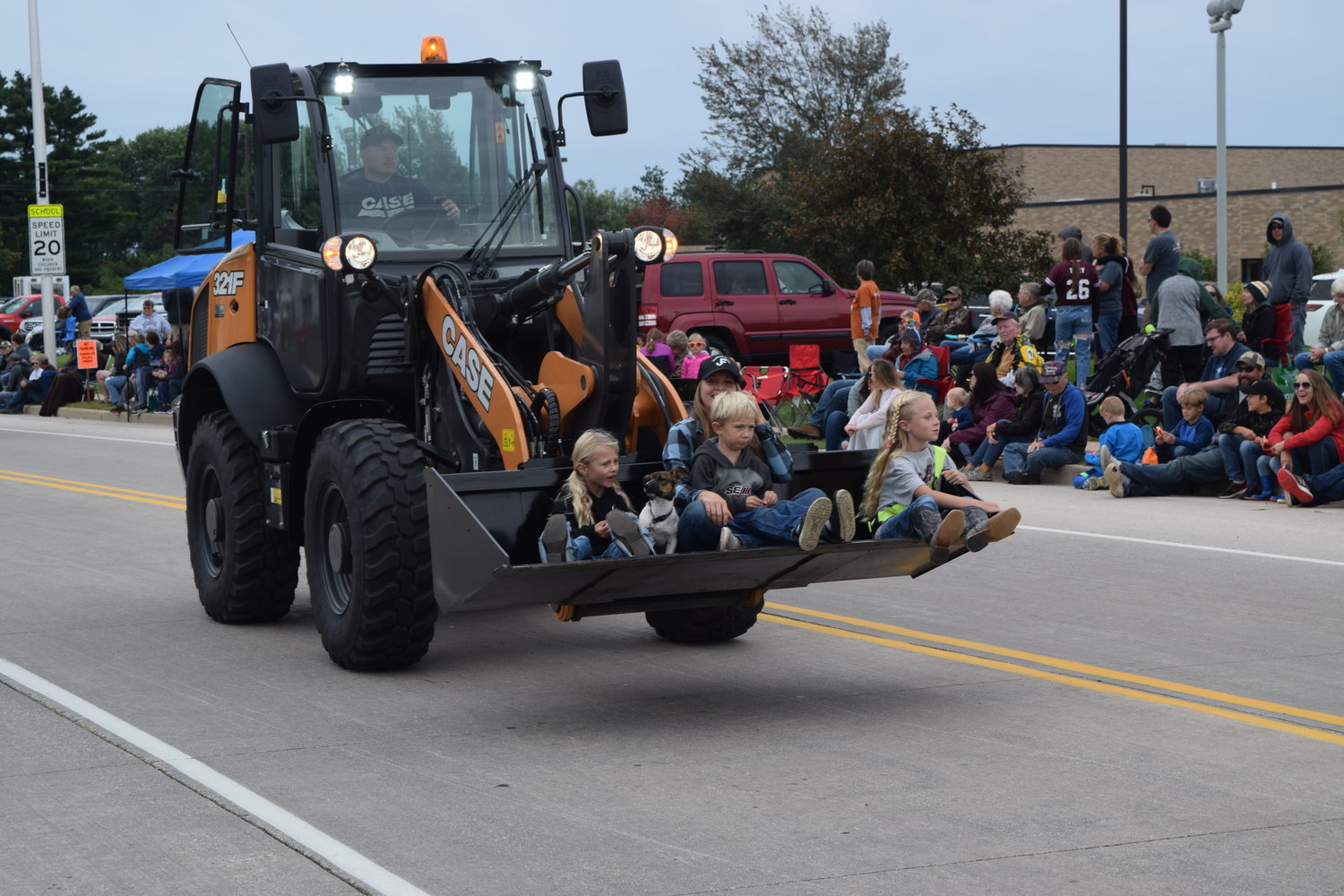 Talk about getting a lift through the parade. Even the puppy is enjoying a break from walking.
John Gessner
Previous Next
Posted Friday, September 16, 2022 12:00 am
Benny Mailman

On Saturday, September 10th, Cashton Fall Fest got served a dish of gloomy and rainy, with a side of chilly. There was not a single ride in operational mode and not one game on the midway that even had a hint of opening. Rain was the only steady customer, as foot traffic was put on hold, waiting for a day with a sunnier disposition.

Under one of the shelters, a group of workers nibbled on pork sandwiches and exchanged stories, while awaiting the official word for a washout cancellation in full. The entire place seemed like a “Twas’ the Night Before Christmas,” scene, where the only stirring being done, was to integrate cream into a hot coffee, at Bobby John’s, on Front Street.

Although the following day was still chilly and gloomy, the rain was held at bay by the collective hopes, prayers and wishes of parade goers and participants alike. Many high school bands, from around the area, filled the early afternoon air with musical sounds, being trumpeted, drummed, horned and fluted with gleeful abandon. Color guards twirled crisp flags that “snapped” as they cut through the still air, adding to the mesmerizing moment.

There were many firetrucks scattered throughout the parade, adding to the illusion that the parade was ending, but it was only a repeating hoax; much to the delight of the youngsters, who were in search of adventure memories and candy.

More and more floats showed up, throwing candy to the eager youth and waving to all in attendance. Jenny Lydon was seen, waving to everyone, from atop the Sparta Butterfest float, along with the other members of the court. A Norse ship float floated through the sea of parade goers, fitting in perfectly against the grey puffy-clouds backdrop. The Shriners had a couple of brightly dressed clowns, who were zooming around in low-to-the-ground vehicles. The Jolly Joiners 4-H club had members and leaders surrounding the symbol for the organization, a giant four-leaf clover, with the phrase, “Leaving Our Footprints On Cashton.”

While Saturday had all it could do to produce pedestrians period, Sunday offered enough of a break between showers, to allow the parade to proceed. Kids were in the streets, accessing the front row privileges that are automatically granted to the youth. The second line of sight was given to the standing parents of the front-row kids, other adult standers and lawn chair relaxers (some with coolers). The last line, painting the border of the scene, were backed up trucks, with the tailgates down, providing instant bench seating.

After the parade had run its course, some folks filed into the fest and enjoyed some rides, games, food and even music. While the climate was a bit gruff to start off the weekend, it lessened enough for the parade to march on.