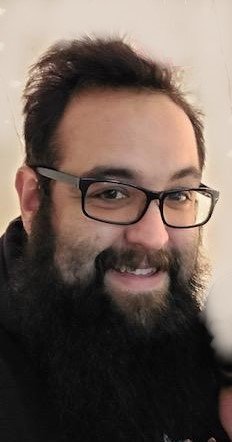 Steven was united in marriage to Britney on October 18, 2014.  Their four children were light of his life.  Steven and Britney proudly owned and operated Tatu Window Cleaning service.  He was a loyal businessman and friend to many.  Steven was the glue that held his family together, he loved them more than anything in the world.

He is survived by his wife, Britney and their children, Athena (10), Jude (6), Israel (5) and Grace (2), his mother and stepfather, Sharon (Alan) Tatu-Pisarek, his father, Robert Santangelo, his grandmother, Judy Tatu. He is further survived by many other relatives and his best friends, Paul, Charlie and Jacob.

He was preceded in death by his grandfather, Dennis Tatu and his sister, Rachel.

Funeral services will be held Monday, January 24, 2022, 1:00 p.m. at the Torkelson Funeral Home in Tomah.  Pastor Robert Meyer will officiate.

Family and friends are invited for visitation Monday from 11:00 a.m. until the time of service at the funeral home. In lieu of flowers, memorials may be given in Steven’s memory. Online condolences are available at www.torkelsonfuneralhome.com.