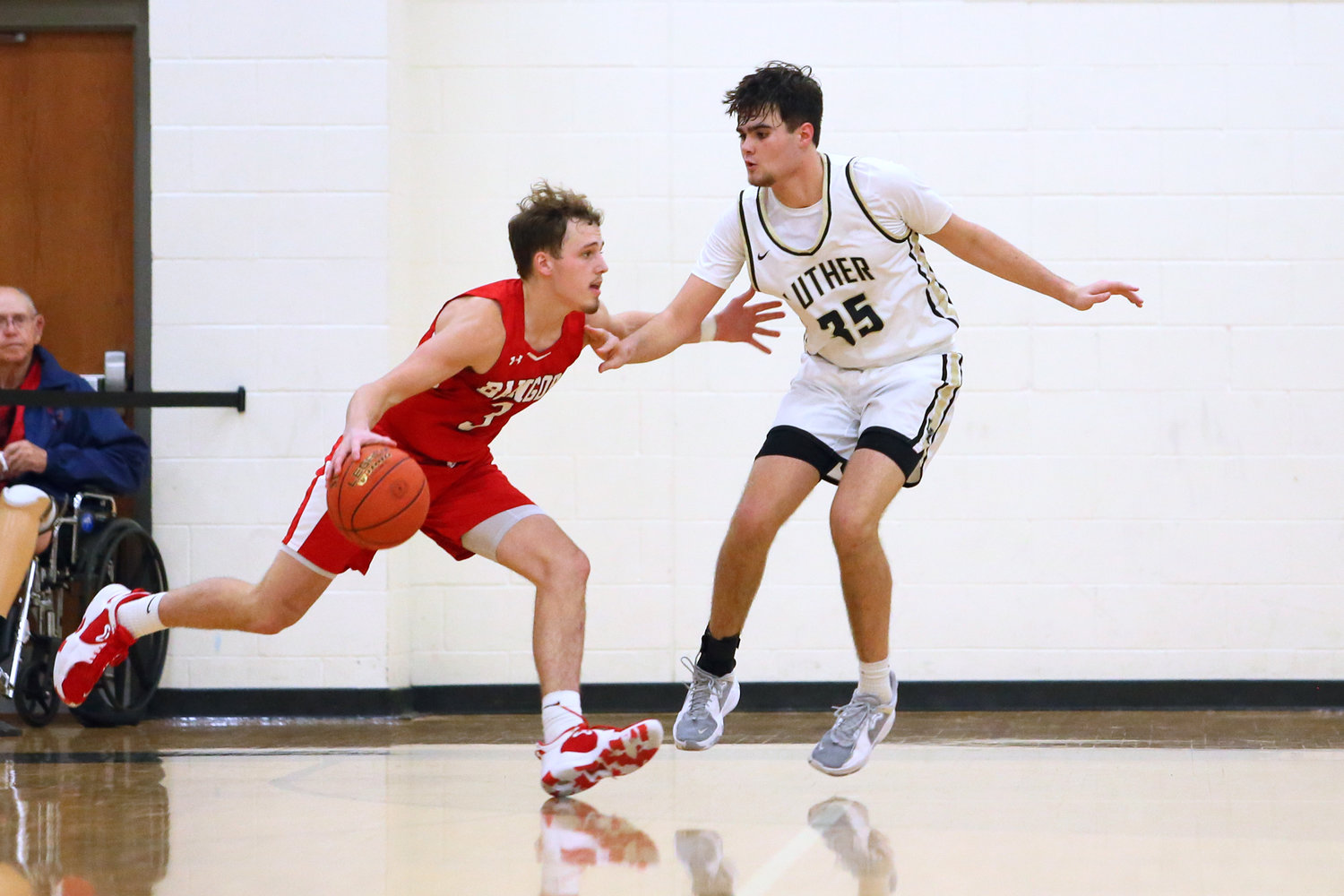 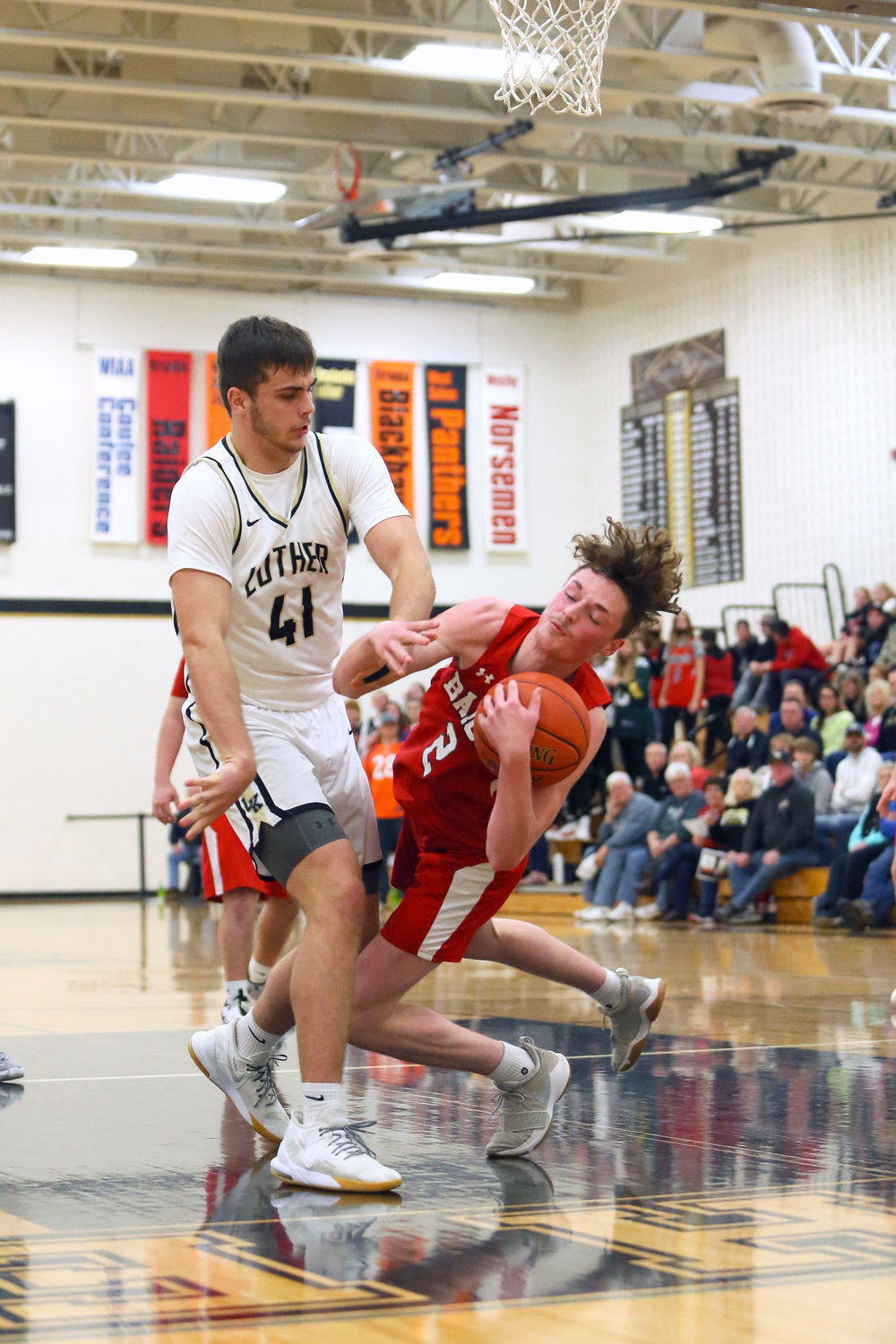 Bangor’s Gunner Ellenburg tumbles to the ground after vying for possession of a ball with Luther’s Gavin Proudfoot.
Photo by Dan Balfanz
Previous Next
Posted Monday, December 6, 2021 6:30 pm
By ZACH RASTALL, Sports Writer

Leading by four at the half against Onalaska Luther, Bangor was in prime position to tally a marquee victory early in this 2021-22 campaign.

However, a stagnant second half sunk the Cardinals and stuck them with their first loss of the season.

After trailing 32-28 at halftime, the Knights (2-0) outscored Bangor (1-1) 32-15 over the final 18 minutes to secure a 60-47 non-conference victory in a battle of two of the region’s top boys’ basketball programs Thursday, December 2 at Luther High School in Onalaska.

Four Luther players finished in double figures scoring: Kodi Miller with 14 points, Isaiah Schwichtenberg with 13 points, Gavin Proudfoot with 12 points (and 13 rebounds for a double-double) and Logan Bahr with 10 points.

Bangor will be back in action for its Scenic Bluffs opener when it takes on the Necedah Cardinals (1-1) Friday, December 10 at 7 p.m. in Necedah.

A dominating second half allowed Viroqua (3-0) to pull away for a 71-26 non-conference win over Brookwood (1-2) in an all-bird battle Thursday, December 2 in Ontario.

Viroqua only led 27-19 at the half, but would proceed to outscore Brookwood 44-7 over the game’s final 18 minutes to turn things into a rout.

The Falcons are scheduled to return to play with their conference opener against Wonewoc-Center Friday, December 10 at 7 p.m. in Ontario.

The Cashton Eagles (1-1) suffered their first loss of the young season over the weekend, falling 79-59 in non-conference play to the Lodi Blue Devils (2-1) Saturday, December 4 in Cashton.

Though the Eagles outscored Lodi 37-34 in the second half, it was not nearly enough to overcome the 45-22 deficit they faced at halftime.

The Eagles kick off Scenic Bluffs play on the road against Royall (2-1) Friday, December 10 at 7 p.m. in Elroy.