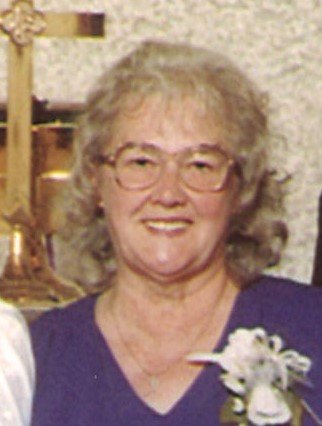 SPARTA - Shirley J. Hegland, 89, of Sparta, passed away on Sunday, September 18, 2022 at Morrow Memorial Home in Sparta. She was born on July 3, 1933 to William and Jessie (Moses) Thurston, in Sparta. She grew up in the Sparta area.

Shirley was married to Lyle Meyers in 1950 and moved to Cashton. During her years in Cashton, she was blessed with seven children, learned to live life on a tobacco farm, and worked Friday night fish fries as a waitress at Beavers Supper Club in Melvina.  Lyle and Shirley later divorced.  She was remarried on New Year’s Eve of 1969 to David Hegland and together were blessed with Shirley’s eighth child. Shirley and her family moved back to Sparta in 1979. Sadly, David passed away on July 1st, 1989.

Everyone who ever had a chance to talk to Shirley knows exactly how proud she was of each and every one of her children.  After losing her own mother at the young age of eight, Shirley was determined to surround herself with family and devote her life to raising her 8 children. In each one of them you can see Shirley’s wit, determination, faithfulness, and love.

Shirley loved to cook for her family, go with friends to listen and dance to country music, and she never missed a good garage sale! She loved to collect things, especially costume jewelry, and in her older years found great joy in cleaning and organizing her treasures. Shirley was a dedicated Christian and during her homebound years found joy and comfort through the music and preaching of televangelist Jimmy Swaggart.

A private service for immediate family will be held at the funeral home on Thursday with Pastor Jim Radatz officiating. Burial will be in Mt. Hope Cemetery, with the following serving as honorary pallbearers: Thad Meyers, Jason Meyers, Chad Meyers, Ryan Jasperson, and Colby Martin.

The family would like to extend their appreciation to the Morrow Home in Sparta for their support during her two-month stay.