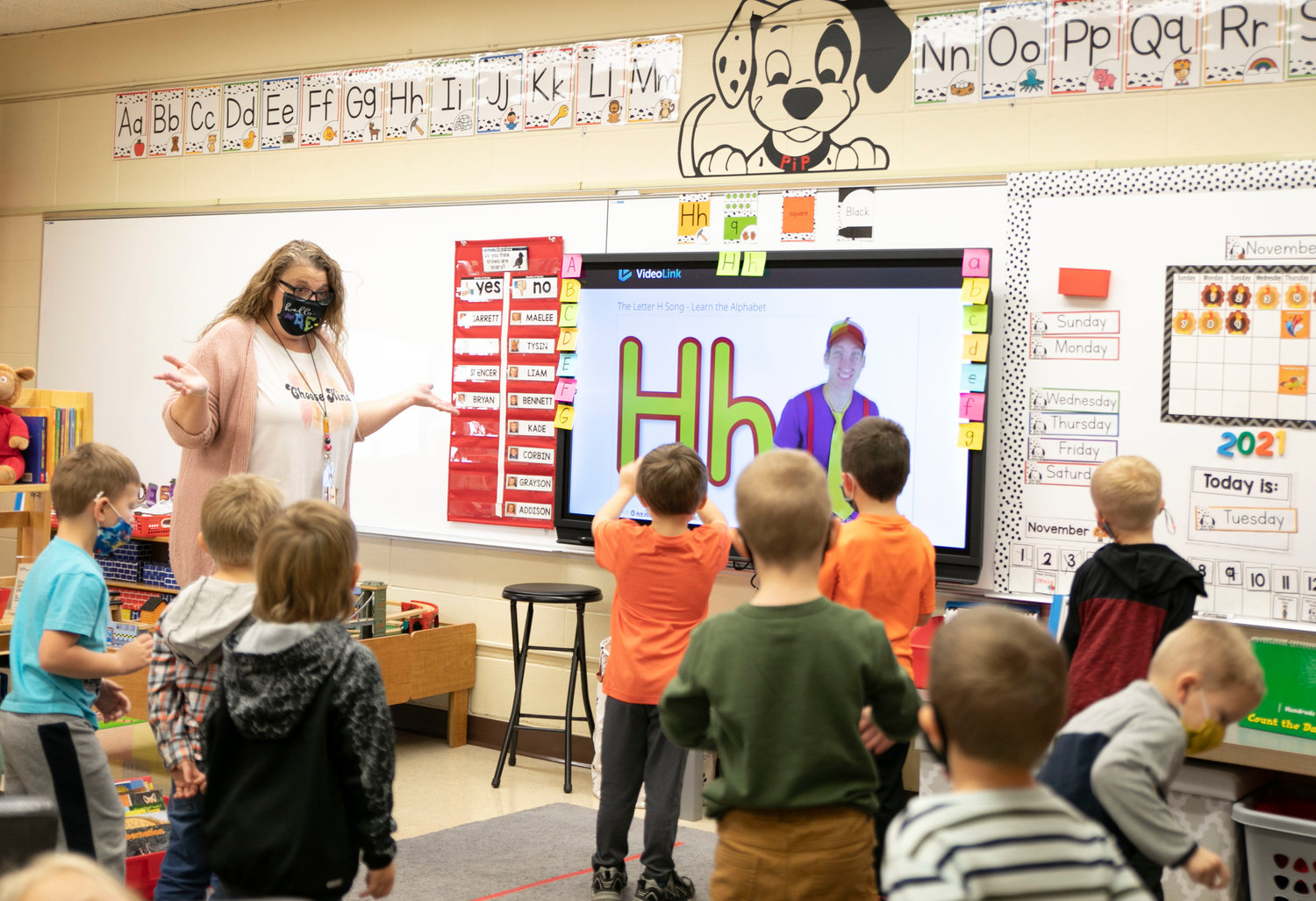 National Education Week, Nov. 15-19, is an opportunity to celebrate public education and to honor individuals who are ensuring that every child receives a quality education.
Contributed photo.
Posted Thursday, November 11, 2021 11:07 am
By NICOLE VIK, Staff Writer

This year marks the 100th anniversary of the first American Education Week celebration. Sparta Area School District (SASD) will celebrate public education Nov. 15-19 to honor the individuals within the district working hard to ensure that every student receives a quality education.

American Education Week began as a result of the United States Department of Defense realizing that over 25% of the WWI draftees were illiterate and physically unfit to serve. Representatives of the National Education Association (NEA) and the American Legion met in 1919 to seek ways to generate public support for education.

In December 1921, they created a celebration as a means to bring awareness of the matter to the forefront of the American consciousness and hopefully change the statistics.

Both organizations adopted resolutions of support for a national effort to raise public awareness of the importance of education.

In its resolution, the NEA called for an educational week, observed in all communities annually for the purpose of informing the public of the accomplishments and needs of the public schools and to secure the support from the public in meeting those needs.

A year later, the then U.S. Office of Education (U.S. Department of Education) joined the effort as a cosponsor, and the National Parent Teacher Association followed in 1938.

American Education Week has since morphed into what it is today, a means to celebrate the connection between all the players in the educational system including students, families, teachers, support staff and administrators.

“It really started as a way to teach people to read,” said Sparta Education Association President Julie Ender. “Now it has morphed into celebrating all things education.”

American Education Week is always celebrated the week prior to the week of Thanksgiving. Every day of the week is designated as a certain recognition day for certain groups of people or departments who are directly involved with the educational process within the SASD.

“We haven’t really had a big acknowledgement of it for a couple of years,” Ender said. “With all of the stuff that’s been going on in education, we wanted to put a more positive spin on it.”

Monday will recognize the nutrition services department, the building and grounds crew, maintenance staff and bus drivers. On Tuesday, educational assistants, secretaries, health aides and substitutes will be recognized.

Administration, the central office staff, and the technology department will be recognized on Wednesday and on Thursday, district teachers.

On Friday, district students and WIN after-school staff will be celebrated. The Sparta Education Association will provide treats to each of the buildings.

Students from Jamie Adams’ Advanced Marketing class have arranged daily announcements and radio spots on WCOW throughout the week.

Teachers will also conduct activities in their classrooms to celebrate throughout the week such as writing thank you notes to staff, making posters and creating videos in appreciation of various departments.

“Teachers are the face of education, but there are so many people that are involved, including the students and the families,” Ender said. “If we don’t all work together, education doesn’t happen. It’s not just about honoring teachers and principals anymore; it’s got to be the whole effort.”