Simplified Tax of Sparta has moved to Industrial Drive 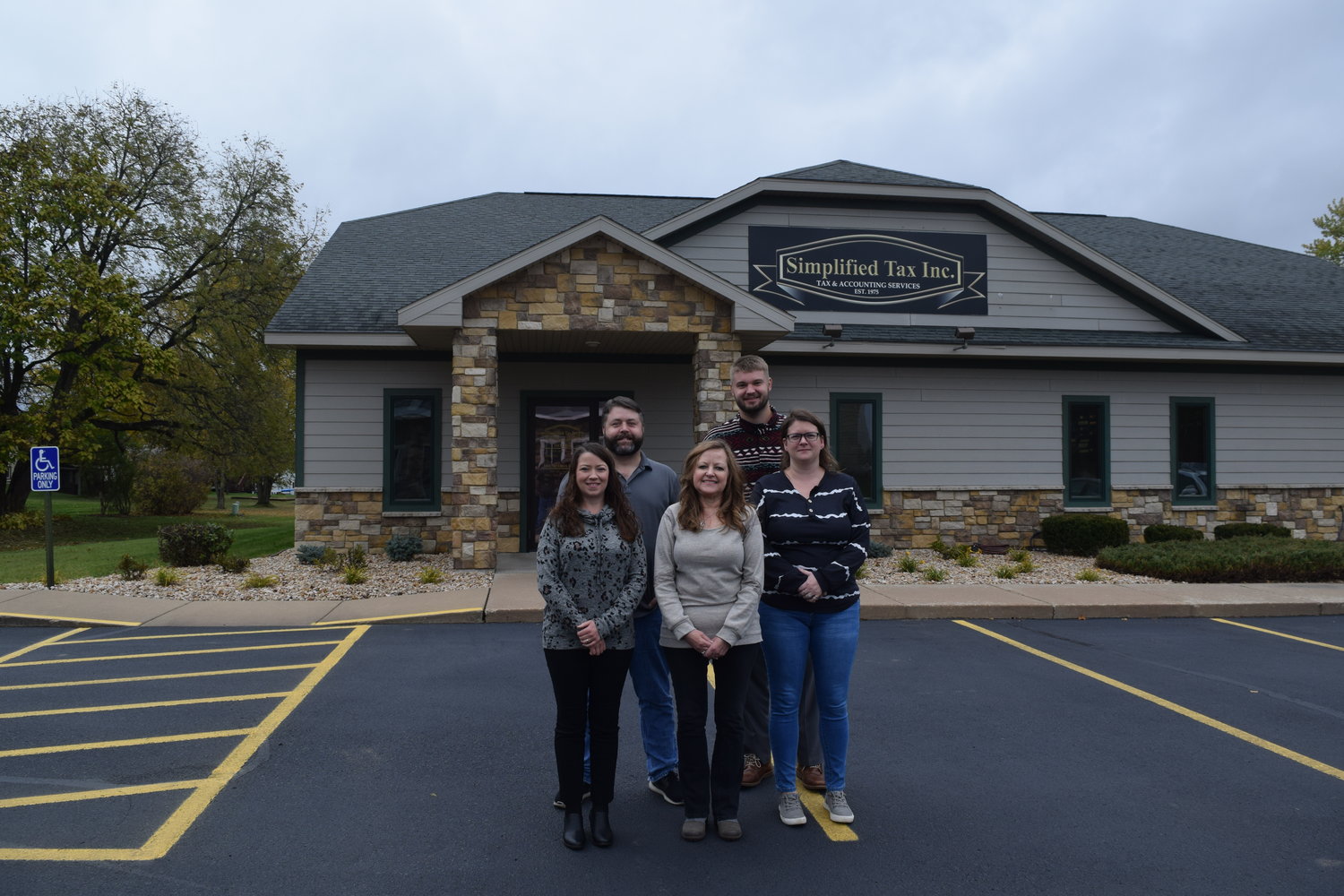 Some of he Simplified Tax staff pose outside their new spacious office building at 525 Industrial Drive near the entrance of All American Do It Center. Front row, from left: Brenda Revels. Carolyn Lieder and Katy Dodson. Back row: Mick Greenwell and Evan Runkel. Missing from the picture are Brian Miller, Jerald Nelson and Destiny White.
Herald photos by Pat Mulvaney 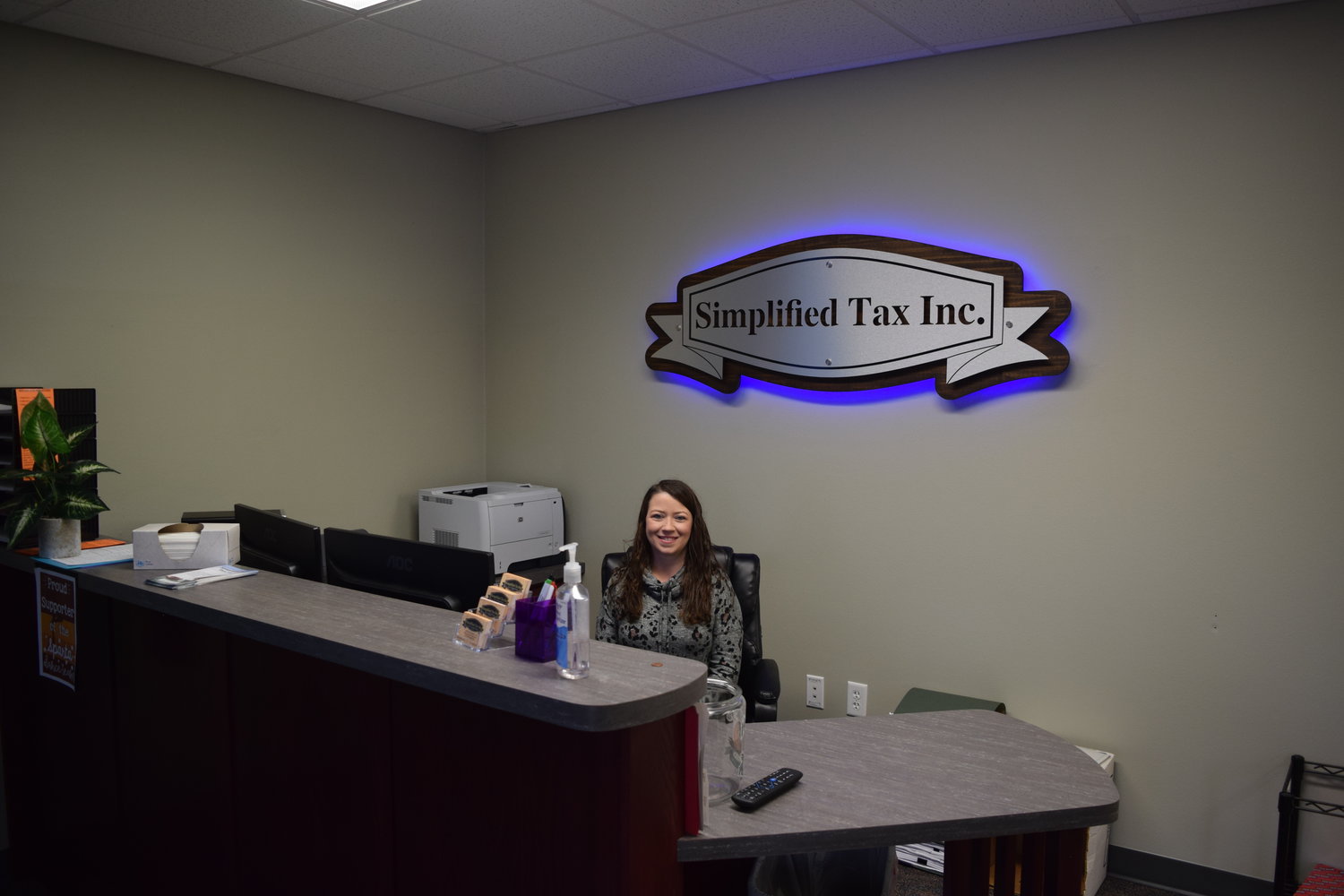 Pictured is Revels at the front desk in the spacious lobby
Herald photos by Pat Mulvaney
Previous Next
Posted Thursday, November 4, 2021 11:01 am
By PAT MULVANEY, Herald Editor

Simplified Tax of Sparta has been in business since the middle 1970s and while the friendly, competent service hasn’t changed, the location has.

In June, the tax preparation business moved from its former location on West Franklin Street in downtown Sparta to the former Clifton Larson Allen building at 525 Industrial Drive.

Nick Greenwell, who along with Brian Miller, are partners in the business, said the move gained them much needed space for the growing staff. The new building is twice the size of its downtown location. The other upgrade is there is plenty of parking at the new building.

The late Willard Schowalter started the business in the mid-70s and his daughter, Louise Sonday, later took over. Miller bought out Sonday in 2005, and Greenwell became a partner in 2015 after buying out Nelson’s interest in the company.

The biggest part of the business is tax preparation but the Simplified Tax also offers other services, including accounting, bookkeeping and payroll services for small businesses, along with estate and trust assistance.

A few of the staff are enrolled agents, an IRS tax designation allowing them to offer more advanced services, such as acting as power of attorney on a client’s behalf so they can deal directly with the IRS to expedite tax matters.