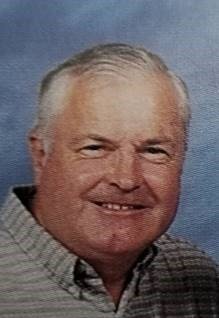 Ron was born in Albert Lea, MN. He married his high school sweetheart and had four children. He worked a long and successful career as a navigational engineer for submarines at Rockwell. His work brought him all over the world, from coast to coast and internationally, eventually settling down in Placentia, CA.

After enjoying years of the California sunshine, Ron wished to enjoy his retirement in the woods of his youth. For the past 29 years, Ron has been an avid fisherman of the local lakes in Conover. Fortunate for the fish, he would often throw them back after catching them. A true “grumpy old man”, Ron would frequently regale his family with tales of his antics in his winter ice shack on Lake Buckatabon. He proudly taught each of his nine grandchildren to fish from his dock and never fretted over the poles that they lost while casting.

Ron is survived by his wife Phyllis of 61 years, daughters Susan Jones, Cheryl Skoglund, and Sandra Porrett, son Robert Johnson, nine grandchildren, and five great-grandchildren. His memorial will be held at a later date at Pioneer Lake Lutheran Church in Conover, WI.