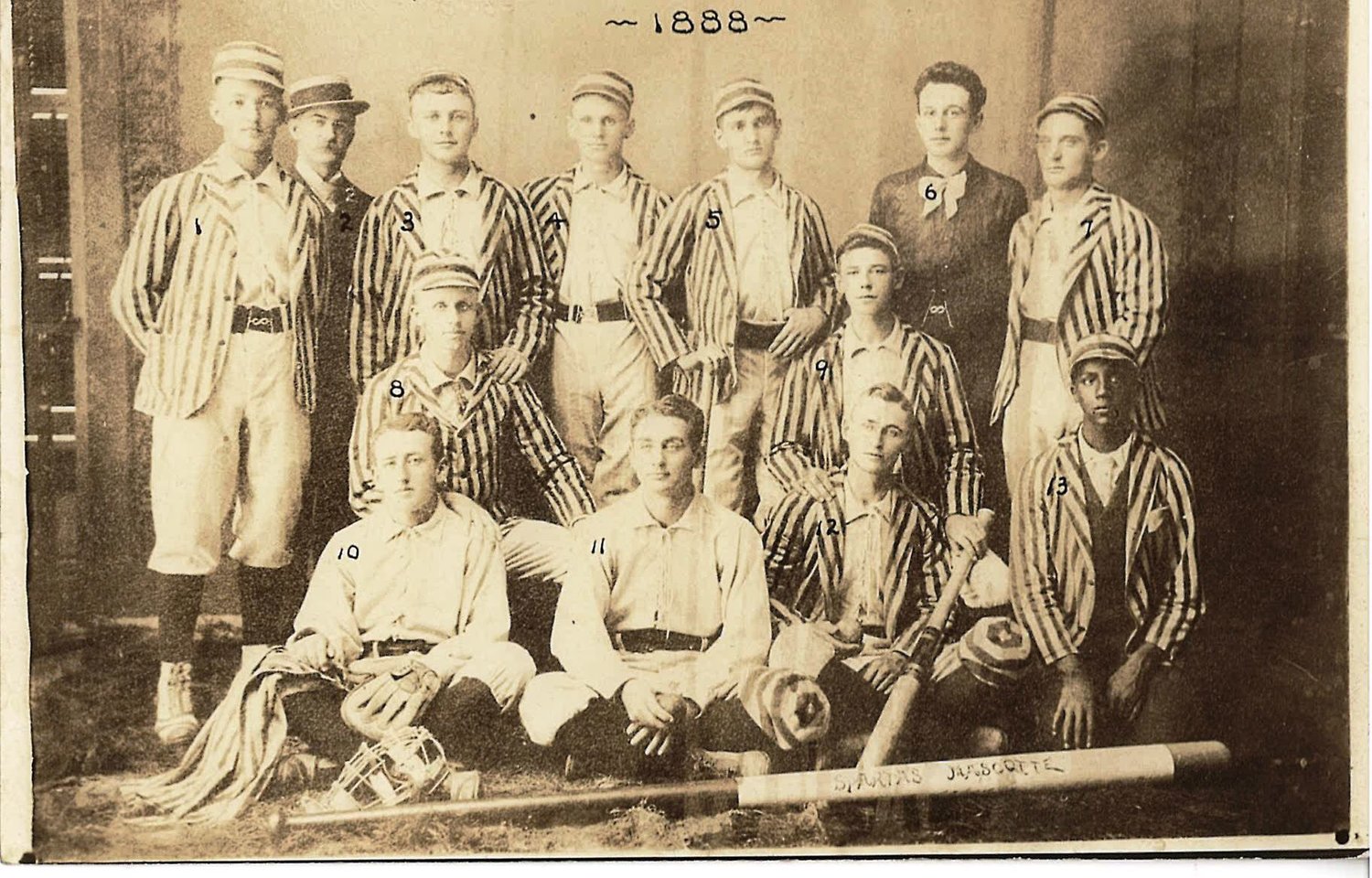 Sparta Base Ball Club, 1888. R.B. McCoy is seated, second from the left.
Contributed 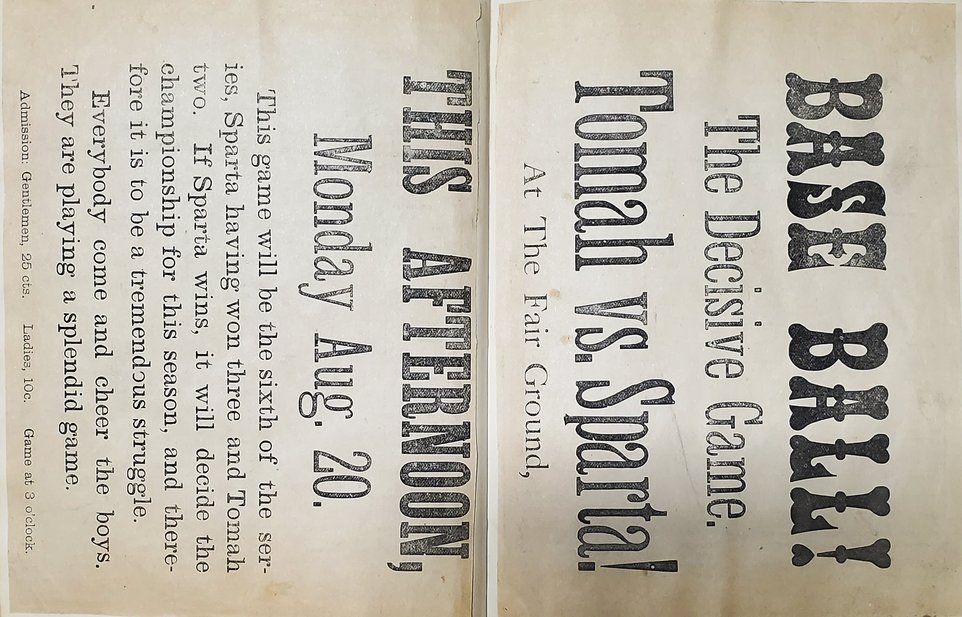 The mission of the Monroe County Local History Room & Museum (MCLHR) is to collect, preserve, and share the history of Monroe County, Wisconsin. I thought I would share an artifact recently contributed to the MCLHR collection because it is particularly interesting and appropriate for this time of year: a baseball league scrapbook from 1888.

Dennis and Sandy Janusheske of Sparta recently donated a scrapbook created by Robert Bruce McCoy in 1888. Yes, that “Robert Bruce McCoy” – the namesake of Fort McCoy. However, this scrapbook does not chronicle the WW I commander’s military experiences. Before he was serving his country in the Wisconsin Army National Guard, he was playing baseball for the City of Sparta club team.

R.B. McCoy graduated from Sparta High School in 1887 and attended the University of Wisconsin that fall. In his freshman year, R.B. made the varsity baseball team. During the summer of 1888, R.B McCoy came back to Sparta to play club baseball. His scrapbook documents that summer’s baseball season—a very successful one for him. In 1888, R.B. McCoy was the team captain of the City of Sparta baseball club and leading hitter, with a .423 batting average. In his scrapbook, (a repurposed school book), R.B. McCoy glued newspaper clippings and handbills, (small posters), documenting the games played between the Sparta team and those of area communities, including La Crosse, West Salem, and New Lisbon throughout the 1888 season. Perhaps the most heated rivalry between baseball clubs at that time was between Sparta and Tomah. The two clubs played each other seven times during the 1888 season. Sparta would win five, Tomah two. Sparta also went on to be regional champions that year. With such a successful year, no wonder R.B. McCoy would document it all with a scrapbook.

R.B. McCoy would return to the University of Wisconsin in the fall of 1888. In 1890, he left college and played semi-professional baseball in Ashland, Wisconsin, only to return a year later to the University of Wisconsin, where he would be captain of the varsity baseball team. McCoy graduated from UW Law School in 1891. He returned to Monroe County and served as Monroe County Court Judge, Mayor of Sparta, and even ran for Governor of Wisconsin (but lost). It was returning from serving in the Spanish American War of 1898 that McCoy came back to Monroe County with a vision to create an artillery training grounds, which ultimately would lead to the establishment of what we know today as “Fort McCoy.”

Robert Bruce McCoy is a name well-known in Monroe County for his outstanding military service and being the namesake of Fort McCoy. But the attention R.B. showed in creating his baseball scrapbook shows how much the sport meant to him in 1888, before he would go on to great military, political, and civic acclaim.

The Robert Bruce McCoy  scrapbook is part of the Monroe County Local History Room & Museum archives.  You can the search the archives online at www.MonroeCountyHistory.org or visit the History Room in person.  The History Room is located at 200 West Main St., Sparta, and is open Tuesday-Saturday from 9-4.  Admission is free.