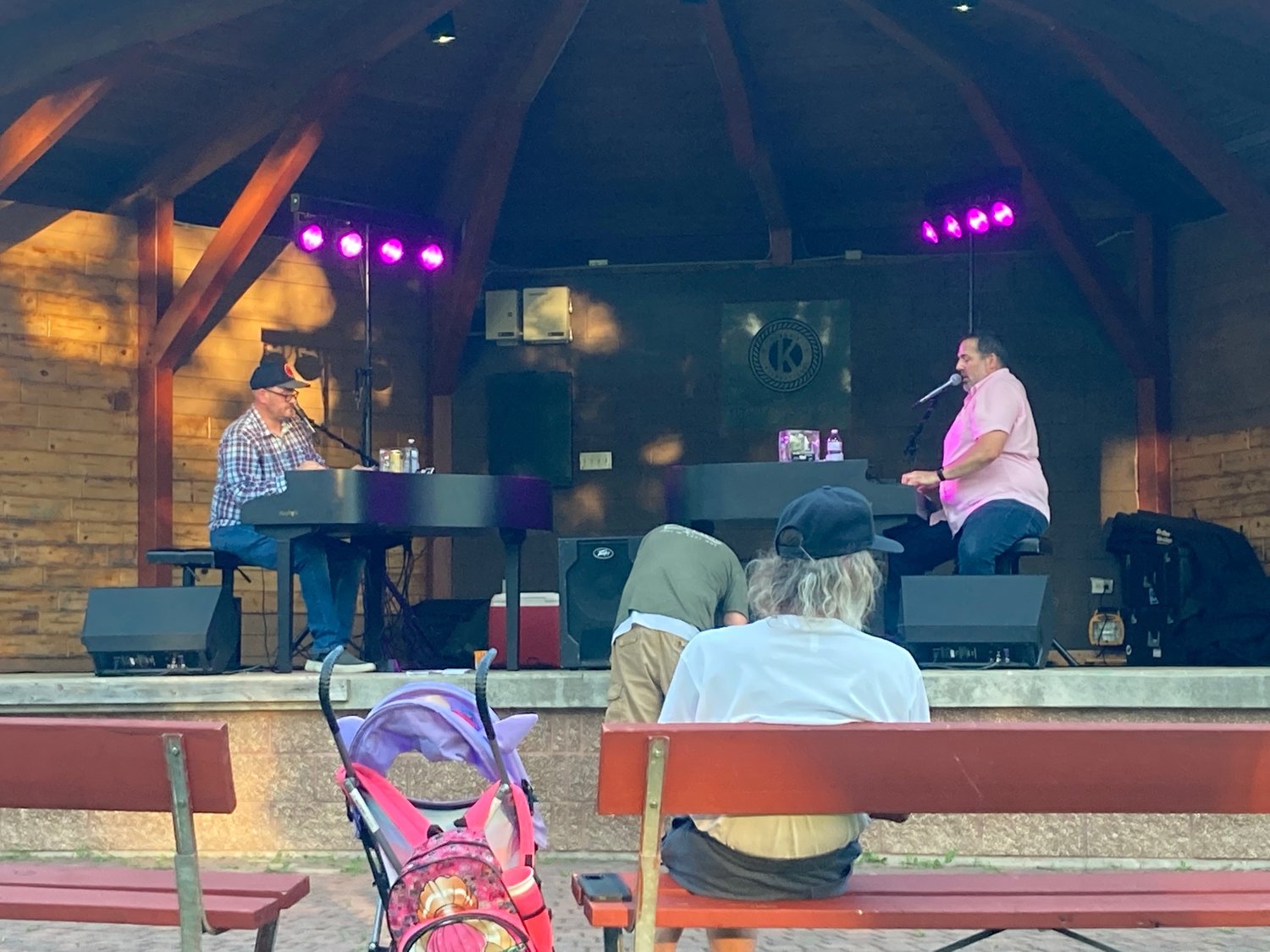 Known as Wisconsin's very own dueling piano entertainment, Peter Hernet and Vince Strong performed at Sparta’s Concerts in the Park series on August 3rd. This is their third time in Sparta, the second at the Concerts in the Park. The dueling pianos brought in a record over 900 spectators, and at least 10 dogs. Their show is request driven, taking requests all night from the crowd. Vince jokingly said that requests written on $20 bills get moved to the head of the line. The night was filled with favorite songs as the performers involved the crowd in clapping, singing along, and laughing for a memorable night of music.

If you want to hear more of the NEW Dueling Pianos, they will be returning to Sparta in January 2023 for the Quest Winter Fest at the American Legion.