Monroe County Landfill may temporarily shut down at end of November

Jerry Martell (second in from front), owner of Modern Disposal Systems, LLC, spoke of what could happen, as well as the probabilities of using outside counties to assist. Martell spoke to the point and will be a huge asset to the board as they move forward.
Benny Mailman 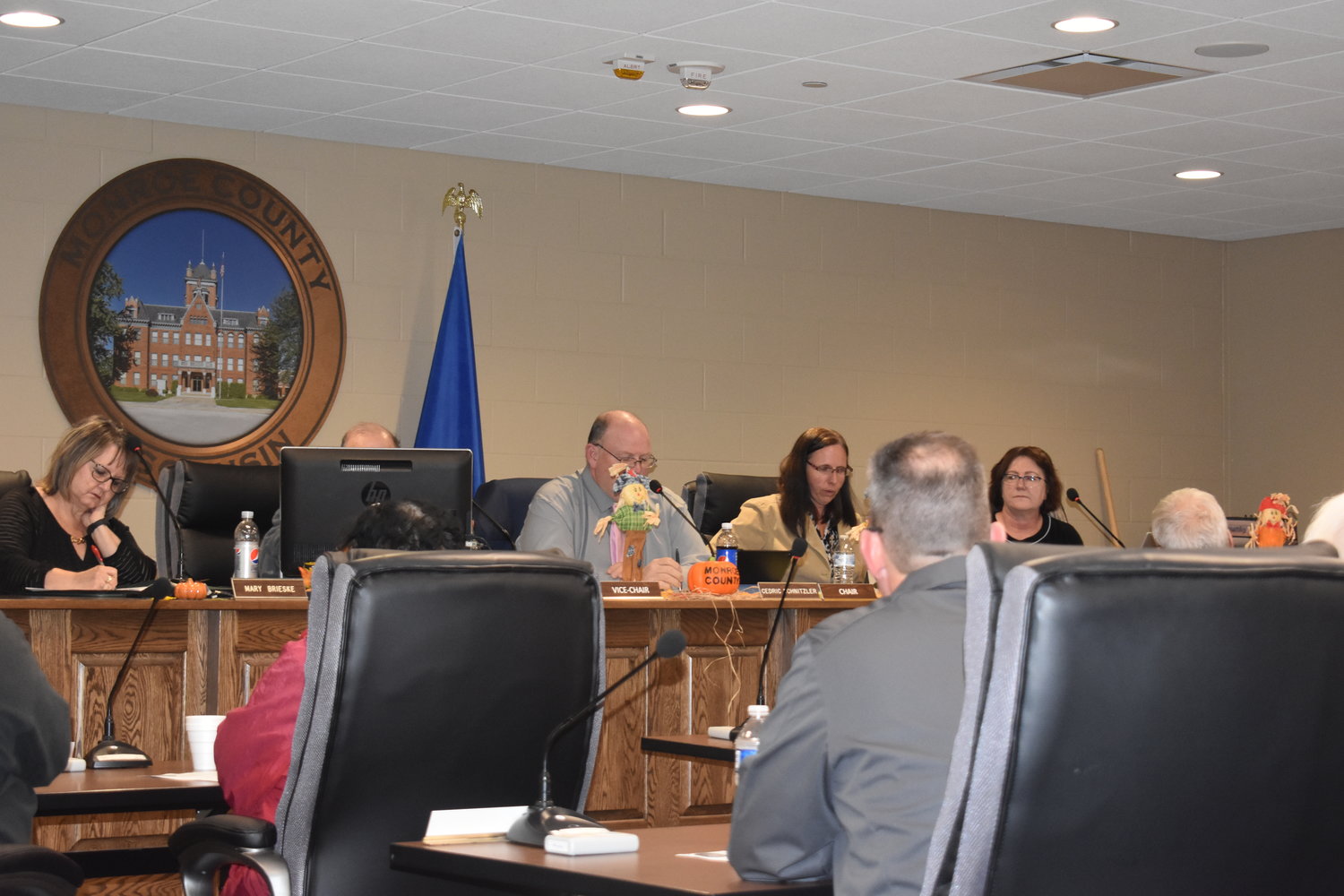 The board stayed on point, looking strictly for answers, possible solutions. They welcomed all input.
Benny Mailman
Previous Next
Posted Friday, October 28, 2022 12:00 am
Benny Mailman

Last night, October 27th, the Monroe County Board of Supervisors held a special/emergency meeting. Today, October 28th, a public release letter went out to all municipalities, that the Monroe County Landfill is in danger of being shut down because it has reached licensed capacity and the DNR is laying a heavy hand on the county, threatening $25,000 a day fines, and as much as $50,000 a day fines, if certain criteria are not met by the County Landfill.

The DNR said that if the County acts in good faith toward the proper steps, it will take that into consideration when levying the fines.

One of the reasons the landfill reachhed licensed capacity ahead of schedule, was the unforseen arrival of the Afghan people out to Fort McCoy. This brought in an extra 600,000 tons of garbage, putting the landfill 63 days behind what they had originally forcasted, and planned on to be within time guidelines.

After over an hour of the facts being laid out, in addition to community and board members expressing opinions, ideas and reason, Chair of the committee, Cedric Schnitzler, informed everyone in attendance that emergency meetings will be common place until a resolution can be reached. Schnitzler also stated that calls were going out to state legislators in the morning, and that all avenues of resolution will be exhausted.