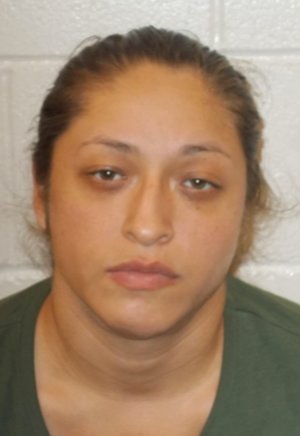 A defendant in the June 11, 2020, homicide of a Sparta man during a drug-related robbery was the first of a trio charged in the incident to be sentenced.

He also gave the defendant 482 days credit for time spent in jail since she was arrested. That means nearly half of her prison confinement has already been served. She pleaded guilty in September to delivery of methamphetamine as party to a crime and harboring and aiding a felon. Prosecutors dismissed the most serious charge, felony murder-armed robbery as party to a crime.

Skenandore-Medina’s sentence came one day after a jury convicted the shooter, 39-year-old Michael Hartmann of Milwaukee, of first-degree intentional homicide (see related story on page 5A).

During the sentencing hearing, Koopman’s sister, Betty Kowalski, addressed the court, saying she didn’t want who her brother was to get lost. She said he was a carpenter who would help anyone who needed it and that he struggled with drug addiction for many years.

She also said Skenandore-Medina’s actions after the shooting spoke louder than words. Medina, who drove the car the night of killing, wasn’t caught until 43 days after the incident when she was admitted to a Milwaukee hospital for alcohol poisoning.

According to testimony at Hartmann’s trial, Alfred Dorn, 51, said he and Koopman had entered the car, a Kia Soul, at around 1 a.m., the morning of the shooting, after Dorn had arranged a drug buy for Koopman. The two, who thought they would be buying 3 ounces of methamphetamine, according to Dorn, were in the back seat with another person they didn’t know, later identified as Hartmann, while Skenandore-Medina was driving and accomplice Eric Borges, 32, Milwaukee, was in the front passenger seat.

Dorn told police the individual in the back seat kept asking where the money was but no one was producing the drugs and Koopman got out of the car. Dorn said he then heard a gunshot and Koopman took off running. Dorn then exited the vehicle and ducked down behind it.

Investigators interviewed a 17-year-old witness in Milwaukee, who told them Skenandore-Medina, Borges and Hartman were the ones in the vehicle and that Borges told her he was planning on robbing his friend, Dorn, by trying to sell him meth.

At Skenandore-Medina’s sentencing hearing Monroe County District Attorney Kevin Croninger showed a 10-minute video of body-camera footage from one of the officers who responded to the scene. It showed Koopman in agony with a bullet wound to his torso that pierced his liver and digestive tract.

In it, Koopman repeatedly utters “help me” and “I can’t breathe” as he pleads for oxygen. The video ended in the Sparta emergency room where a doctor can be heard saying, “We’re starting to lose him.”

Croninger said he wanted to show the contrast of what Skenandore-Medina was doing in the aftermath of the shooting, stopping at Kwik Trip on the way back to Milwaukee, as Koopman struggled for his life. Croninger said the more than 40-day lapse between the incident and Skenandore-Medina’s capture made the investigation more difficult.

Stephanie Gauger, an instructor from Western Technical College who runs Project Proven, a program that helps inmates re-enter society and offers college credits, spoke on behalf of the defendant. She said Skenandore-Medina was a model student who was the first inmate in the Monroe County Jail to earn college credits through the program. She also encouraged other inmates to sign up for the program.

Skenandore-Medina’s attorney, Russell Hammer argued his client’s involvement in the crime was coincidental. He said Skenandore-Medina was the girlfriend of Borges and she didn’t know Hartman had a gun. He asked the court to sentence her to time served and probation.

The defendant also apologized to the family for their loss.

Before passing sentence, Radcliffe said Skenandore-Medina’s actions were not in the same category as the other two defendants involved in the crime.

Hartman is facing life in prison and is scheduled to sentenced Feb. 8. Borges is still in custody on a $1 million bond and is awaiting trial.