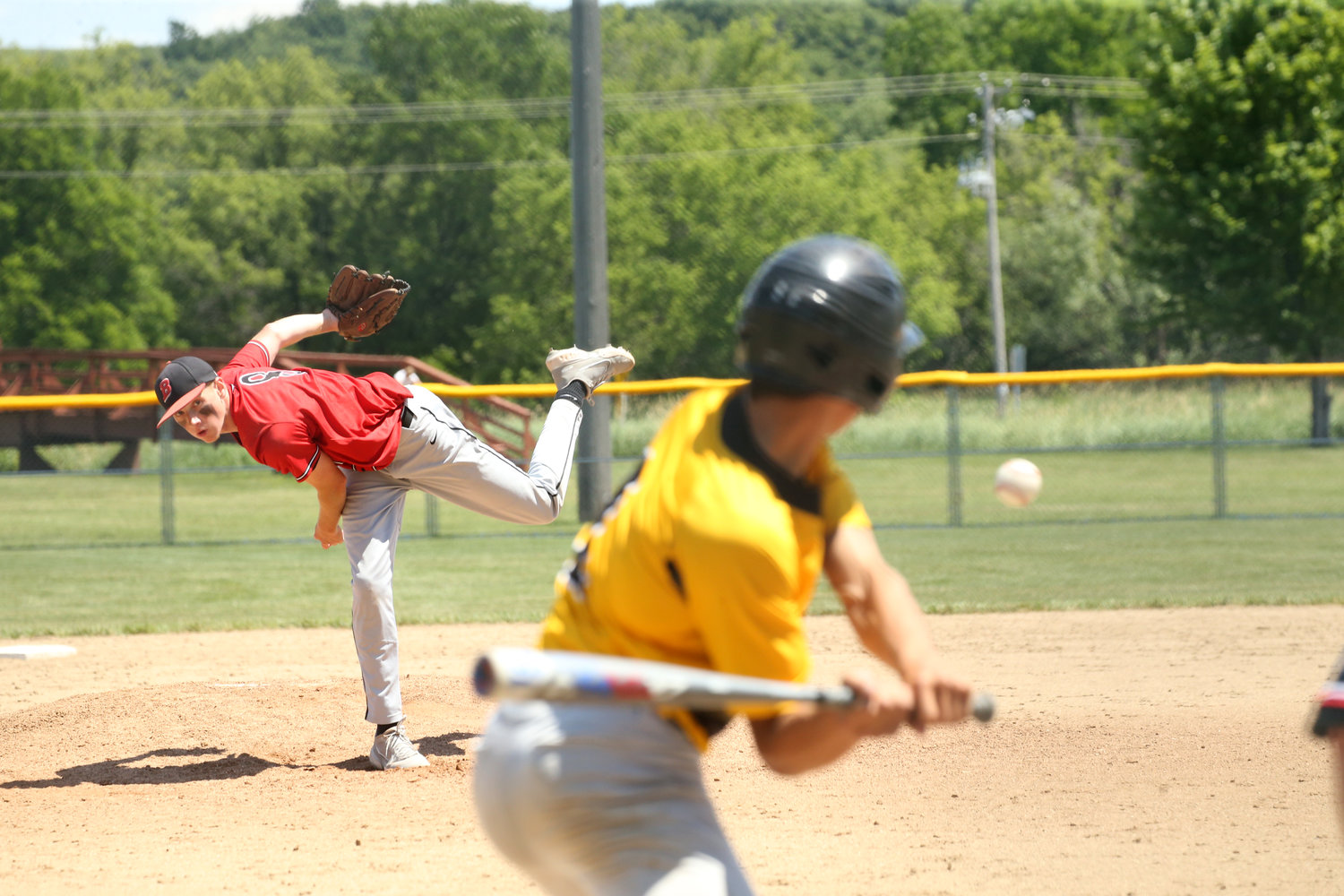 Bangor's Ashton Michek dominated against Melrose-Mindoro, throwing a no-hitter while recording 18 of his 21 outs via the strikeout.
File photo by Nate Beier/GX3 Media
Posted Friday, April 15, 2022 11:30 am
By ZACH RASTALL, Sports Writer

There are dominating pitching performances, and then there’s what Bangor senior Ashton Michek did against Melrose-Mindoro.

Michek was nearly untouchable against the Mustangs, throwing a no-hitter while striking out 18 batters in seven superb innings of work.

Behind his powerhouse performance, the Cardinals (3-0) breezed past Melrose-Mindoro (0-2) in a 13-0 non-conference victory Monday, April 11 in Melrose.

Michek not only was phenomenal on the mound, but helped his cause at the plate too. Bangor’s first runs of the evening came in the top of the third, when Michek drove in a pair with an RBI single.

Bryce Peterson duplicated that feat an inning later, bringing home two more runs with a two-out RBI single of his own.

After a couple of errors allowed the Cardinals to extend their advantage to 6-0 in the sixth inning, the barrage truly came with a seven-run rally in the top of the seventh.

In that inning, Chase Horstman scored on an error, Peterson came up with his second RBI single of the evening, Evan Wolfe followed with a two-run triple, Eli Tucker and Michek added back-to-back RBI doubles and Horstman capped off the scoring with an RBI single.

Of the 21 outs Michek got in the win, 18 of them came via the strikeout.

This marks the second straight year that a Bangor pitcher has recorded a no-hitter. Sam Wittmershaus tossed a five-inning no-hitter last season on May 10 in a 12-0 win over Necedah.

Michek’s no-no comes a full month earlier on the calendar as part of a solid 3-0 start to the campaign for the Cardinals. It’s a memorable achievement already in the books for a Bangor team looking to get plenty more during what could be a special season.