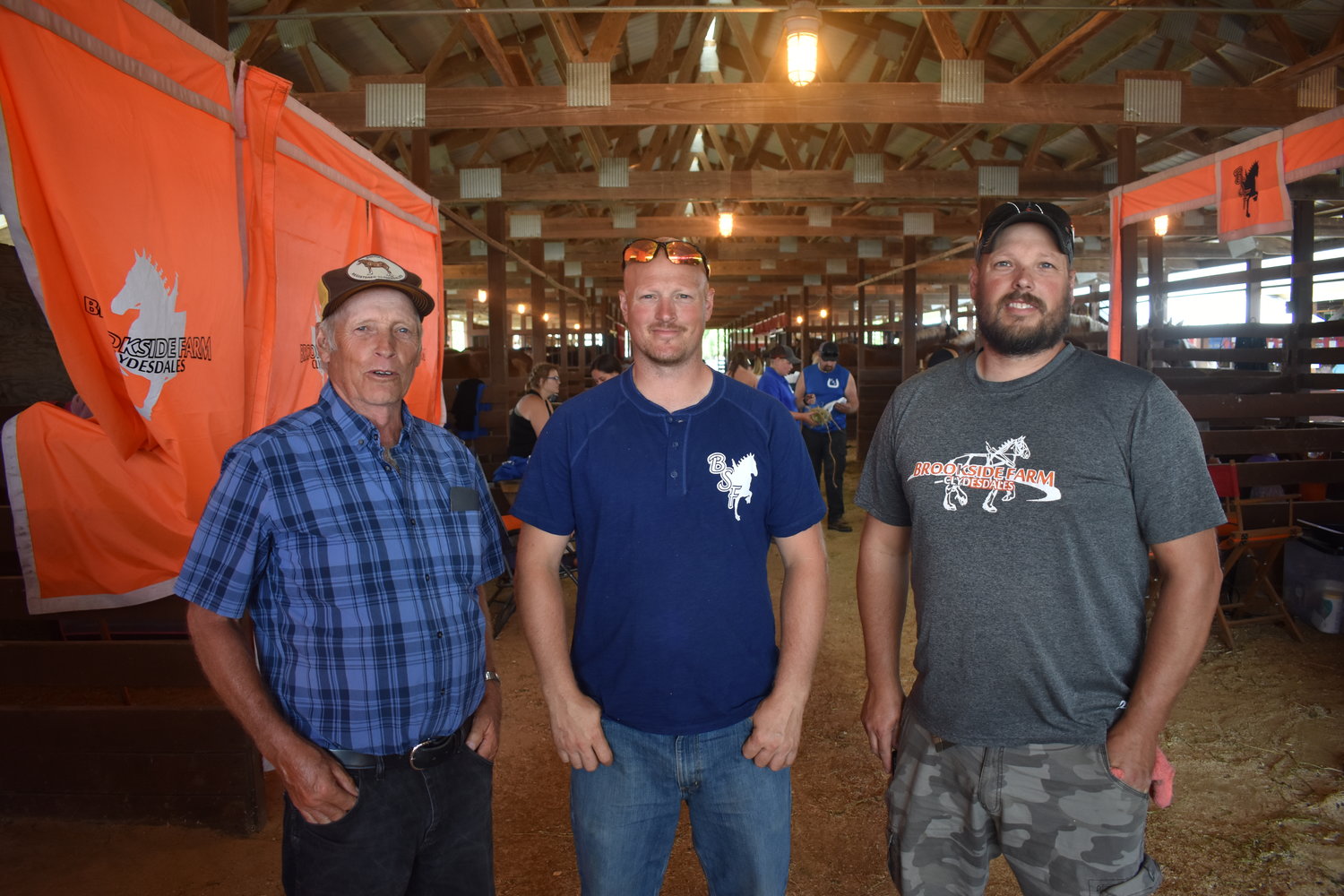 (From left) Marvin, Dustin and Brian Brooks, keepers of the Clydesdales. A family tradition started in 1943 by Grayson Brooks
Herald photo by Benny Mailman 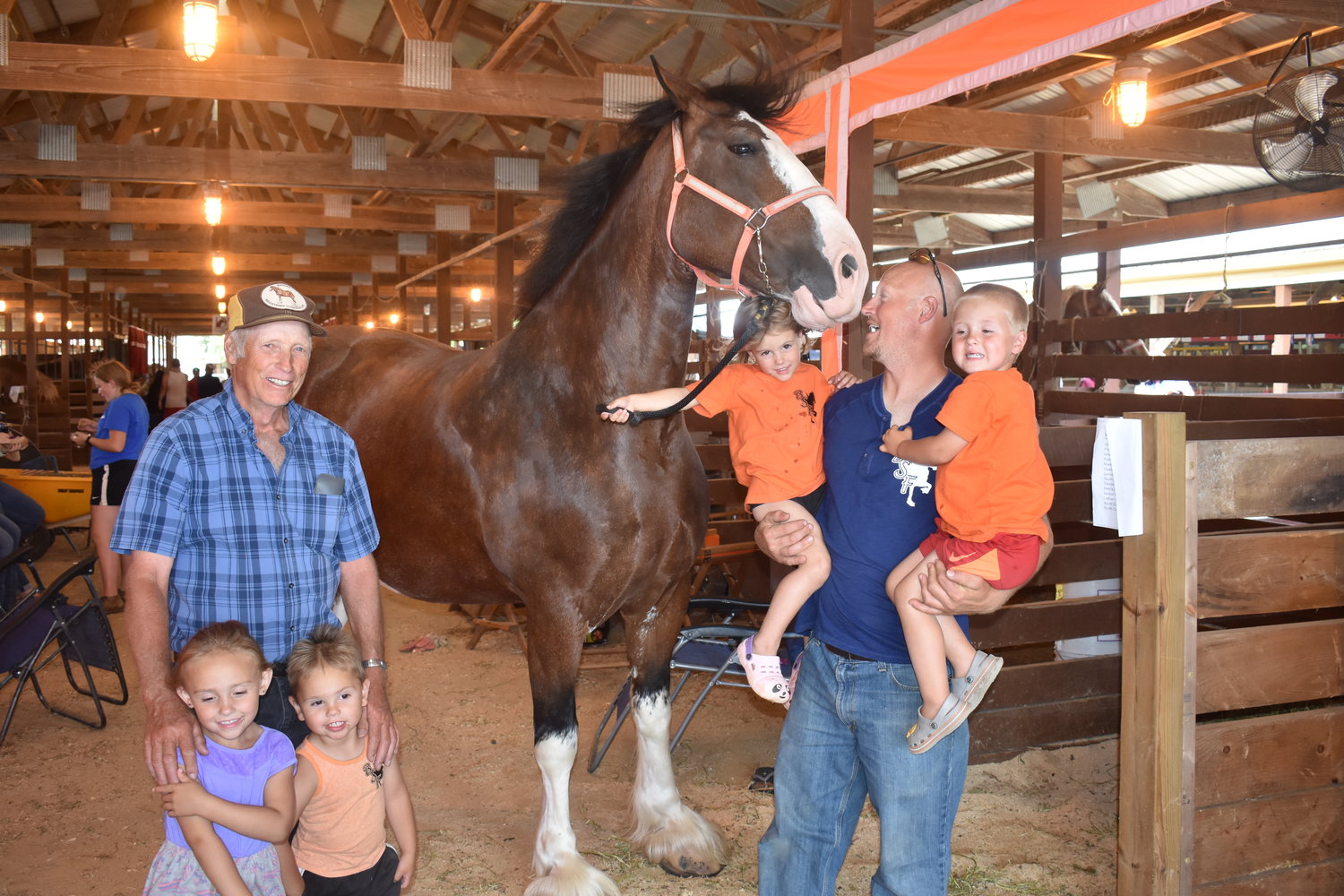 Marvin Brooks (left) with his grandkids Briella and Bodie in front of him. Dustin Brooks is holding his children Willow and Tra as Hattie the horse (Willows favorite), stands up to be counted.
Herald photo by Benny Mailman
Previous Next
Posted Monday, August 8, 2022 12:00 am
By BENNY MAILMAN, Senior Writer

As the Monroe County Fair was drawing to a close on Sunday, many exhibitors sat around stables and cages chatting, laughing and discussing the milestones nearly reached, attained or surpassed. Just past the barn with the alpacas, pigs, llamas, rabbits and chickens was another family with a storied history of milestones and accomplishments, the Brooks family. They were packing up and taking their show down the road to the Wisconsin State Fair in West Allis, Wisconsin. Marvin Brooks and his sons Dustin and Brian will take their Clydesdales to the Milwaukee suburb and let the fair-goers indulge in the beauty and magnificence of these cyclopean creatures.

Brookside Farms, located on Wisconsin HWY 71 in Monroe County, has been in the family since 1854. Marvin Brooks says that nobody owned the land before their family did. Marvin’s father, Grayson Brooks, brought the first pair of Clydesdales to the family farm in 1943 … the family has never looked back.

Brookside Farms has a total of nineteen Clydesdales, according to the senior Brooks. Marvin says that his boys handle the road shows, while he takes care of the farm when they are away. He also mentioned that they have sold horses as far west as California, as far north as Canada, and as far East as Massachusetts. Brookside Farms has even sold horses to the infamous Budweiser Beer company.

The Monroe County Fair was just a warm up for the Brooks family. They will now go on a six-week run, to include the Wisconsin State Fair, Belvedere-Illinois, the Iowa State Fair, Marshfield-Wisconsin, Indiana and even the city of Monroe, Wisconsin. Marvin says that Monroe gets quite a turnout for their show. “There are so many people at the Monroe show. People are packed into the streets. It is really a sight to behold,” says Brooks.