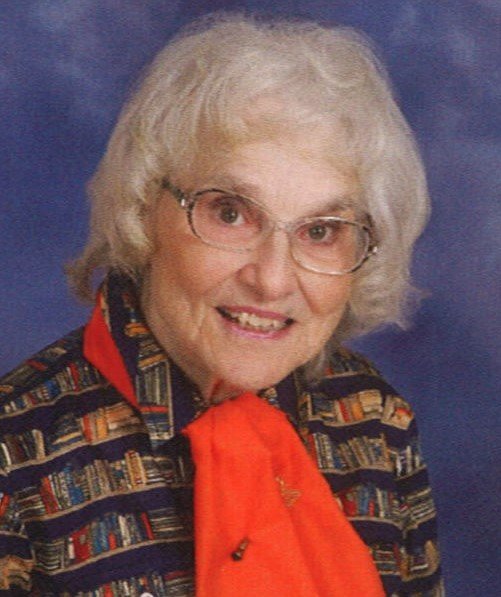 SPARTA - Joan Mae Wenzel, 92, of Sparta passed away in peace on Wednesday, July 27, 2022 at Mayo Clinic Health Systems, La Crosse.  She was born on March 4, 1930 to Carl and Lucia (Kraemer) Fehrenbach in Marshfield, Wisconsin.

On July 16, 1955, she married Darrell Wenzel, also a Marshfield Class of ‘48 alumnus.  They relocated to Sparta in 1959, and bought into the jewelry store, which became Hoag & Wenzel and then Wenzel Jewelers.  In later years, Joan became a business partner in the Dala Gift Horse store, which she continued to operate after merging into the jewelry store.  She kept both businesses going until 1999, seven years after Darrell’s death.  Not content simply to retire from the business community, she then served as a Sparta Chamber of Commerce Ambassador, leading its Honorary Citizen program awarded to unsuspecting tourists who happened to be visiting or passing through Sparta.

Joan was a dedicated member of St. Patrick’s Catholic Church, cantoring, singing in the adult choir, directing its Resurrection Choir, teaching First Communicants in the church’s youth religious education program, and leading rosary prayer groups at area nursing homes. From high school on, she was asked to lend her pitch-perfect soprano voice to the weddings of so many dear friends and family.

Joan loved spending time and entertaining at their cottage at Spring Bank, taking frequent rides along the Elroy-Sparta and La Crosse River bike trails, and traveling far and wide to visit family and friends. Her travels took her on pilgrimages to Ireland, as well as Rome (twice) with the La Crosse Diocese bishop.  She even enjoyed downhill skiing and snowshoeing, with several trips to the Rockies through Elderhostel, until age 77, and would have continued skiing if her body had remained able.  But no matter how enticing these wonderful, far-away places were, she always considered Sparta and Spring Bank to be home.

It’s a mystery that she ever found any spare time, but when

A Mass of Christian Burial will be held Friday, August 12, at 2:00 p.m. at St. Patrick’s Catholic Church in Sparta, with visitation from noon until the time of the service.

Donations in Joan’s memory would be welcomed by the St. Clare Health Mission Clinic of Monroe County or the Deke Slayton Memorial Space & Bicycle Museum in Sparta, as she was a passionate volunteer and supporter of these and other charitable health, education and arts organizations.

Cards and condolences may be addressed to the Wenzel family in care of Lanham-Schanhofer Funeral Home, 106 W Franklin St, Sparta, WI 54656.