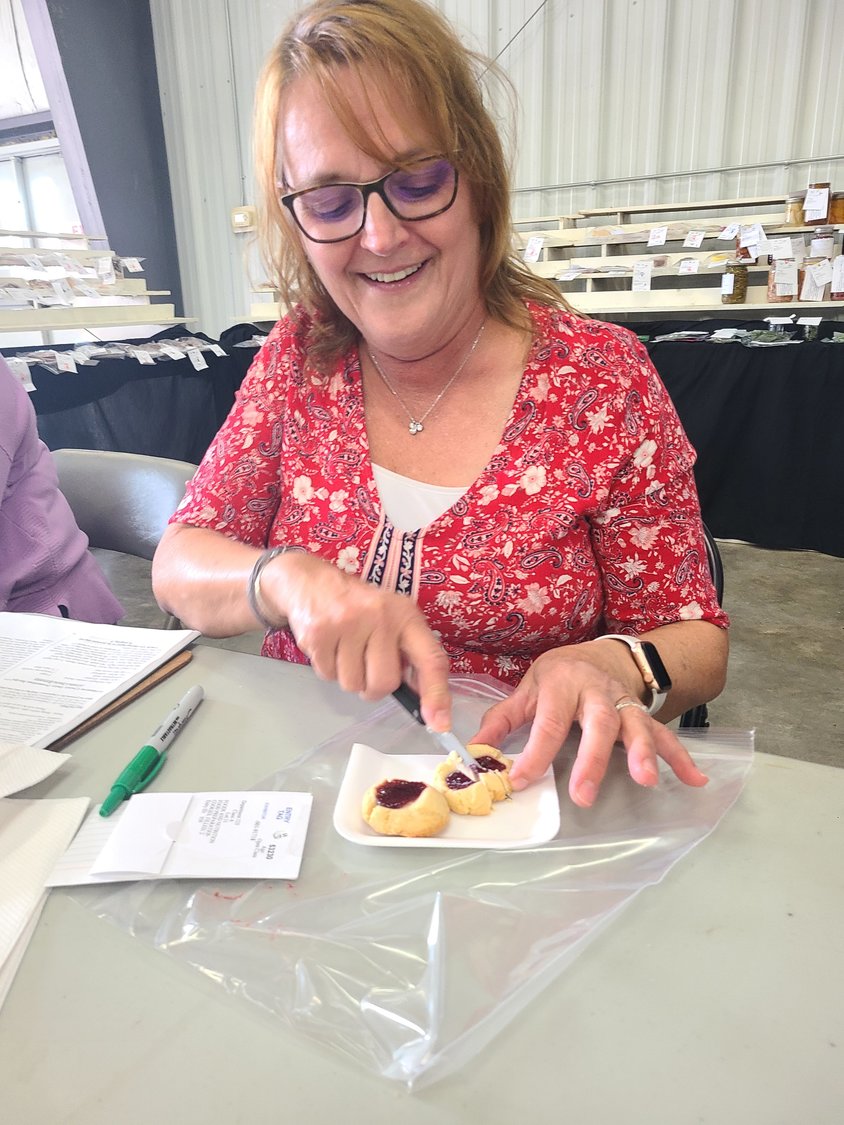 "This is made with homemade jam ... you can tell," Opelt said. She would know - the Niellsville judge has been tasting fair creations for over 30 years.

She said Paulson's cookies were being considered for merit.

Opelt said the best part of judging for fairs is when the kids come in.

"(My favorite part) is when they bring in their first entry of whatever they made," she said.

That wide-eyed excitement extends to many areas of the fair, especially at the small animal learning center.

Carson, Addie and Ella Schumann, children of Bethany and Travis of Tomah, spent a lot of time there, petting the baby chicks. Four-year-old Ella was especially intrigued. "She’s the Chick Whisperer," her mother said.

Another apparent friend to birds is Tyler Lovell, 7, of Sussex, who was visiting the fair with his grandparents, Donna and Bruce Lovell of Tomah. He giggled as the birds from the Pretty Birds Paradise free interactive exhibit tried to land on his finger.

Becky Meress, the Florida woman who operates the exhibit, said the parakeets were mostly rescue birds.

"I have a large compound at home, so I’m only out eight weeks a year," she said. "I do it so I can build up some money to feed the ones I’ve got." She said she has about 200 birds at home.

Crowds cheered on racing pigs, goats and daschund dogs at Woody's Barnyard Racers, laughed at the Granpa Cratchett show and interacted with Oscar the Robot, all free acts provided by the fair.

One youngster, Cooper Johnson, 5, of Finley, had his very first snowcone and let the robot "sniff" it.

Oscar had Cooper excited about the prospect of ordering an oil-flavored snowcone (the boy's father is a mechanic), but he had to settle for blue-raspberry.

In another area of the Monroe County Fair, kids of all ages checked out tractors of all sizes at the Antique Tractor Show sponsored by the Norwalk Lions Club.

Terre and Jeff Dauterman of Tomah, brought their granddaughter, Elise, 10, in to see the tractors.