Clerk of Courts Chapiewsky to retire 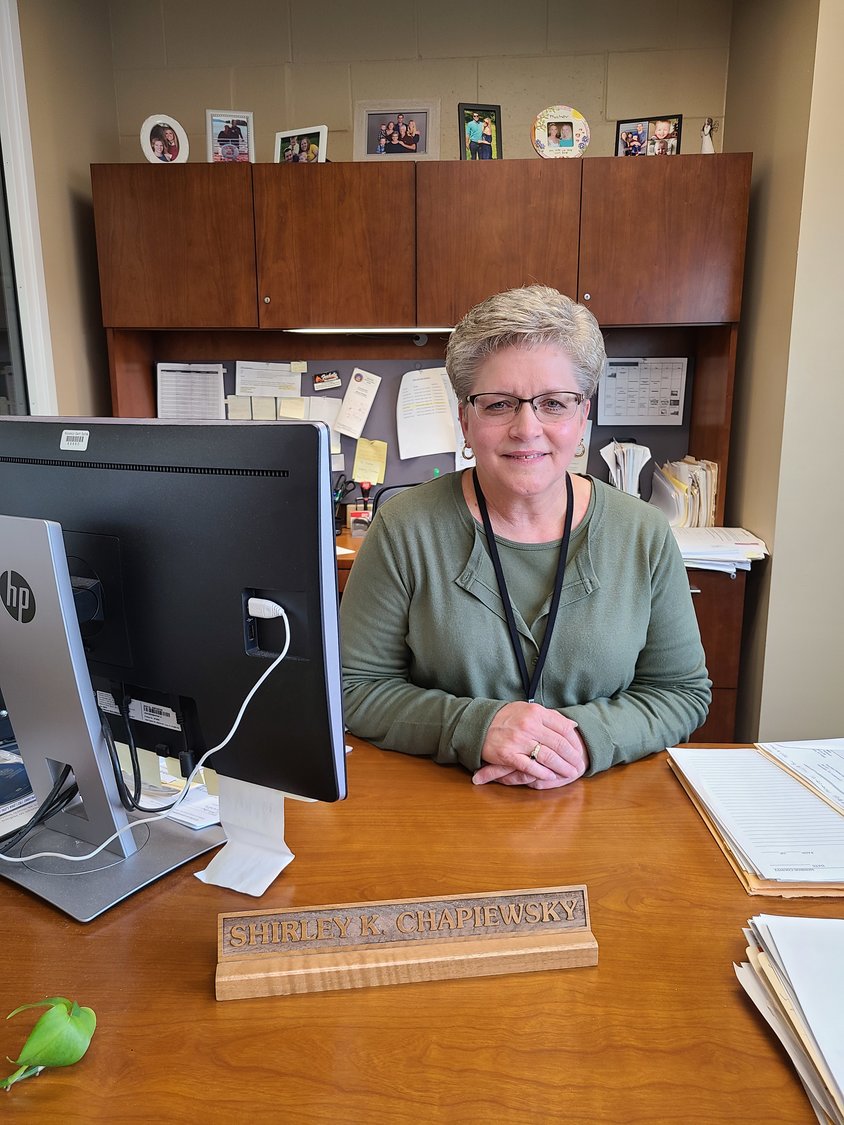 Monroe County Clerk of Circuit Courts Shirley Chapiewsky has seen many changes in the past decade, and her retirement next month marks yet another big change.

Chapiewsky, 62, of Sparta, was appointed to her current position in February 2009, after the retirement of Carol Thorson, but she had been working in the office for several years.

She said her decision to retire was made easier because her husband is no longer working.

“My husband’s been retired for just about three years,” she said, adding that it was getting difficult coming to work knowing she was missing out on family time.

That family includes two grandchildren and one on the way. “I really want to spend more time with my family,” she said.

Chapiewsky said she will miss her co-workers. “The friends I’ve made are wonderful, and I can’t say enough positive things about our judges,” she said.

When she started working for Monroe County, there was only one judge, but now there are three judges and a lot more responsibility.

“We maintain court records and, back then, everything was handwritten in big docket books or typed on index cards,” she said. “Now, of course, we have electronically filed documents, instead.”

The buildings have also changed.

“When I first started, we were in the historic courthouse next door, with just one courtroom,” Chapiewsky said. “In 2017, we moved. It was kind of an ordeal.”

She said the records were moved from both the fourth floor and the basement of the courthouse to one area in the justice center.

Her staff, which includes a deputy clerk and seven others, now share a very open office area, compared with the separate rooms at the historic courthouse.

Chapiewsky will work until Jan. 10. Current Deputy Clerk of Courts Laura Endres will then step into the clerk’s position.

Chapiewsky said Endres, who has been employed at the courts for over 14 years, will “do an excellent job.”

“She is very open to changes that would improve the office,” Chapiewsky said. “She will be excellent.”

“Congrats to Shirley on a well-deserved retirement,” Endres said.

Now, there will be no more “missing out” on things for Chapiewsky.

“Now is the right time,” she said.