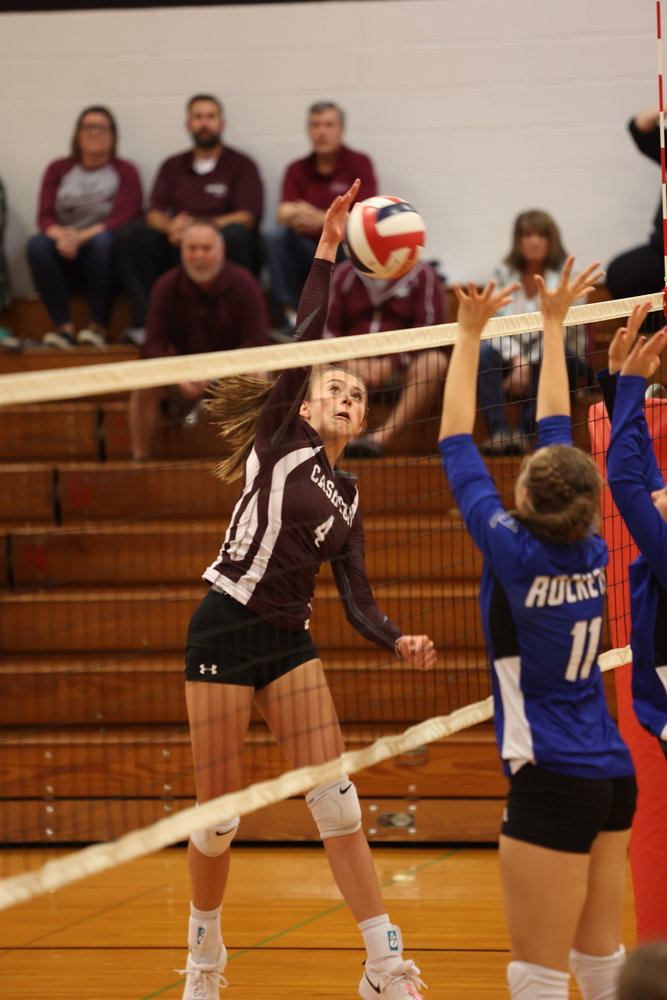 This year’s youthful Cashton volleyball team endured their share of growing pains early on, but the Eagles found a winning formula here late in the regular season.

The two wins at the double dual pushed Cashton’s conference winning streak to four at the time. The Eagles defeated Royall in four 25-17, 17-25, 25-23, 25-18 when the two sides squared off Thursday, October 7 in Cashton.

In that win over the Panthers, stat leaders for the Eagles included Braylee Hyatt with 15 kills, Ella Brueggen with 16 assists and Taylor Bayer with 17 digs.

That winning streak came to an end in Cashton’s rematch with Royall Wednesday, October 13 in Elroy, where the Panthers emerged victorious. Cashton rallied back from a 2-0 deficit to force a decisive fifth set, but Royall ultimately outlasted the Eagles 25-23, 25-22, 23-25, 8-25, 15-12.

As for the Falcons, they have now dropped four straight since beating Necedah to snap a 28-match losing streak in conference play.

Both Brookwood and Cashton are in action on the final day of Scenic Bluffs play Thursday, October 14 in matches set to begin at 7:15 p.m. The Falcons host Wonewoc-Center and the Eagles hit the road to face Hillsboro.