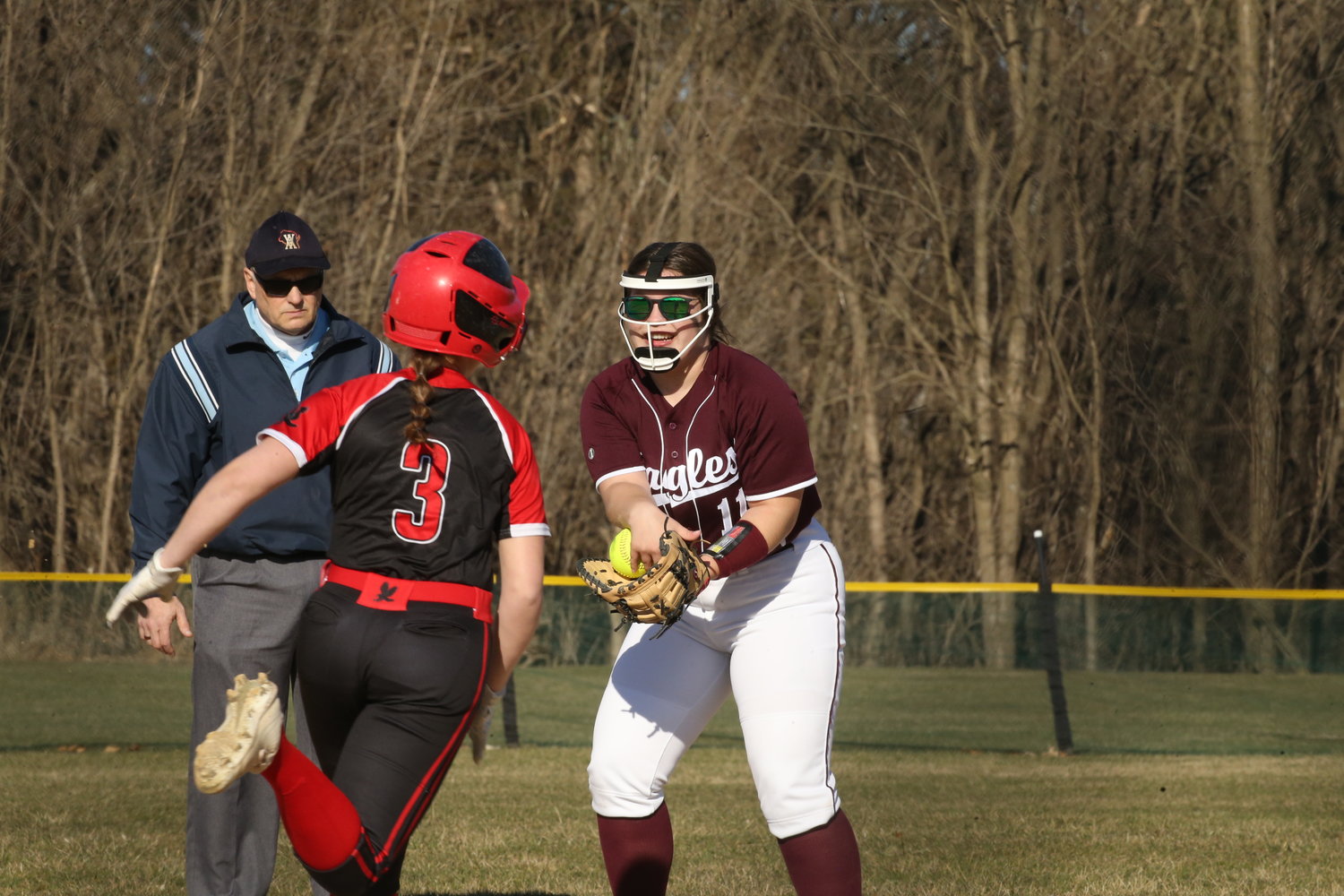 Behind a six-run outburst in the fourth inning, the Cashton softball team tallied its first conference win of the season against Brookwood early this week.

Brookwood responded with a Deanna Wallace RBI single and Wallace later scoring on an error to knot the score at 2-2 in the bottom of the second.

The Eagles retook the lead on Ella Brueggen’s RBI single in the top of the third, then erupted for six runs in the fourth inning. That rally featured a Sydney Helgerson RBI double, a Chelsie Paulsen two-run home run, a Mickelson sacrifice fly and two runs scored on errors.

In the top of the sixth, Teagan Hundt had an RBI triple and Taylor Lukaszewski hit a two-run double to make it a 12-2 Cashton lead. After Brookwood went down in order in the bottom half of the inning, the mercy rule came into effect.

Paulsen led the way for the Eagles by going 3 for 4 with the homer, two RBIs and two runs scored, while Brueggen finished 2 for 3 with a walk, an RBI and a run. In the circle, Sarah Schroeder got the win by going six innings, striking out 10 and surrendering two runs on three hits and two walks.

Wallace, Kristin Berg and Emily Cunitz all recorded a hit for the Falcons in the loss.

Brookwood would shake off that defeat and go on to beat Wauzeka-Steuben (0-2) 9-4 in non-conference play for its first win of the season Tuesday, April 12 in Wauzeka.

In that win, Vanessa Anderson finished 4 for 5 with two RBIs and three runs scored, while Kylea Brueggeman was 2 for 3 with a double.