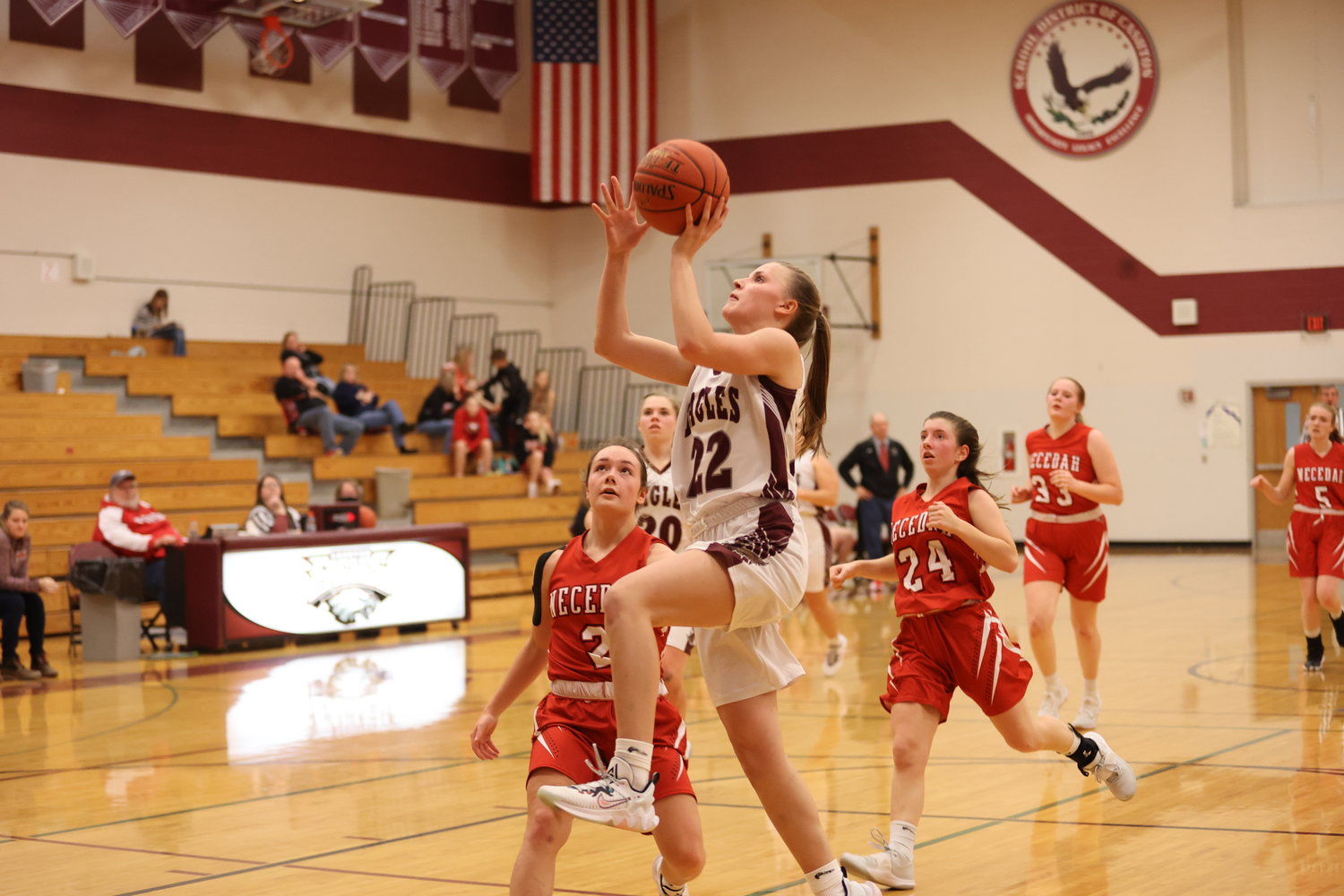 The first games of the 2021-22 Scenic Bluffs girls’ basketball season are now in the books after conference play began this past Friday.

A total of three Scenic Bluffs games were contested Friday, December 3 throughout the area. Cashton blew past Necedah, Royall remained unbeaten with a win over Hillsboro and Brookwood fell to New Lisbon. The Falcons also suffered a non-conference loss to Kickapoo the following day.

Bangor was originally supposed to host Wonewoc-Center, but the Wolves were unable to play due to ongoing COVID-19 issues within their high school. Instead, that game has been rescheduled for January 11.

The Cardinals (2-0) return to action with a non-conference contest against Gale-Ettrick-Trempealeau (2-3) Monday, December 6 at 7:15 p.m. at Bangor High School.

After going 1-2 in a trio of non-conference games in November to begin its season, Cashton kicked off the conference portion of its schedule in style.

Hyatt outscored Necedah all on her own by pouring in a game-high 28 points, 16 of which came in the second half. Outside of Hyatt, Paige Hoeft, Grace Leis and Sydney Helgerson all chipped in 6 points apiece to contribute to the winning effort.

Paige Olson and Teagan Hundt both scored 5 points as well for the Eagles, who made 24 of their 25 shots from the field inside the arc and converted on 14 of their 25 free throws.

Cashton will next make a brief foray back into non-conference play when it welcomes in Independence (2-2) for a matchup Tuesday, December 7 at 7 p.m. in Cashton.

The Rockets led 24-18 at halftime before both offenses picked up significantly in the second half, where New Lisbon outscored the Falcons 45-34 over the game’s final 18 minutes.

Leading the Rockets were Libby Rogers with 21 points, Kelsi Steele with 19 points and Abby Steele with 18 points.

Brookwood was guided by Vanessa Anderson and Cora Brandau, who finished the night with 17 and 14 points, respectively.

The Panthers raced out to a commanding 37-10 lead at halftime, then outscored Brookwood 29-19 in the second half to ensure a comfortable victory.

For Kickapoo, Jayla Nagel posted a double-double with 18 points and 12 rebounds while Alayna Culver added 10 points.

The Falcons next will face the North Crawford Trojans (1-1) in non-conference play Monday, December 6 at 7:15 p.m. in Soldiers Grove.