The Cashton Eagles are off to exactly the kind of start they envisioned coming into the season. While they won’t face any Scenic Bluffs title race implications in Week 5, they will get a strong non-conference test that can serve as another measuring stick of where they stand.

The Eagles (4-0) will welcome in the Highland Cardinals (4-0) for a clash of state-ranked teams Friday, September 17 at 7 p.m. in Cashton.

Highland currently sits at No. 6 in the WisSports.net coaches’ poll for Division 7 teams in Wisconsin. Cashton is slotted in the No. 6 spot in the Division 6 poll.

The Cardinals, who play in the Ridge & Valley Conference, are coming off a 29-21 win over Ithaca, who fell 19-14 to Cashton back in Week 1. Prior to that, Highland had picked up a trio of convincing wins in the first three weeks of the season: 34-12 vs. River Ridge, 28-0 at Independence/Gilmanton and 47-14 at Boscobel.

Having ascended to the No. 1 spot in Division 7 the latest WisSports.net coaches’ poll, the Bangor Cardinals will look to back it up by improving to 4-0.

Junior running back Nikita Schankle is the workhorse back for the Rockets, accruing 665 yards and eight touchdowns on 89 carries through four games.

Junior quarterback Ashton Pfaff has completed 27 of 39 passes for 301 yards, four touchdowns and an interception.

With its non-conference slate completed, the Brookwood Falcons will look to snap their two-game losing skid when they head out on the road for Scenic Bluffs play.

Senior running back Stephen Daley sits at 367 yards and seven touchdowns on 41 rushes. 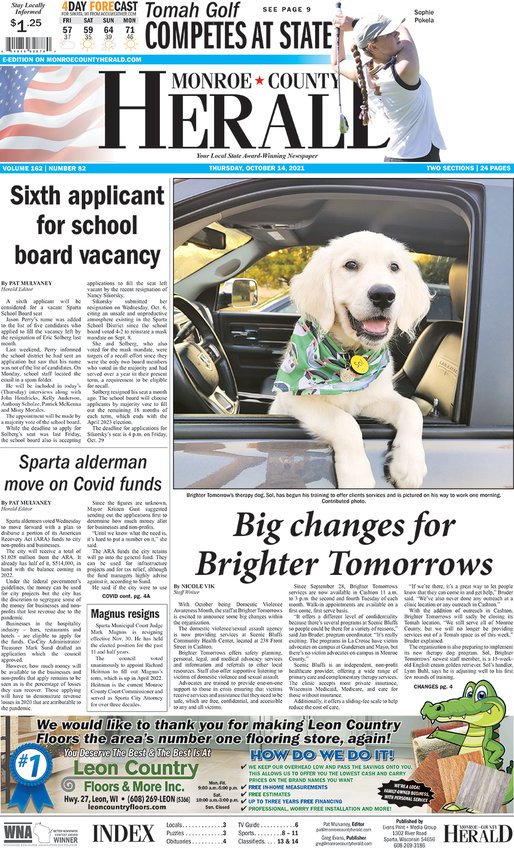