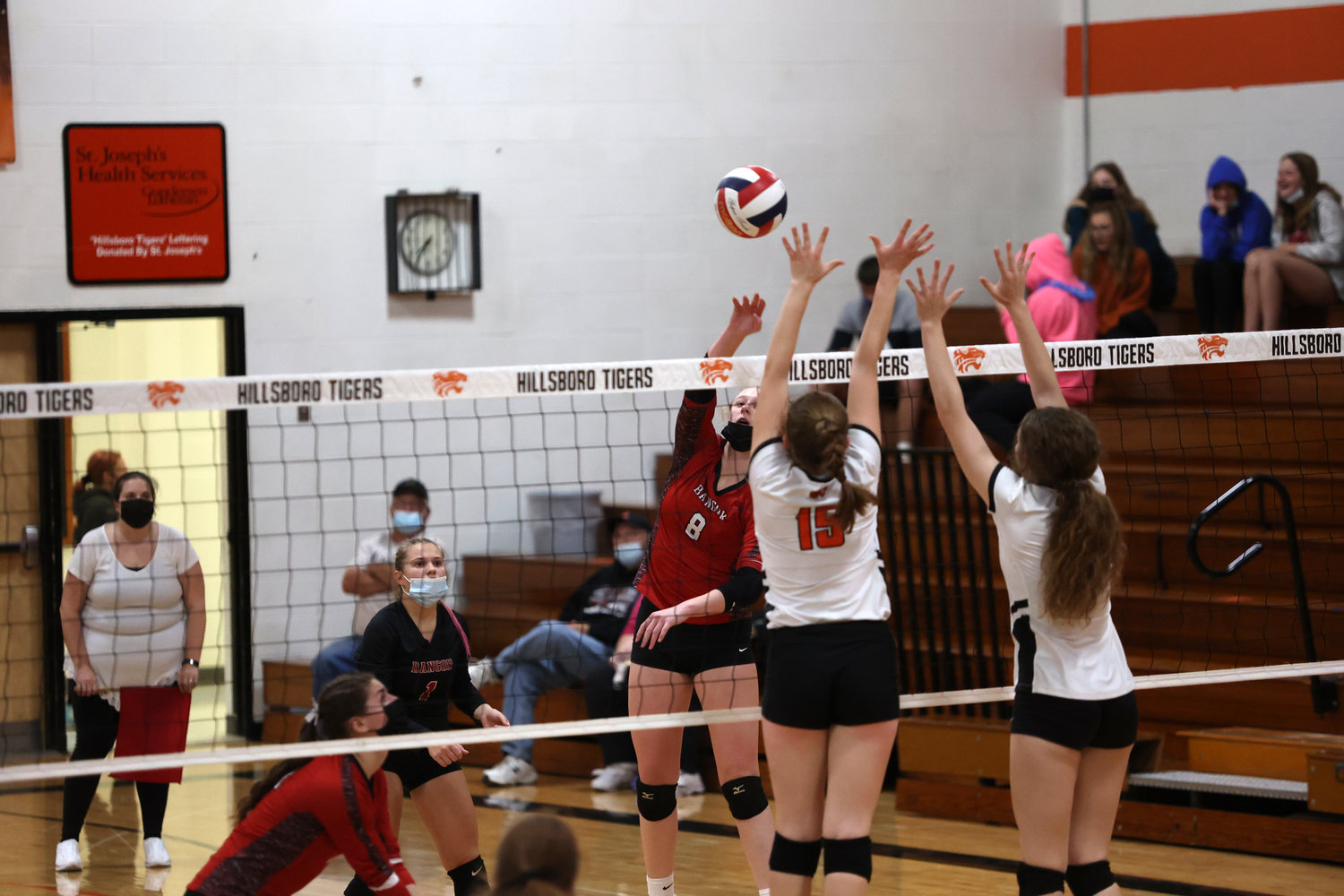 Bangor's Madisyn Herman drives an attack around Hillsboro's Toni Mitchell (15) during the second meeting between the two squads this season.
Photo by Nate Beier/GX3 Media 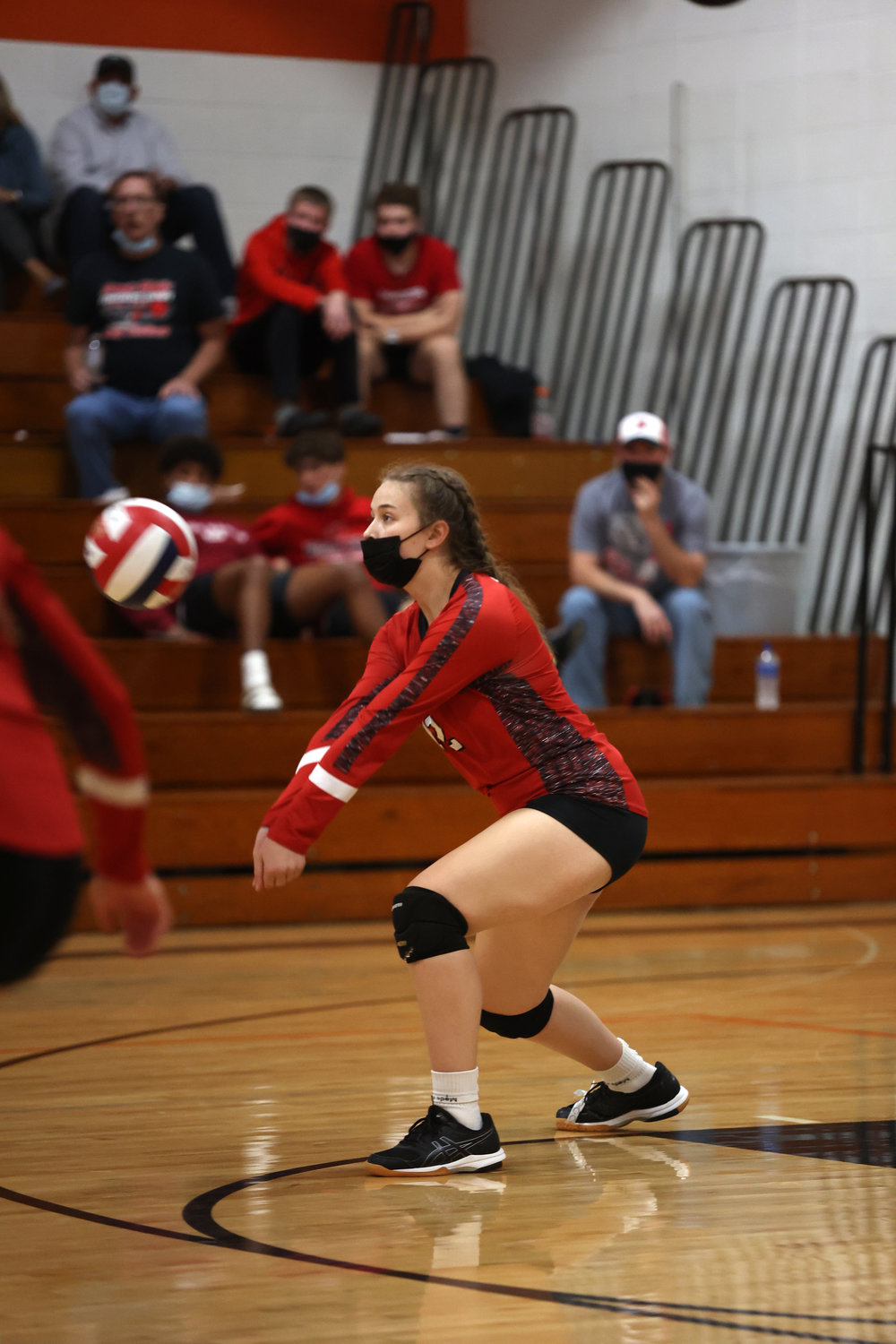 Bangor’s Lauren Kadrmas steps in for a pass during a match in Hillsboro.
Photo by Nate Beier/GX3 Media
Previous Next
Posted Thursday, October 28, 2021 1:45 pm
By ZACH RASTALL, Sports Writer

The Bangor Cardinals and the Wonewoc-Center Wolves shared this season’s Scenic Bluffs volleyball championship, splitting their head-to-head meetings along the way.

Perhaps it’s only fitting then that they square off one last time in 2021 for a rubber match with a sectional final berth hanging in the balance.

The two conference counterparts will meet once more in a WIAA Division 4 sectional semifinal showdown Thursday, October 28 at 7 p.m. in Cashton. The match was originally slated to take place in Independence, but was moved to make the commute more convenient for both fanbases.

“It’s a great gym, it’s a great environment — it’s a great gym to watch volleyball,” Bangor head coach Brent Brigson said of playing in Cashton. “At this stage of the tournament with such an opponent like this ... this should be neutral site.”

The stakes are massive for both programs looking to reach unprecedented territory. The winner of Thursday’s match would advance to Saturday’s sectional final, where they would take on either No. 1 seed Highland or No. 2 seed Potosi at 7 p.m. in Highland for a spot at the state tournament.

Bangor has one state appearance in program history in 1990. Wonewoc-Center has never made it that far.

“In 20 years, I think this is the third time being in a sectional or sectional final,” Brigson said. “A state run hasn’t happened since 1990. I was a college freshman, and I’m old. That’s a long time ago.”

Both the Cardinals and the Wolves will have a regular-season win over the other to draw from heading into Thursday evening.

Wonewoc-Center enters the sectional semifinal scorching hot, having won 14 consecutive matches as part of an incredible stretch that saw the Wolves snag a share of their first Scenic Bluffs championship since 2005 and first regional title since 2011. Bangor had last accomplished both those feats in 2017.

These two Scenic Bluffs titans emerged as the best a superb iteration of the conference had to offer in 2021.

It only feels right then that, on Thursday night at a neutral site within the conference, one of them will get the rubber match glory, the bragging rights and, most importantly of all, inch one step closer to realizing the dream of a state tournament bid.