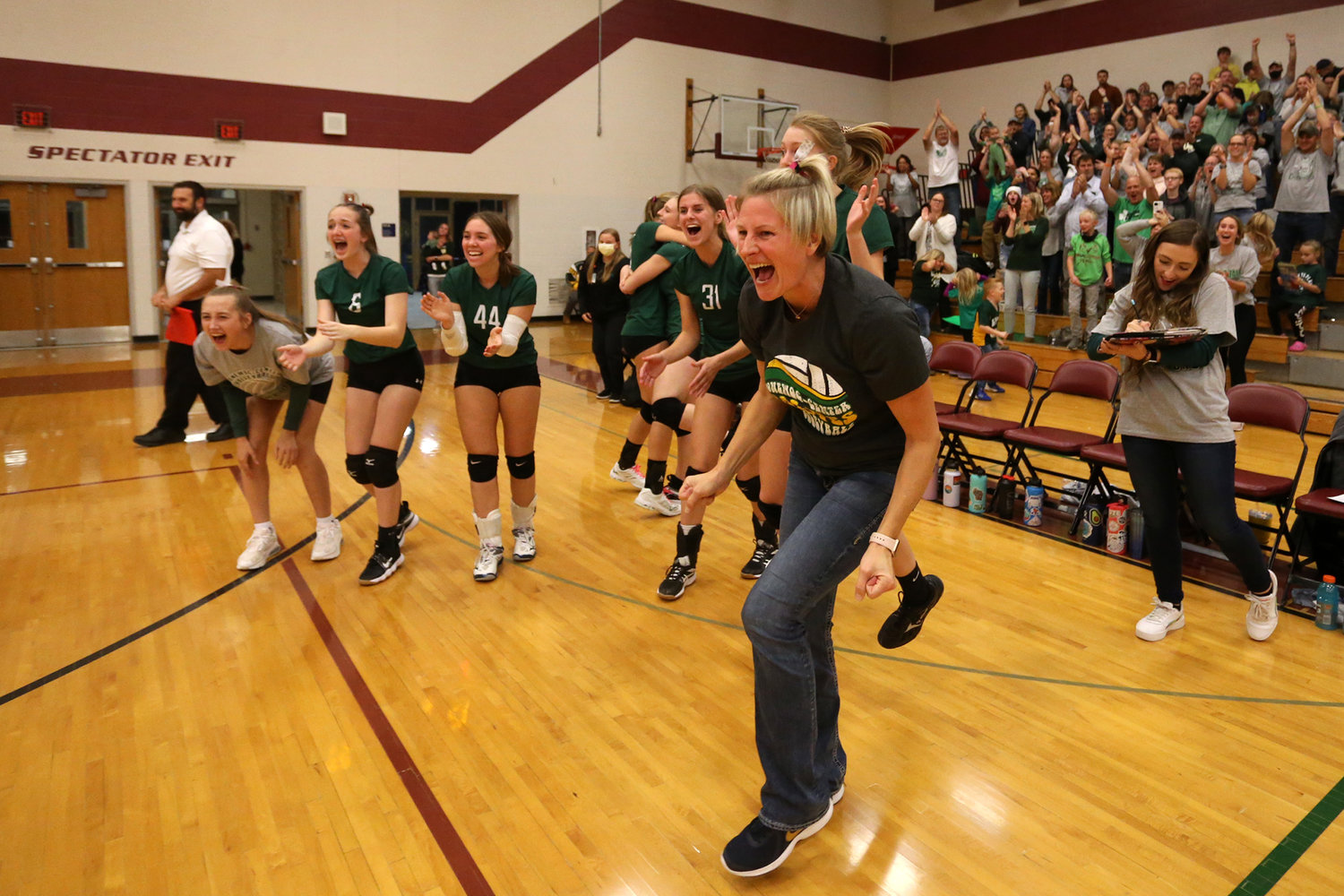 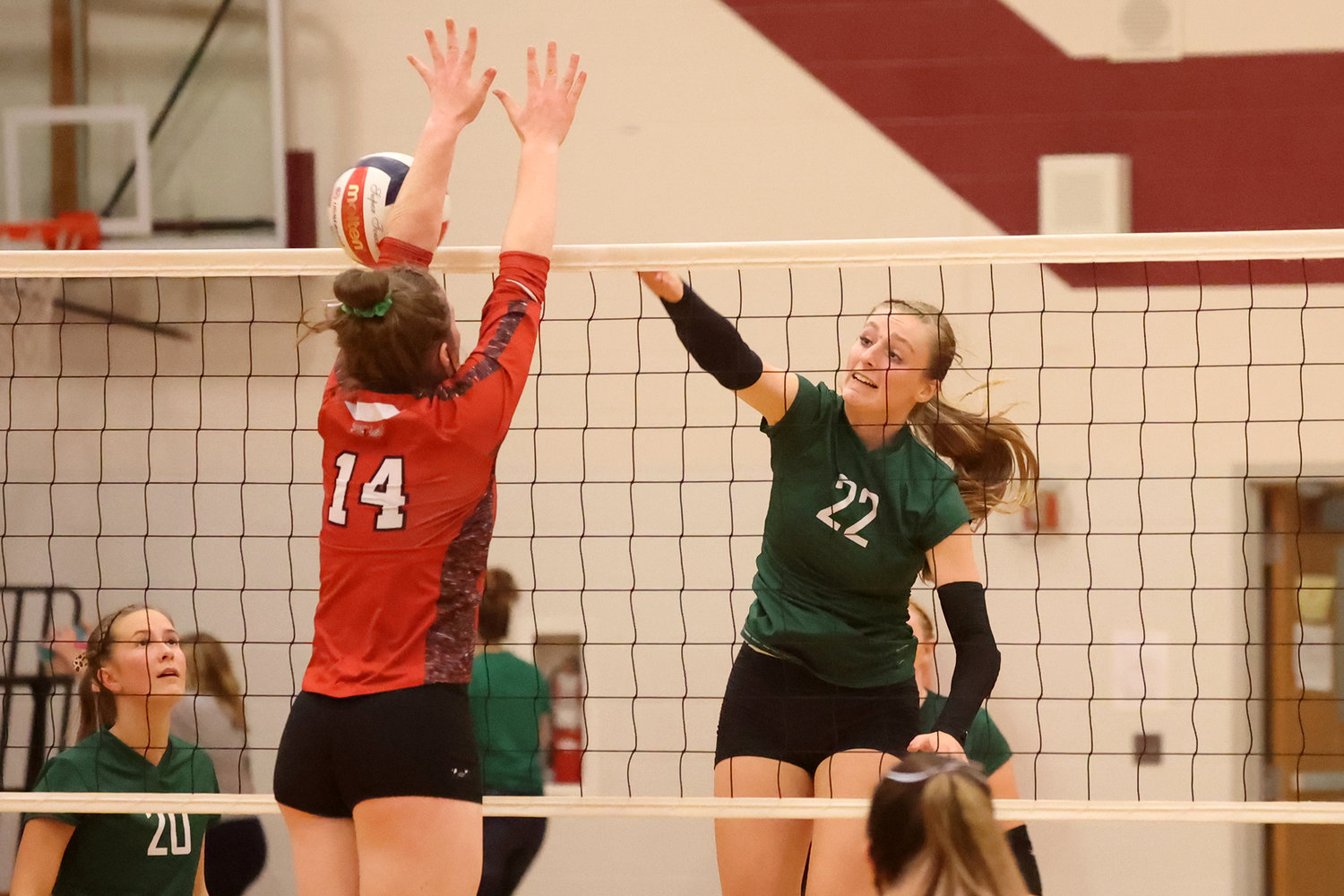 CASHTON — In a sectional semifinal rubber match between this year’s co-champions of the Scenic Bluffs Conference, it was the Bangor Cardinals who got the early advantage.

After losing the first seven points of the first set, Bangor ripped off an incredible 19-4 run en route to a first-set victory — exactly the kind of the start the Cardinals were hoping for.

However, that would prove to be the high point on the night for them, as Wonewoc-Center recovered to win in four sets 21-25, 25-21, 25-16, 25-20 in a battle of top-seeded Scenic Bluffs teams in their WIAA Division 4 sectional semifinal matchup Thursday, October 28 in Cashton.

The Wolves and the Cardinals had split their pair of regular-season matches and each claimed a share of the conference crown, lending an extra layer of intrigue to the existing high stakes of a sectional semifinal match.

Though Bangor would get the upper hand early on in the proceedings, Wonewoc-Center would come roaring back to win the next three sets behind a stellar offensive attack while the Cardinals were plagued with serving issues at times throughout the evening.

Stat leaders for Bangor included Madisyn Herman with 14 kills, Aliyah Langrehr with 26 assists and Joeryn Freit with 8 kills. Nicole Totzke and Kelsey Justman compiled 18 and 17 kills, respectively, for Wonewoc-Center in the winning effort.

The Wolves now advance to the sectional finals, where they will play for their first state tournament appearance in program history against fellow No. 1 seed Highland Saturday, October 30 at 7 p.m. in Highland.