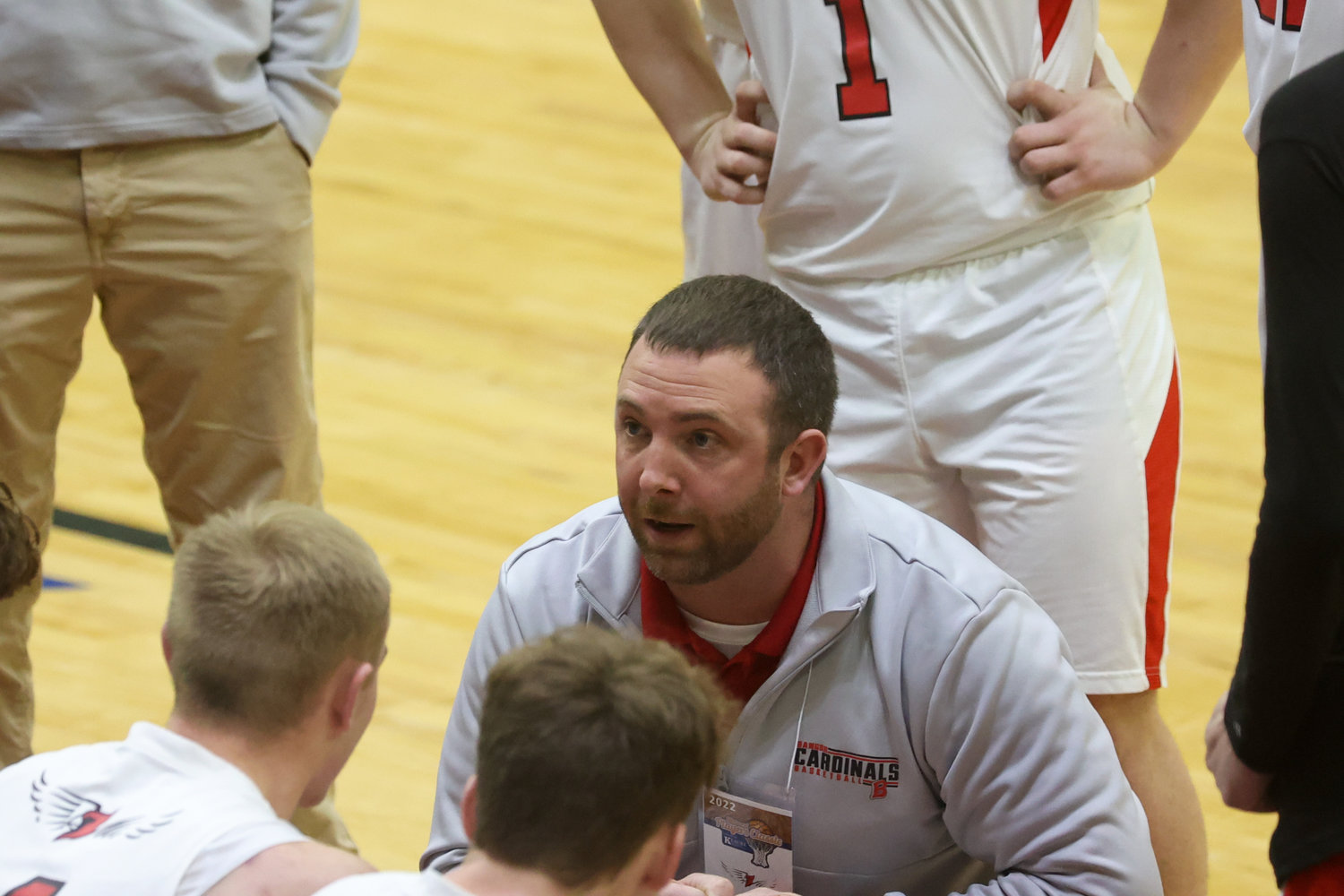 It’s been a hell of a long time since the Bangor Cardinals dropped a game in Scenic Bluffs play. Long enough, in fact, that they’ve built up the longest active conference winning streak in all of Wisconsin high school boys’ basketball.

The last time the Cardinals fell in league play was back on February 18, 2016, when the Hillsboro Tigers completed a regular-season sweep of Bangor with a 64-61 win on their way to a 14-0 conference record and a Scenic Bluffs title. The Cardinals would get the last laugh that year, however, thanks to a 63-60 sectional semifinal win over Hillsboro.

Since that loss nearly six years ago — 71 months if we’re being more precise — no Scenic Bluffs opponent has managed to topple Bangor, who has now rattled off 76 consecutive victories in conference play. That number bumps up to 83 if you count playoff games against Scenic Bluffs foes.

That streak appeared to be in jeopardy last Friday on the road when the Cardinals fell 12 points behind the Royall Panthers late in the first half, but they managed to rally back and escape with a 51-45 victory.

Bangor survived that scare, though another tough test awaits in a rivalry clash that’s been circled on the calendar since this season’s Scenic Bluffs schedule was first revealed.

The Cardinals (11-2 overall, 6-0 Scenic Bluffs) will welcome in the Cashton Eagles (12-2, 6-0) for a titanic rivalry showdown between the two teams tied for first in the league standings Thursday, January 20 at 7 p.m. in Bangor.

The Eagles won’t just be looking to grab the inside track in their bid for the program’s first conference title since 1987 and snap Bangor’s 76-game Scenic Bluffs winning streak — they’ll be looking to get a win over their archrival for the first time in 13 years.

Cashton hasn’t beaten the Cardinals since January 23, 2009, when the Eagles scored a 38-36 overtime victory at home over a Bangor squad that finished the year 3-18. A lot has obviously changed since that time, as the Cardinals have cemented their status as one of the state’s top Division 5 programs and beaten Cashton 25 straight times along the way.

The Eagles went through some lean years during that stretch but have enjoyed a resurgence under head coach Scot Wall in recent seasons that has significantly lessened the gap between the two programs.

Obviously, Bangor is still the crème de la crème in the Scenic Bluffs until proven otherwise and Cashton hasn’t been able to get over the hump and take down the Cardinals, but gone are the days of regular lopsided Bangor wins in this series.

“The last three seasons now, they’ve all been pretty solid teams that they’ve put together. This one might be their most complete,” Bangor head coach Jacob Pederson said of Cashton. “They definitely have plenty of scoring options. They’re a pretty unselfish team, in my opinion.”

The Eagles will get two cracks at dethroning their rivals: Thursday night in Bangor and February 21 in Cashton. If the Eagles are going to claim their first conference crown in 35 years, winning at least one of those meetings is a must.

If they fail to do so, Bangor’s reign as the undisputed kings of Scenic Bluffs boys’ basketball will hum right along.

“The last couple years we’ve played (Cashton) it’s been around the same point — we’ve both had pretty good conference records, there has been quite a bit on the line, even some playoff games we’ve played each other,” Pederson said. “We’re definitely looking forward to it as a big game on our schedule.”