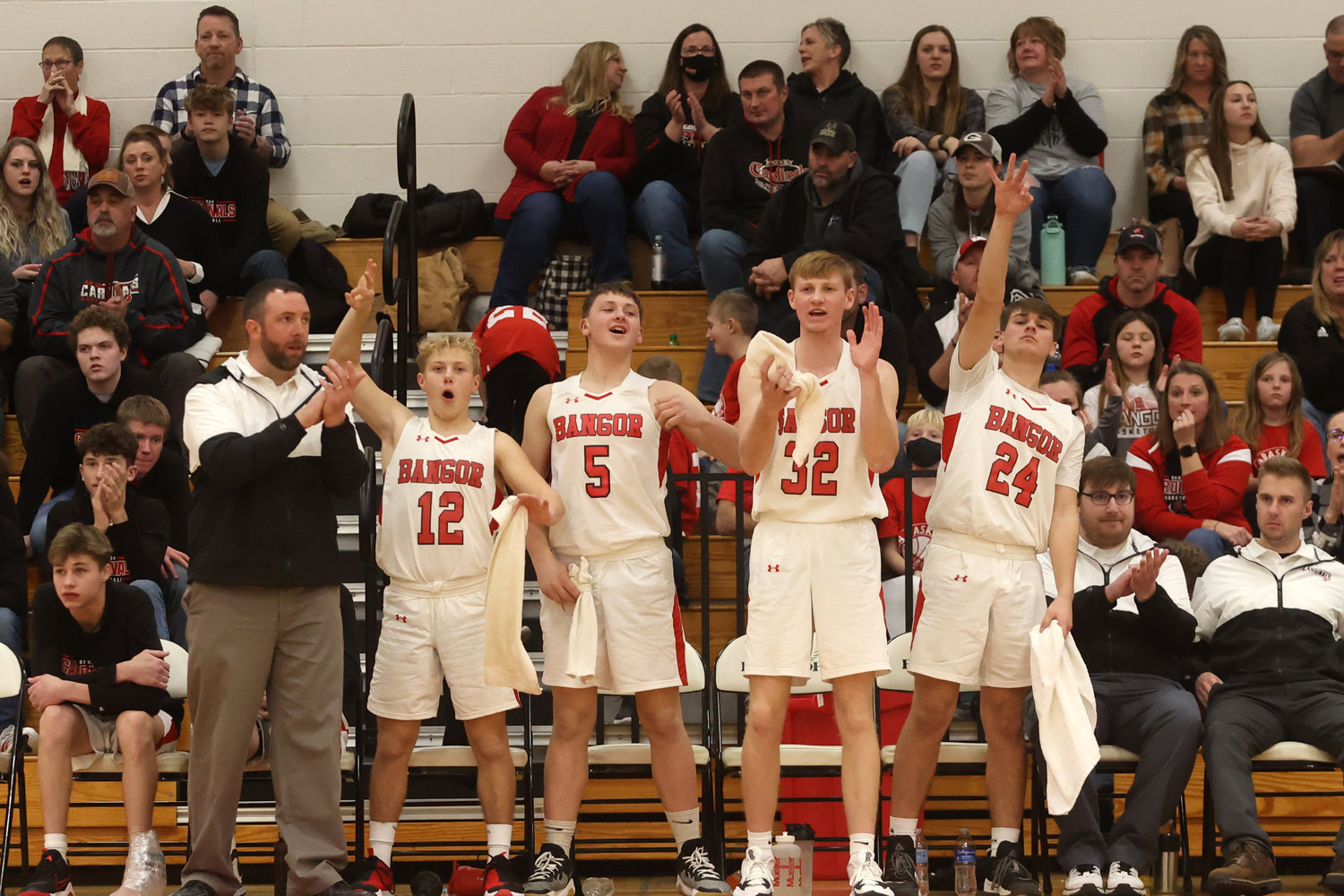 After suffering a conference loss for the first time in six years, the Bangor boys’ basketball team got right back to their winning ways one night later — and clinched a share of yet another Scenic Bluffs championship to boot.

The Cardinals (18-4 overall, 12-1 Scenic Bluffs) roared back with a dominating 86-40 victory over the Wonewoc-Center Wolves (3-16, 0-13) and secured at least a piece of their sixth consecutive conference title Friday, February 18 in Bangor.

The night before, Bangor had seen its 81-game conference winning streak dating back to February 2016 snapped in a 47-45 loss to Royall.

“To be able to get back on the court again Friday and play Wonewoc, I think it was good for the kids,” said Bangor head coach Jacob Pederson. “Good bounce-back opportunity there. (We) made the most of it.”

In the first meeting of season between Bangor and Wonewoc-Center back on January 11, the Cardinals had picked up an 81-36 win in Wonewoc. They dominated once again Friday night, building up a 52-18 halftime lead and then outscoring the Wolves 34-22 in the second half.

Wonewoc-Center senior center Ashton Spencer led his team with a game-high 21 points in the loss.

The Cardinals will now look to end their regular season by clinching the Scenic Bluffs crown outright. Weather permitting, Bangor will hit the road to take on the Cashton Eagles (17-5, 10-2) for a marquee rivalry clash Monday, February 21 at 7 p.m. in Cashton.

“Being able to clinch a conference championship — I tell the kids, these things don’t happen all the time,” Pederson said. “Being in Bangor, we’ve been part of quite a few of them, but it’s still special every time you get the opportunity to do that and it’s something that should be celebrated.”