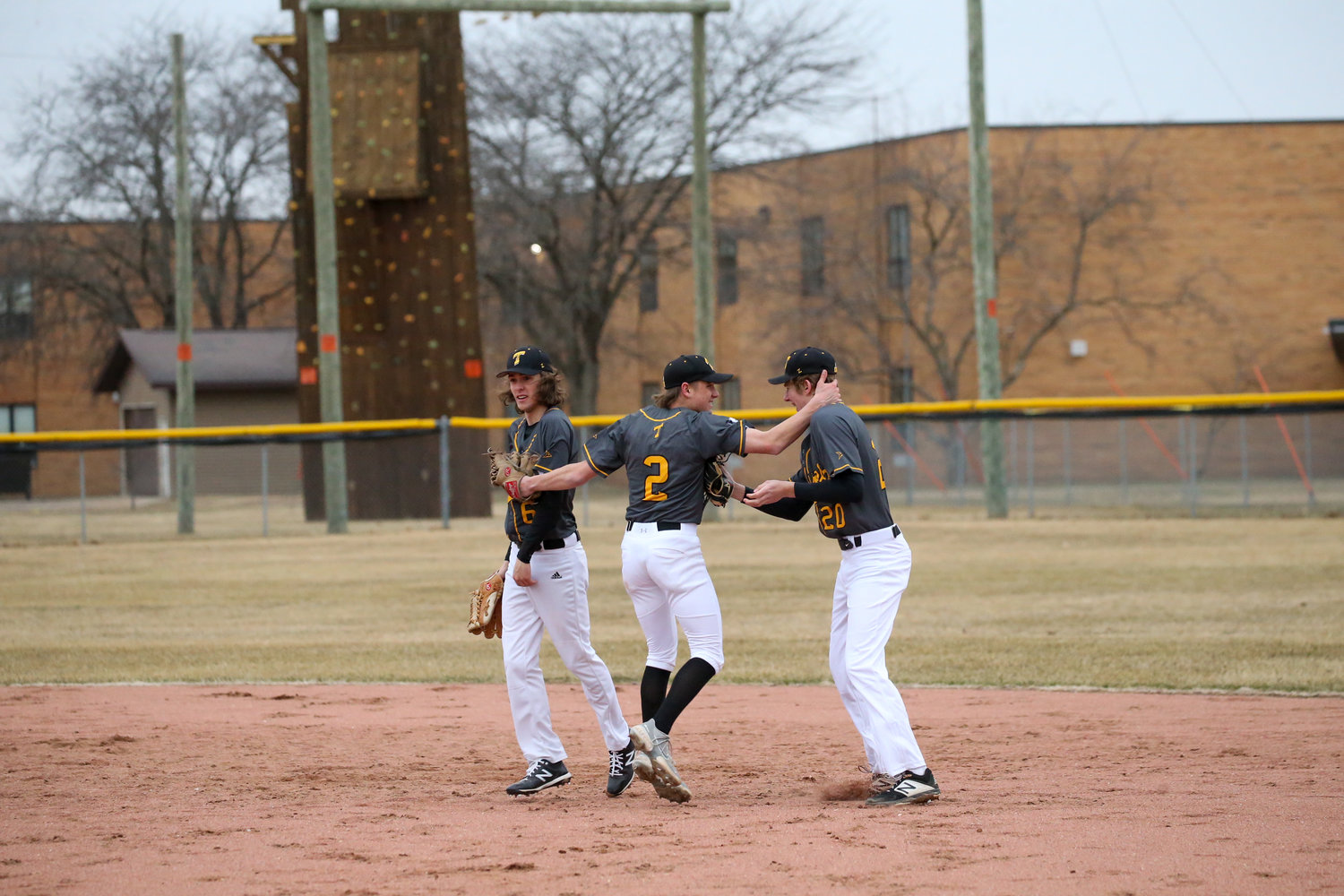 Despite having nearly a month’s worth of possible competition dates available so far, the spring sports season’s start feels anything but official yet. Once again, due to our regularly scheduled spring weather, our area sports teams have struggled to properly get into a groove thus far this season with most teams canceling or postponing more contests than playing anything.

The tale is not new, it’s something that spring sports have encountered for decades — their season is completely at the mercy of Mother Nature.

What does that mean for our area sports teams?

Weeks upon weeks of being trapped inside their school hallways or gymnasiums as coaches try to find the best solutions to simulate situations in baseball, practice form and technique in golf, or finagle a way to get live relay hand offs done in track.

Needless to say, it’s a season of improvising, a season of unpredictable scheduling and a season of start-and-stop progress for athletes who want to be the best version of themselves by the time the state tournament series comes around.

This weeks marks the fourth in which baseball could play an actual game. For the Tomah baseball team, they’ve managed to grind through three games in the first three weeks of the season — that’s an average of one game every seven days.

Head coach Ryan Brookman admits that the daily  process of figuring out if a game is on or off is exhausting, let alone the changes and challenges of making indoor practice plausible for his program, which fields three levels — a varsity, a varsity reserve and junior varsity.

Brookman said it’s a tiring process trying to stay on top of which teams go where for practice or games each day. Even so, he credits his players for rolling with the punches.

"(I) certainly appreciate the kids because they don’t complain."

Brookman talked about his team’s practice schedule so far. He says he has yet to have quality practice time on their own field, between cold, wind, wet field conditions and so on, but have made the most of the time they have had.

“(We) can’t cancel practice inside,” said Brookman, “We have to work inside.”

The baseball team does what it can inside, despite the fact that the facilities may not allow for a perfect practice scenario.

Brookman praised the work of athletic director Brad Plueger from the standpoint of making space happen for each spring team. After all, there are seven sports — three that are very participant heavy — that need to have some place to go when the weather continues to grip its wintery flavor. Baseball, softball and track and field each share space at the high school. Girls' soccer heads to the midle school while boys' golf and boys' tennis get space at one of the elementary schools.

Even with the "musical chairs" of practice space, there are still issues each sport contends with.

Brookman said he can simulate throws across the infield, but only a couple kids can work in the allotted space at the same time. There are indoor batting cages, but they’re too short to handle live pitching — which pinches both hurlers and sluggers.

The veteran head coach said he’s worked hard to even incorporate classroom time to get his kids prepared for as many situations as possible in the field. He said they have a series of codes that refer to specific situations and he quizzes his team on what each position should do to in those scenarios.

ALL IN THE SAME BOAT

There are similar stories around the area when it comes to jockeying for practice time and space.

Tomah head boys' golf coach Randy Neumann has space inside Miller Elementary in Tomah for practice when Hiawatha is not available, but even then, his golfers are limited to only certain aspects of the game that can’t all be simulated while hitting into a net indoors.

Neumann said they’ll replicate certain scenarios outside at the county fairgrounds as well, and puts an emphasis on trying to reproduce the pressure of an in-meet scenario as much as possible.

Bob Stuessel, Sparta baseball head coach, said he’s worked with his teams to go over base running situations on a smaller scale inside and tries to do as much as possible to get live pitching/hitting scenarios in batting cages.

In Cashton, Jeff Moreno said that he’s struggled to get his team on the field, but have been making use of any green space they can find around the school campus. Moreno shared similar sentiments of using gym space and batting cages to their utmost.

Places like Bangor and Brookwood make the most of their indoor spaces by using different practice times and working with each other to make things as easy as possible between baseball, softball and track and field.

Despite sharing practice times and spaces, the biggest hurdle area teams have struggled with this year has been the postponement and cancellation of games thus far.

As mentioned before, Tomah baseball has played just once a week in its first three weeks.

Other teams are on par with those numbers as Cashton softball has four games in, Bangor baseball has three, Sparta girls' soccer has a trio of games and the Brookwood track team has four meets — two indoor and two outdoor — in under their belt.

Each day is a new problem for athletic directors and coaches to solve. When a day is unseasonably cold or when heavy morning rains persist, it’s easy to cancel a contest early. However, most admin find that assessing the situation in the early afternoon is the most prudent use of their time.

However, that leaves each participating team in the lurch as to when and if they’ll actually play on any given day.

The worst case scenario is when a team flips a location at the last second, like Tomah baseball did with its season opener wth Black River Falls on March 29. The Tigers were supposed to host, but their field wasn’t ready while THS’s place was ready to roll, and so BRF — whom co-ops with Fall Creek this year — made a quick pivot to schedule bussing, get the Fall Creek kids on board and sent them off to their season opener.

“You’d like to put your energy into player development instead of program organization,” said Tomah’s Brookman. “We can’t anticipate (anything) until its actually cancelled.”

Brookman said he took stock of what remains of the regular season for baseball recently and found out there are just 38 days left before playoffs start. In those 38 days, however, his team has 22 games scheduled and just 14 practices available.

Softball, which started the week before baseball and, therefore, has one less week to get games in, is in a worse scenario.

However, as Tomah’s skipper points out, the pitching restrictions placed on any ace limits each team’s effectiveness when they get into a long stretch of games.

To this point in the season, Brookman said that that point has affected the development of his pitching staff thus far. Drew Brookman has tallied 13 innings on the mound this year because of where he fits in the rotation, but after that, no one else has more than 2 innings of live pitching under their belt.

To combat that difference in throwing, he forces his team outside on days like last Friday in order to get a live bullpen session in.

Working in the chilly temps is something he tells his team to expect and has tried to turn it into a mental advantage for them.

He says he gives his players clear instructions for what to do on a cold game day. Jackets and gloves when in the dugout, staying active and focused when in the field and paying attention to the body language of their opponent as they attempt to contend with inclement conditions.

He says that playing in less-than-ideal conditions is to be expected at various points in the season and that strong mental fortitude to get through it is what can power teams like his to find victories in those conditions.

“Don’t let the weather beat you.”